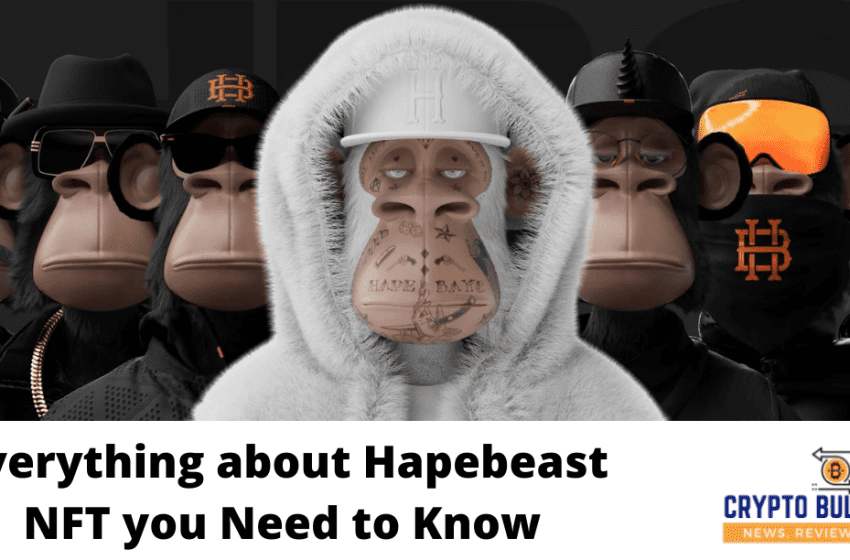 Countless highly anticipated NFT projects have gone away this year, but very few have grabbed our curiosity as much as Hapebeast NFT Project, which has been developed and designed by Digimental. The many stylised monkeys presented in three-quarter profile on Hapebeast plainly draw inspiration from NFT giant Bored Ape Yacht Club. However, the HAPES (as they’re known) use 8,192 distinct Ethereum-based NFTs to effectively steal stylistic elements from street fashion, tech, as well as music. Continue reading to learn more about Hapebeast NFT.

Designed and Styled by: Digimental

Digimental‘s latest art and fashion playground, Hapebeast, is based in London. The initiative merges style, technology, as well as community, and positions HAPES as next-generation fashion leaders, with the initial drop of 8,192 unique NFTs that is built on the Ethereum blockchain.

Hapebeast, a new NFT collectible, hasn’t even launched yet yet is already making ripples in the NFT community. The NFTs’ ultra-stylish apes as well as amazing 3D artwork have many enthusiasts swooning over the collection. The collection has so far attracted over 170,000 Twitter followers as well as approximately 500,000 Discord members, which is rather impressive.

What’s the right approach to get a HAPE?

This month, the Hapebeast NFT collection will be released. Acquiring a HAPE would be difficult for a collection for the collection that can become the next blue-chip project. So, how do you go about getting one?

Users can mint a maximum of two NFTs at release but if you’re an early investor of the project (an OG). There are 1024 OG spots and out of which 892 have already been assigned. Therefore, there is probably not a good chance that you will get an OG spot. So, you’ll have to join the whitelist, also known as the “HAPELIST.”  There you will be able to mint only one hape. Also there are 4096 HL spots, so hopefully you will get a spot here. You must be an “outstanding member” of the community to qualify for this. This includes anyone who creates art, music, poetry, food, and anything else that symbolizes HAPE.

However, according to Digimental, you don’t really need creative abilities to join the community.

There is also a firm roadmap in place for the project, which is separated into three stages. The first will include the initial drop as well as “Music to HAPE to,” while the second will include a new drop, unique collections, as well as “Simian engineering.” Clothing collaborations, ‘HAPE Couture,’ as well as ‘The runway to fame’ will all be part of the third phase. For the moment being, the team has not yet revealed any other details on the roadmap.

Despite this, Digimental has teased at “more exciting” things to come. He also stated that Phase 3 of the roadmap, in his opinion, will be a real game – changer for the NFT industry.

It’s a project that’s driven by the community. Hapebeast’s impending success will undoubtedly depend on its ability to appeal to the general public.

While working in the flighty NFT culture, it’s impossible to overestimate the importance of building and nurturing a massive following, encouraging individuals to engage with similarly minded collectors and help determine a project’s future rather than just invest in a representation of a monkey. And I think the Hapebeast NFT project is one of the most hyped projects and it will definitely be successful in the coming future.

We’re excited to see what Hapebeast adds to the NFT community when it launches! If you’re interested in learning more about the initiative, visit its website and follow it on social media!

Our Final Thoughts: Do not miss the NFT collection.