WazirX subjected to interrogation on alleged drug dealer on the platform 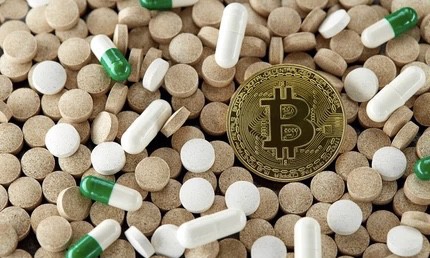 The Narcotics Control Bureau’s (NCB) Mumbai wing recently arrested Makarand Pardeep Adivirkar, also known as ‘Crypto king’ in India’s cloak-and-dagger drug circuit. Adivirkar had allegedly been making use of Bitcoin to get his hands on LSD on the Dark Web in November.

The system created by Adivirkar had been beneficial to him well for a couple of years until he was taken into custody by the police earlier this week. According to officials, Adivirkar would be paid by drug dealers in cash, after which the IT graduate would apparently score the hallucinogen from the dark web on their behalf, using Bitcoin. He would also take commission in cash for his work.

“The dealer would transfer the amount to a friend’s bank account, and the friend would transfer it to a third person, who would withdraw cash and give it to [Adivirkar]”

-Sameer Wankhede, the zonal director of the NCB unit in Mumbai.

Wankhede further told VICE on Thursday, June 17 that Adivirkar made use of his Bitcoin wallets to pay off drug dealers in Poland and other European countries via dark web.

Drug users on the dark web settle payments in cryptocurrency and then accept the drugs via postal services. A cryptocurrency like Bitcoin can be sent from person to person on a certain network without the need of mediators like banks, which makes it all the more difficult to track and impossible to counterfeit.

Since Adivirkar’s racket was dependent on cryptocurrency to maintain drug deals, he was known as the “crypto king”, and that explains his street name.

Reported by the officials, the crypto king’s drug swindle had been actively going on for more than a couple of years, but only became known when the NCB seized 20 blots of LSD from an Indian village in November 2020.

“We arrested five people with a commercial quantity of LSD made in Europe last November,”

As claimed by Wankhede, the quality of the LSD made them doubtful that it was not made in India and may have included the darknet, eventually leading the way to Adivirkar.

“He had multiple Bitcoin wallets on platforms like WazirX, and facilitated payments for multiple drug dealer networks in India,” said Wankhede

WazirX, India’s biggest crypto exchange platform, declared the claims as false, and said that Adivirkar did not use their platform in a Friday statement. With reference to interrogations about the denial on the same day, Wankhede said investigations were under way.

The NCB official said they were able to find the roots of Adivirkar after an intelligence operation recognised two dubious settlements he made from his Bitcoin wallet.

Officials doubted that he generated a network and was assisting multiple drug dealers sneak substances like LSD, meth, hydroponic weed and ecstasy from Europe to India.

As drug enforcement agencies in India clamp down on cross-border drug smuggling operations, Indians are looking to the dark web to score more and more.

“It’s cheaper for them to buy these drugs on the dark web and then sell them in India for a higher profit,”

He added that it has become in vogue for influencers and rich kids who do not want to meet drug dealers physically to obtain drugs.

The 2020 edition of the Global Drug Survey, the world’s largest drug survey, found that the percentage of people who reported purchasing substances from dark web sellers had tripled since 2014.