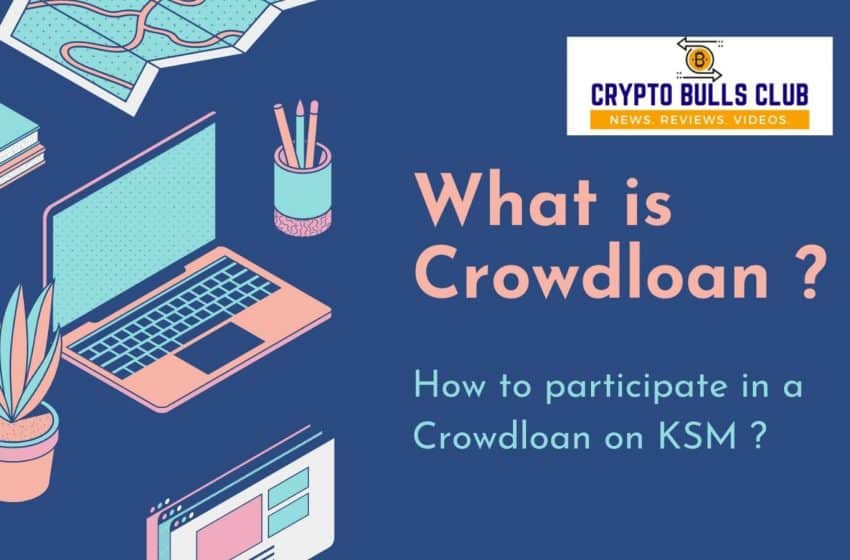 Crowdloan is a unique model for users to support and fund the parachain slots of Kusuma/ Polkadot network for projects. What is unique about this model? This is a way to airdrop tokens to people who have staked a certain asset for a certain period of time, and shown trust in your product. Currently, KSM crowdloans are happening. Polkadot crowdloans are expected to commence from October.

For any investor, KSM crowdloans are a way to stake your KSM for 48 weeks and get tokens of the project. Also, at the end of 48 weeks, you get your KSM back.

For anyone who is into the space of crypto since 2017, knows about ICO. ICOs were very popular in those days. ICOs have been replaced by IDOs now.

With ICO and IDO, you invest with either USDT, ETH, or BNB and you do not it back. You only get the new tokens. But with crowdloan, you get back your initial too.

Thousands of altcoins are launched with the help of IDOs (previously ICOs) but a lot of these projects are utter failures. This could be due to poor technology, poor marketing, scam projects and the inability of the coins to solve real-world problems. Due to these failed projects, a lot of investors lost and still lose their money while some back down from investing at all. This entire system of ICO and the consecutive failures called for a change and hence Crowdloan came into the picture.

For new projects, Crowdloan is a chance to gather the trust and support they need from the community. A successful crowdloan leads them to winning a parachain slot. The term “Crowdloan” does not indicate that the participant is loaning funds to the parachain, it rather means earning benefits by locking up KSM or DOT tokens.

If the project fails to win in the auction, the tokens are unlocked and returned to their respective owners. This is basically a way for the users to bid KSM or DOT tokens in an auction.

Before we understand more about Crowdloan, let us understand a bit about Parachain and it’s importance.

What is a Parachain and why do we need an Auction model?

Parachains, derived from parallel chains, is a network of layer 1 blockchain running parallel to Kusama or Polkadot blockchain. Parachains are connected to Polkadot Relay Chain and are cross-chain composable. Any data or asset can be sent between parachains. They can interact with each other. This opens up a host of new use cases.

However, there can be only 100 Polkadot parachains as of now. The number can be extended later. Hence, it is important to choose the projects in a proper manner, that’s why we need an auction mechanism.

For an auction, the projects need KSM, or DOT. And for the KSM, or DOT that we need to bid in an auction is raised though crowdloan. It is not necessary for every project to raise KSM or DOT through crowdloan for securing a parachain slot.

For the projects that participate in a crowdloan, they fight against each other for the parachain slot.

Now I think it is clear, why we need a Parachain auction and how it is related to a Crowdloan.

How does the Crowdloan model work?

Now that we have understood Parachain auction model, it will be easier for us to relate the same to Crowdloan. Since we need a permission less way to choose which project should get the Parachain slot, here comes the Crowdloan model.

As we have established earlier, Crowdloan is a practice by the new projects to gain trust and raise funds through the KSM and DOT tokens.

Via Crowdloan, the participants contribute KSM or DOT.

After gathering tokens from the interested participants, the project submits a bid using tokens. The tokens are duly returned to the user at the end of the lease period. The participants get rewarded, the project opts for crowdloan to be successful. It’s a win-win for both the parties.

How to participate in Crowdloans on Kusuma  :

The users can access a Crowdloan through Polkadot.js GUI (on-chain), a custom dashboard or through a custodian like Binance or Coinlist. Basically, one can participate in Crowdloans without any KYC or restrictions but make sure to have a Polkadot account or tokens. Follow the given steps to participate in a Crowdloan : 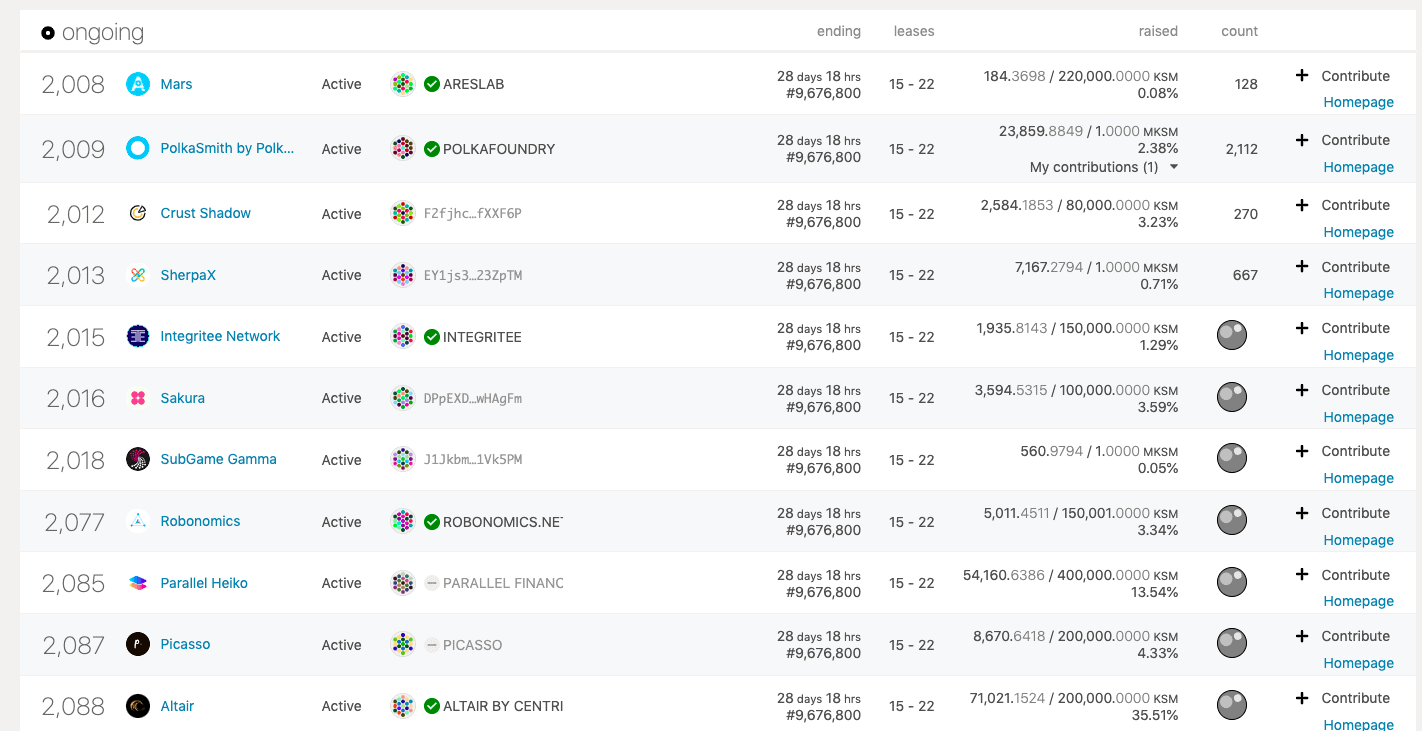 You can SAVE THIS page. We will keep updating the page with the best crowdloan options.

Technically, one can participate in any Crowdloan on Kusuma without any KYC or restriction but different Crowdloan campaigns have different terms and conditions.

KSM is listed on several exchanges including Binance, CoinDCX, WazirX, etc. The users can Buy KSM tokens from the exchanges.

No, it is not possible to cancel a contribution that is already made. One can wait to receive back the tokens after a certain period of time.

The minimum amount of contribution that should be made is 0.1 KSM. Some teams also choose to set their own minimum contribution amount.

Crowdloan is a new concept but it is surely intriguing. It is here to change the traditional way of exchanging tokens for new projects. Not only it benefits the project to raise funds but also benefits the users. The KSM crowdloan is supporting the success of Polkadot as well as being a platform for the success of upcoming projects. It is a better and less risky alternative than ICOs and aims at solving all the challenges faced by users in contributing tokens.