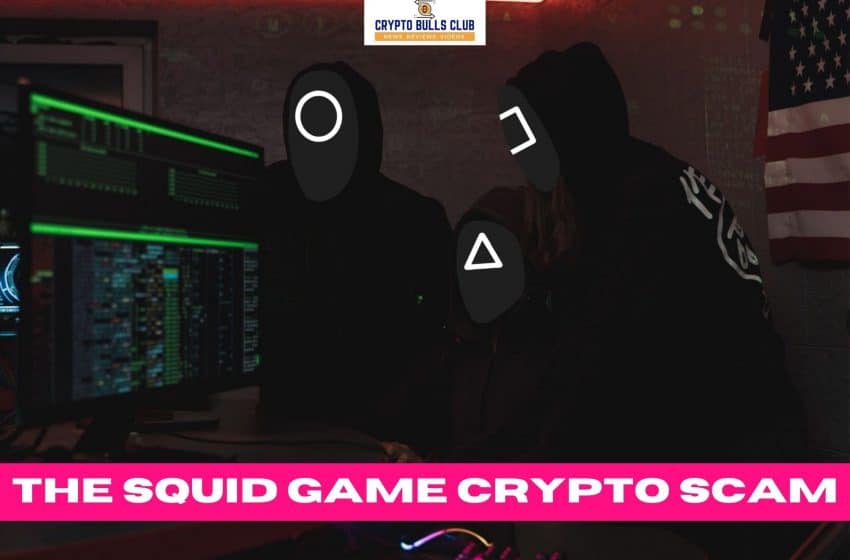 A series like Netflix’s Squid Games quickly becomes popular, and that’s when people reap the benefit of it for their own gain. This is the perfect example of the Squid Game cryptocurrency, which went viral online. You may have heard that the value of the squid coin, like meme cryptocurrencies like Dogecoin and Shiba Inu, is increasing at astronomical rates. However, unlike those coins, which can be purchased on a variety of exchanges, the Squid coin can only be obtained from its dubious and anonymous creator.

The Squid cryptocurrency was only released last week, and it came with a slew of risk factors, including a three-week-old website riddled with weird spelling and grammatical errors. The website, which was hosted at SquidGame.cash, has vanished, as does almost every social media presence that the scammers had set up for themselves. Other warning signs included Squid’s Telegram channel, which was set up by unknown scammers and did not allow outsiders to comment. Also, no one was able to reply to tweets on the associated Twitter account. 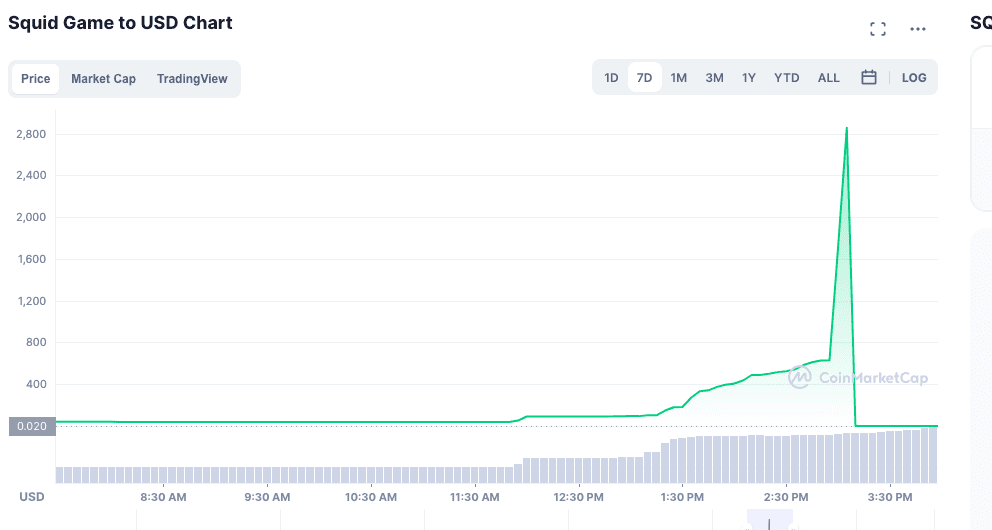 The biggest issue with the Squid crypto coin, however, is that it cannot be cashed out. That means you won’t be able to obtain the coins and save them in a wallet or sell them. PancakeSwap, a decentralized exchange service, is the only way to purchase squid tokens. BSC have become the epicenter of most of the rugpulls. This isn’t your typical centralised cryptocurrency exchange like Bitfinex or Binance. That’s where the majority of people buy Bitcoin, Ethereum, and other volatile meme coins. With decentralised exchanges, team was able to stay anonymous. No one was able to stop mainstream newspapers and media outlets like the BBC and Yahoo News from publishing stories about the 83,000% increase in value in just a few days for the new Squid game cryptocurrency.

The project’s website included a fake promotion from Elon Musk, the CEO of SpaceX, and Tesla. He takes bitcoin and cryptocurrencies seriously, but he also trolls the market quite a bit, with Dogecoin as one example. However, he never advertised the Squid token on the internet. He was merely referring to a Netflix series. A lot of users miss-interpreted the tweet, and FOMOed into buying SQUID token, and then could not sell their tokens.

The unidentified creators behind the Squid cryptocurrency have publicly shut down the project, stealing approximately $3.38 million in the process. Because investors could buy cryptocurrency but not sell it, it was only obvious that this was the case. However, a significant number of people did not receive the alert in time. At its highest, the Squid game cryptocurrency was worth the price of $2,861 before it crashed down to zero. This type of theft, which crypto investors refer to as a “rug pull,” occurs when the makers of a cryptocurrency instantly cash out their cryptocurrencies for real money, thereby depleting the liquidity pool on the exchange where they were created.

This is perhaps the most recent instance of scam artists exploiting popular culture to gain media attention. Mando, a virtual currency that made use of pictures from Disney+’s Mandalorian TV show without its permission, had a similar incident earlier this year. Scammers love the crypto space because it’s so difficult to tell the scammers apart from those who are genuinely aiming to establish a legitimate cryptocurrency, perhaps because the concept of creating your own currency is deceptive in itself.

Do not expect the price of SQUID GAME Crypto to go up again. The best you can do is to forget about this scam and from next time, do your own research thoroughly before investing.