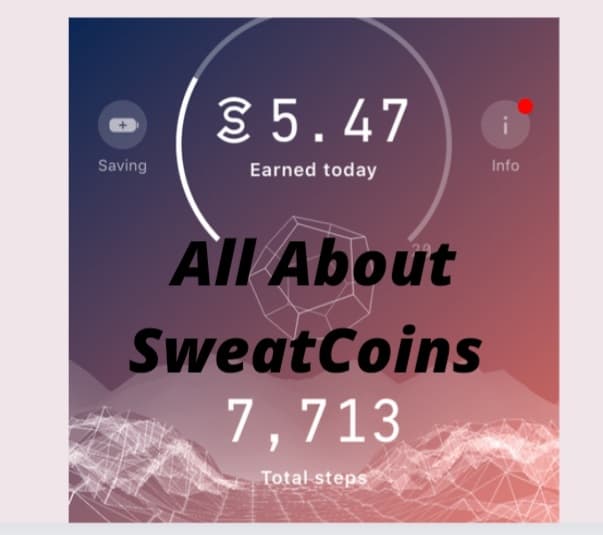 Sweatcoin – Get paid to get fit? That seems like the new trend all around these days! Now, how useful do you think these move-to-earn applications are? Are they really so concerned about a fit society that they are ready to pay for it? Or are these just capitalist ventures that eventually turn out to be scammed?

Well, let us not judge too hastily. Move-to-earn applications are indeed garnering lots of attention and albeit positive attention. So in this regard, it becomes important for us as aware netizens (and citizens), to know about the working of these apparent community aiding applications.

One of them is the Sweatcoin app that pays you for walking. Let us see how it is!

Sweatcoin is a free move to earn app with more than 64M downloads, that helps you earn in exchange for moving. You walk and the application counts the steps. And it is with respect to these steps that you get the returns. You are paid rewards daily.

The returns are paid in the native token of the application which is SWEAT. SWEAT token has not been launched yet, but it is in making.

The vision of this application is to contribute to society.

How so? Because of the Sweatcoin, you earn, indeed it can be used to purchase many NFT and cool products in the virtual marketplace, but this token can also be converted into money that can be donated to charity and used for whatever purpose you want.

Sweatcoin is #1 Health app in a lot of countries including Lebanon, Malta, Netherlands, Poland, Portugal, Spain, Switzerland, the USA, the UK etc.

It is currently trending in App Store across multiple countries.

How to Earn Money with Sweatcoin?

Sweatcoin is like any other move-to-earn fitness application. To start earning on the application, you first need to download it and set up a profile. After that, you must log in your health and fitness data and connect it with the phone’s GPS with the app’s tracker. Once that is done you are free to move.

Note: The first level of Sweatcoin known as the Mover allows you free movement and gives you returns accordingly. But with level upgrades, the sum you need to pay also increases. (We shall talk about this later in the article).

So how does Sweatcoin calculate the money it returns.

Well, the application has an inbuilt tracker that counts the steps you walk. For every 1000 steps, you are paid around 0.95 sweat or SWC token.

Is Sweatcoin a Free or Paid App?

Yes, the app claims to be a free app that tracks your run and gives money, but that is only in the case of the Movers level. The consecutive level after Movers is named Shaker, Quaker, and Breaker. Troublemaker is one level that is still under development.

Well, the catch does not end here, another potentially annoying idea for the users would be that the Sweatcoin app limits the steps you can work!

This is done by a program that runs in the background while counting your steps. Now, the app is coded in such a way that it could count only the number of steps till it reaches the individual benchmarks for the levels. Beyond that, it will stop counting.

How much can you earn with Sweatcoin?

See, a free Mover allows you to earn only 5SWC per day. So the application will track and count the number of steps till you walk the number of steps required to earn 5SWC. After that even if you walk more it will not be counted neither shall it earn any return for that bit. While a level like Shaker allows you to earn 10SWC per day, it costs you 4.75 a month. Similarly, quaker and breaker cost 20 and 30 and let you earn 15 SWC Nad 20 SWC per day respectively.

What I do not like about Sweatcoin: My Honest Review

Personally, we think that this is a pure marketing tactic. Marketing what? Marketing their premium offers that include upgraded levels.

Now think about it, say you love walking. On a daily basis, you generally walk a particular number of steps.

This gets frustrating for the user. Because see, the vision of the app involved people moving in exchange for some Tokens that could be used for other purposes.

But if your movement is without the warning, what is the point in opting for the application?

And it is perhaps this reason users choose to upgrade to the next load levels. Just to increase their earnings. Here also you notice a glitch. That is once you have paid for the level, you have to abide by it every day. If you don’t, you will miss out on SWCs.

So this is a way where the players will also get limited- it is like you cannot indulge in bad days and move fewer steps without being anxious about the points you are losing during that time.

Another thing about the app is that in spite of an inbuilt GPS system, it does not calculate the distance. It just displays the number of steps you moved.

Sweatcoin has a userbase of more than 64M users, more than 10M download on Android alone. Sweatcoin is helping a lot of web 2.0 users shift to web 3.0 with its new Move to Earn concept. You can use the coins you earn to buy gadgets, sports & fitness kit, buy services & experiences.

Sweatcoin is built on NEAR protocol and will go live very soon. Please note, SWEAT is not live yet.

The long-term goal os Sweatcoin is to create a SWEAT DAO that will decentralize the ownership completely. If it becomes a decentralised organisation, the users will have the power over their data, future decisions, monetisation etc.

Even if you do not make any significant money with SWC, you will atleast be fitter than you are today, if you download this app and start walking. This is something I like about this app.

Also, Sweatcoin is not a new app that’s launched in the market. They are into this industry since 2015.

When was SweatCoins founded?

Sweatcoin was founded and launched in 2015.

How are Sweatcoins helping society?

As reported by Derlyatka in an interview in January 2022, Sweatcoin converts physical steps is Sweats Tokens. And these Tokens allow users to purchase NFTs from their marketplaces, but it also allows them to donate them to the SweatCoin’s NGO partners that are claimed to be supportive of humanitarian and environmental causes. These NGOs are also known to support and aid animal preservation.

Does Sweatcoin pay you with money?

This is a catch with the Sweatcoin application. It will not give you actual cash in hand. Rather you will be able to earn coins, that are more on the side of being actually points.

Does Sweatcoin have a marketplace?

No, as of yet sweatcoin is not sold on any official marketplace or exchange. The reason being it is not placed on any blockchain. (Though very soon it is scheduled to solve this and be locked on a blockchain).

Where is Sweatcoin sold?

So if not on any official exchange, then where should crypto-like Sweatcoin be sold? It should and is sold on the company’s Discord and Reddit platforms.

What is the present value of Sweatcoin?

In the recent past, all over the value of one Sweatcoin ranged between 0.02-0.05 dollars. But after the latest announcement about the SWEAT token, this value seems to have risen and varies between 0.05 and 0.09 dollars. Though it is not the official cut and is subject to fluctuations.

How popular are SweatCoins?

Presently the Sweatcoin projects span a vast population of the world. The number of registered users sits somewhere around 50 million. Sweatcoin has broadly been used in around 50-plus countries.

Is Sweatcoin legit or a SCAM?

Well, sweatcoin is not a scam. I mean it does pay you. Just not in cash. But in crypto that is Sweatcoin token and these Tokens you can redeem for in-app products from marketplaces.

Is Sweatcoin safe Move to Earn App to Use?

As of yet, there have been no reports of sweatcoin applications compromising your personal data or anything. It claims to keep information private and anonymous and usually accesses it for only research purposes.

Again as commented by Derlyatka himself in his interview back in January, presently Sweatcoin is working to expand its user base across more countries including Latin America, India, Asia Pacific, and Australia.

He also expressed their desire to make SWC an independent currency, as big as the American dollars with regards to user base and recognition.

Recently in April 2022, it was announced that Sweatcoin would launch its new token SWEAT. Now you might wonder, what its difference might be with respect to what the Sweatcoin users already hold, the SWC?

Well, that is what we are going to talk about now.

The launch of this new token would include a Token Generation Event where users are allowed a once-only offer to receive an equal amount of SWEAT as much as the number of Sweatcoin held in their wallets. For example if at the time. of launch you opt-in with 1000 Sweatcoin then your wallet may be credited with additional 1000 SWEAT.

The new token SWEAT allows the users to mint currencies just by using their shoe leather. (While we are still not really clear about this shoe leather usage we can talk about other updates.)

SWEAT will be using NEAR as its blockchain provider. This token can be used in trade with around 600 partner brands. It can also be used for charity donations.

For instance, as Derlyatka announced 1000 steps can earn you one SWEAT. This can be redeemed for goods and services in the application in brands like Reebok. It can also be donated to charities via Sweatcoin For Good.

The announcement of the new token took the Sweatcoin users by storm and within 24 hours garnered around 150,000 user sign-ups.

The new announcement also talked about allocating Sweatcoin wallets to the user. These wallets would have multiple DeFi functions such as crypto swap onto other currencies, liquidity provisions, and staking also! Though this wallet would generate some fees for the functions too.

The company also claims that with time the minting of the SWEAT could become difficult and challenging and thus it is better if one invests in it now as later on its value might increase.

Though we are not sure about the actual launch dates or the particular methods of the minting process, updates will be available soon.

So as you see, like many other move-to-earn projects, SweatCoins is also garnering a lot of attention. And with its latest update of the new token, it has come to the forefront even. Although as we spoke that there are some catches and limitations that if addressed would have made the application the perfect medium to earn and get fit. But again, this is the company’s marketing tactic of attracting more users to its premium or paid offers.

All in all, Sweatcoin presently look like a mixed bag of good and bad. You could invest, but you have to be committed. Or else your earnings will not make any difference.

That said, we would again like to point out that Sweatcoin, or any crypto in general is volatile. So you cannot blindly trust our extremely non-professional article and decide on investments. Our article is just an expression of our personal opinions and may be subject to inaccuracies. So we urge you to do your own research, secure your financial bases if possible consult a professional financial advisor, and then only proceed with such speculative investment.

Hope this article was helpful enough for you!