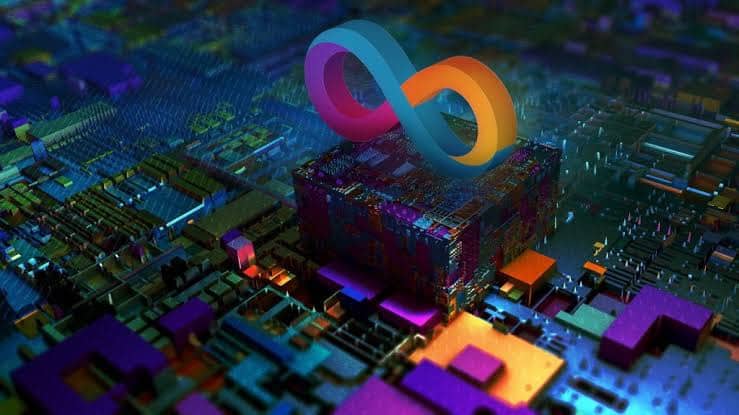 What is DFinity (ICP)?

A competitor of Ethereum, Swiss-headquartered DFINITY is a global computer network based on blockchain technology.

Its network organises business applications at order and its purpose is to construct, advance, upgrade, and maintain the Internet Computer.

It is a foundation registered in Zug which administers development and research centers in Zürich, San Francisco, and Palo Alto, as well as outlying teams throughout the globe, who focus on cloud computing based on blockchain technology.

What does Dfinitiy want to become?

The main objective of DFINITY is to make cloud services cost effective by constructing a decentralised “internet computer”. This was launched in 2021 itself.

As per the DFINITY, settlements are completed between 3 to 5 seconds on its network, in comparison to Bitcoin which takes up to 1 hour, and Ethereum which takes around 10 minutes.

“Onboard as many interested developers, entrepreneurs, investors, and enterprises as possible.”

-The firm’s most important mission as stated by Dominic Williams

What is Internet C0mputer (ICP)?

Internet Computer transforms the features of the open Internet into a worldwide compute platform. The Internet Computer’s intrinsic software is hosted in an environment that cannot be tampered with. This very property makes it achievable to build systems that do not rely on fault tolerance, support systems, and firewalls for their security.

This enables integration among various systems, even a task as easy a making a call, and naturally retains memory, which in turn rules out the requirement of conventional files. This allows organisations to dispense self sustaining framework like database servers.

Such characterises help internet software systems to totally be independent and see to the present time security risks while also significantly decreasing the high cost and complexity of IT.

Back in 2018, DFINITY reported about launching and distributing its tokens worth of $35 million in an airdrop. The firm had planned on making a “Cloud 3.0”. However, due to concerns regarding regulations, no tokens reached US citizens.

The Internet Computer Mercury Genesis Event happened on 7 May, 2021, and the mainnet as well as ICP token launched on 10 May, 2021. The new currency had created quite of a buzz, and its value rocketed to $35 billion in only 3 days, which is impressive.

Is buying Dfinity worth it?

With DFINITY, these opportunities increase as the Internet Computer is amplifying and increasing the features of the public internet, from a worldwide platform to a public compute network.

A large number of people will make use of the same to make the process of building websites and enterprise systems easier, sans the requirement of technologies like firewalls, databases and services.

Tycoons and developers can have the benefit of the growing “open internet boom” to build DeFi applications, pan industry networks and public internet services by creating reinstalled software straight on the public internet.

It is certainly expandable and decentralisation, permitting applications to run on the Internet endlessly.

In my opinion, there is a wide array of opportunities with DFINITY and more to come in the time being. Let us know your views as well in the comments.

What is the current Price of Dfinity?

Dfinity is currently trading around 50 USD. The price since the launch has fallen more than 90 percent.

Looks like the Dfinity price has bottomed out for now. We should see a small relief rally.

For the month of June, I am expecting price to trade below 82 USD. There is a resistance around 68 USD. If ICP breaks 68 USD, next stop is 82 USD. After that 108 USD is the next resistance. Around 125 USD there is a strong resistance. 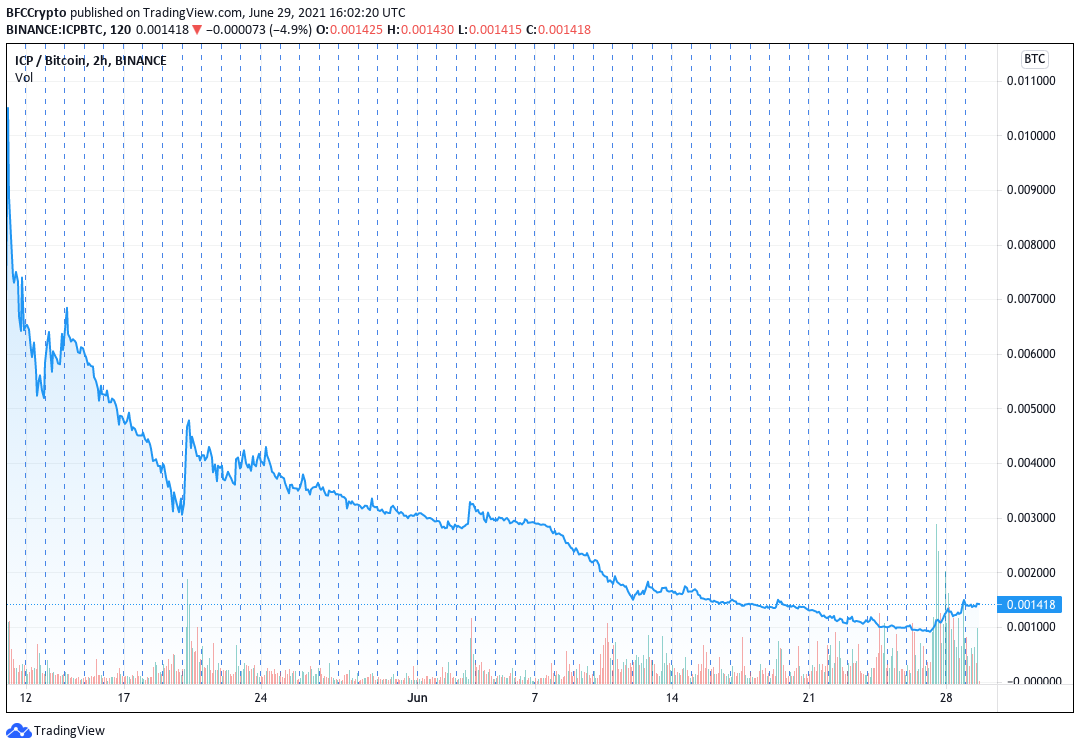 ICP BTC, according to me has bottomed out as well. I am expecting a bounce back. We have a strong resistance around 0.0032. If we cross that, next resistance is around 0.0048. Currently it is trading around 0.001418. So in next two months, I am not expecting more than 3x in terms of Sats. Short term, it is looking good to be in ICP.

Long term, I do not have much expectations from ICP. According to me ICP was listed at a much higher valuation. Let us know what you predict about ICP price, in the comment section.

Currently the market sentiments around ICP is neutral.

According to me ICP is a BUY or HOLD for now. If you are thinking to sell ICP around 51 USD, I would suggest you to wait.

I only am looking for a short term gains in ICP. Long term, I am going to short ICP. For now, short term, I have longed ICP.

Should You Invest in ICP?

What I have seen is most of the alts in a bear market almost dried up in price. Although the price has fallen more than 90 percent, with alts, going down another 95 percent is not an impossible thing. We had seen the same happening with most of the alts in the 2018 bear market. Having said that I would also like to say that ICP is am extremely good fundamental coin. With more development around the Dfinity ecosystem, the price may go higher. If the market shows some bullish sign, ICP can be a good investment long term.

Well, this is something impossible to predict. A lot depends on how Dfinity perform from here. If they are able to complete their goals according to their roadmap and grow a complete ecosystem, by 2030, ICP could touch 1000 USD. This is just a prediction and for this to happen, BTC and the crypto as a whole needs to grow by another 2-3x, which is not unlikely.

Note: None of the what is mentioned in the article ‘DFINITY: Why is the price Falling? ICP Price Predictions’ is a financial advice. Please join us on Telegram @Cryptobullsclub, if you would like to discuss current ICP price.