Gods Unchained: The Blockchain based Play-to-earn Game in 2021 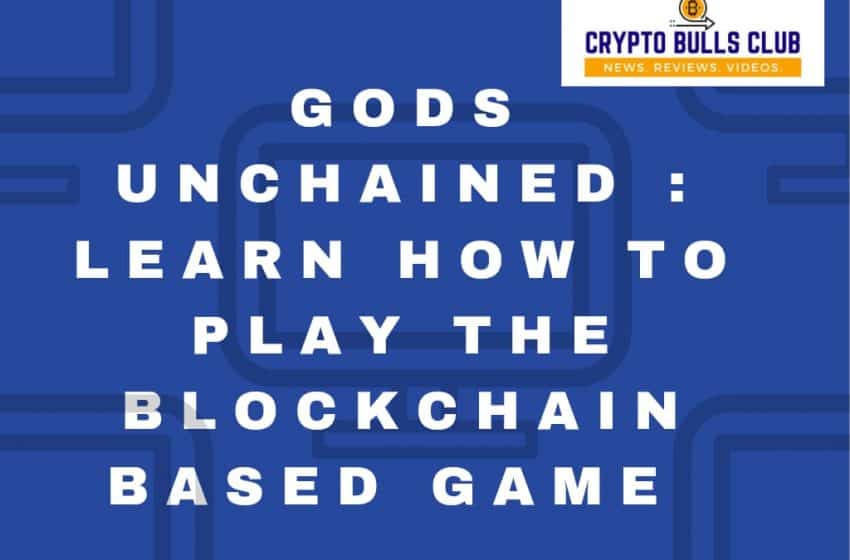 Gods Unchained is a play to earn blockchain based NFT game that gives the gamers true ownership of their game and in-game assets. It is a trading card game built by Immutable on the Ethereum blockchain. The game uses a Play-To-Earn mechanism and allows the players to build and trade with true NFT ownership.

The crypto sphere is all about invention and adoption. Recently, the popularity and adoption of Blockchain games has got people wondering about the best blockchain based games that can be a source of passive income as well as an introduction to NFT’s and Crypto. Blockchain gaming is indifferent and opens up a world of opportunities for gamers and potential players. Monetising your hobby is no more a dream. So, let’s dive into this fantasy card game to learn more about it.

What is Gods Unchained? Gods Unchained is a crypto-inspired card game built on the Ethereum blockchain by Immutable. The game is free-to-play as well as follows a play-to-earn system which has made it one of the best blockchain games in the market. The game is led by Chris Clay, who was the former Game Director of Magic : The Gathering Arena.

Gods Unchained believe in true ownership for the players. “If you can’t sell your items, you don’t own them”, so in this game the players have complete ownership over their cards and the users are free to trade, sell or own their cards in any way that they like. GODS is the native token of the platform which is used to create an NFT, for in-game purchases, and is distributed as a reward to players.

Gods Unchained is the story of divine beings ruling over the cosmos seemingly without end. The game is about a divine contest where each user has their own set of cards and they have to choose a God power and a heroic mortal to imbue with the divine powers. There are six main characters and they have to compete and prove which gods’ supreme power will reign over.

The 6 main characters of the game are :

How to get started with the Gods Unchained Blockchain Game?

In order to start playing on Gods Unchained game, follow the given steps :

How to Play Gods Unchained Game?

The new player will be asked to play a tutorial game for their first experience. Once the player has learnt the basics, they can play the other game modes. There are currently three game modes :

The new user is given 70 cards, and 2 copies of each card. These cards are used to build decks and a single deck requires 30 cards which have to be aligned to one of the six Gods (Mentioned above). You can customise your decks as per your choice by clicking on “Choose Deck” and if you don’t know how to build a deck, then choose one from the 6 samples aligned to different Gods.

After choosing a deck, choose the “God Power”, Each God has 4 powers. The player is expected to choose one before the start of the game and click on “Confirm”. This God power cannot be changed during the match. 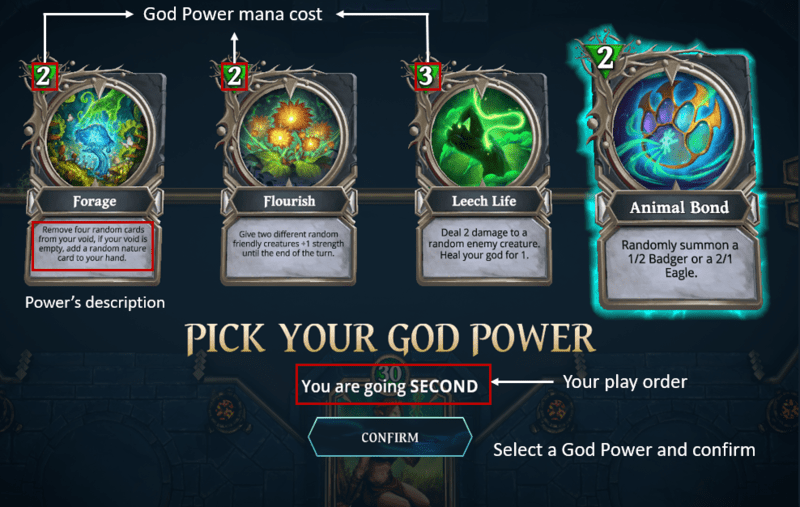 Further, you have 4 chances at hand to replace your cards. The users are advised to replace cards that cost them more than 4 mana (Every user has 9 mana gems). Click on”Replace” to change your card or just press Keep these in order to stick to your cards. 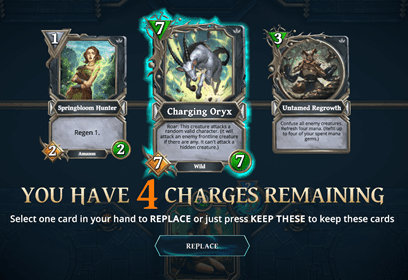 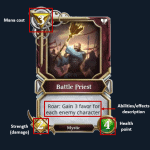 Different cards have different effects on the opponent player. The user can have Blitz, Burn, Deadly attack, Confused, Hidden attack, roar, etc. These are the ways a player can defeat their opponent.

If the player wins against their opponent, they can get rewarded in Stars, Flux and packs of cards. This helps them level up their skills as well as upgrade their game to win ranked battles. The stars are used to purchase game cards. The FLUX is used to combine two normal cards into one meteorite card. This meteorite card is minted as an NFT on Immutable X market.

Disclaimer : The forging is currently disabled and hence one cannot earn from the game right now. But, it will be active as soon as the marketplace is active and GODS is listed on different exchanges.

CONCLUSION: Is Gods Unchained a game worth playing ?

The game has shortly turned widespread and has managed to gain a huge base of gamers. The gross sales have also consequently increased. $7 million+ worth of cards have been exchanged by now and the blockchain-enthusiasts see this game as the next best thing. It will get more hyped up once the native token GODS is available on different exchanges. It is surely a game worth playing and earning from it. The blockchain games are soon going to overtake the market, so start practicing right now.

Gods Unchained has recently announced GODS token sale on Coinlist. You can read more about it here