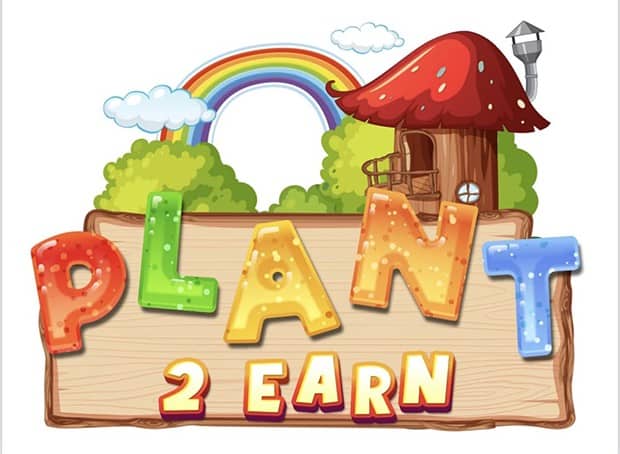 Plant2Earn is a P2E (Play to earn) strategy game which uses defense and is built on the Binance Smart Chain (BSC) blockchain network. The gameplay is very similar to that of CryptoBlades, CryptoDrakeBall with a promised, high ROI.

Plant2Earn utilizes a Play-to-Earn mechanism for users to generate P2E (the game’s native tokens), and simultaneously enhance the value of the player owned NFTs with the game’s features in the future. The NFTs can be exchanged for the P2E tokens on the marketplace, which can eventually be traded on exchanges (such as PancakeSwap) or the tokens can be converted to fiat currency.

The major NFT which can be accessed on Plant2Earn currently is the Plant Warrior, these characters fight against the invaders the in EDEN Garden in Plant2Earn. The value of a plant warrior increases only when the gamer defends in the battle. The game’s storyline begins with:

The game-play involves planting a Warrior from Seed and fighting against the Youkai, who are invading the empire. The player can accumulate solar energy, and earn P2E tokens by winning the battles against the enemies.

The gamers can interact and engage in the “EDEN Garden” located in the game, and acquire P2E tokens by battling the Youkai, by using their Plant Warrior NFT assets. These issued NFTs owned by the players, run according to the standards of ERC-721, powered by the Ethereum blockchain network. These P2E (Plant2Earn) tokens can be exchanged on the Plant2Earn marketplace to generate earnings.

The P2E tokens are used by the players for purchasing the seeds, to strengthen the equipped seed’s elements, and to trade on the marketplace of Plant2Earn.

How to get started on Plant2Earn?

How to earn on Plant2Earn Play to Earn Game?

Players open the Plant Warrior from the grown Seed. Each Plant Warrior begins its journey from level 1 and is equipped with a random rarity, whenever it is summoned. The Plant Warrior’s rank ranges from F-D-C-B-A-S stars, depending on the player’s luck. A Plant Warrior that belongs to a higher rank, will result in greater rewards paid out to the user, when the warriors fight in EDEN Garden and win against the Youkai invaders. The rewards are in the form of P2E tokens.

As the user progresses in the game, they obtain elements which can enhance the capabilities of the Plant Warrior, which will result in a higher payout rate per executed defense.

Players can plant multiple seeds and grow them. If the player gets lucky, they can collect the rare Plant Warriors and sell them on the marketplace in exchange for P2E tokens.

Choose a monster to fight for greater chances of winning

The mechanism employed for fighting monsters is used to pay rewards. The win rates vary upon the four different options, ranging from 90% to 30. The lower the win rate, the more attractive are the rewards.

The four options for monsters with differing winning probability are:

Note that each Plant Warrior comprises of 12 maximum mana, starting at level 1. After every battle, the warrior loses 3 mana, which can be recovered completely after an hour. The player can choose to either wait for up to 12 hours to fight four times or three hours to fight only one time.

When the player joins the game, they will be allotted with a timer, to recover every Plant Warrior’s energy after a battle. The maximum limit of the energy bar is 12 hours.

As an approximate, users can expect to earn up to a maximum of 6 or 7 P2E token per day,for every plant warrior purchased with 20 P2E.

PEC stands for Plant2Earn Character, and represent for the Plant Warrior NFT in your wallet.

Mana Each Plant Warrior has its own mana. Full mana bar is 12 point.

Therefore, in 12 hours, the Plant Warrior can participate in maximum 4 battles and need cooldown after that.

This means that in 24 hours, each plant can get 8 times join the defense in the EDEN Garden with each 3 hours waiting.

The Rank as well as the level of the plant warrior during battle defending will determine the P2E rewards for victories.

Plant2Earn: Can you really make money from this Play to earn game?

So far, the game has completed its whitelist, airdrop, first public sale of the P2E tokens and the release of the EDEN GARDEN. Plant2Earn is currently nearing the end of its Stage 1 in its Roadmap. The P2E tokens was recently listed on Coingecko and Coinmarketcap. So far, people did make money with Plant2Earn.

Is Plan2Earn Game a scam?

There is a reddit thread on Plant2Earn that has called it a scam. Do read it yourself to decide. The best would be to put a very small amount and not go big with this project. A lot of members have been kicked out of the discord for asking questions. The Dapp also has been down for a long time now.