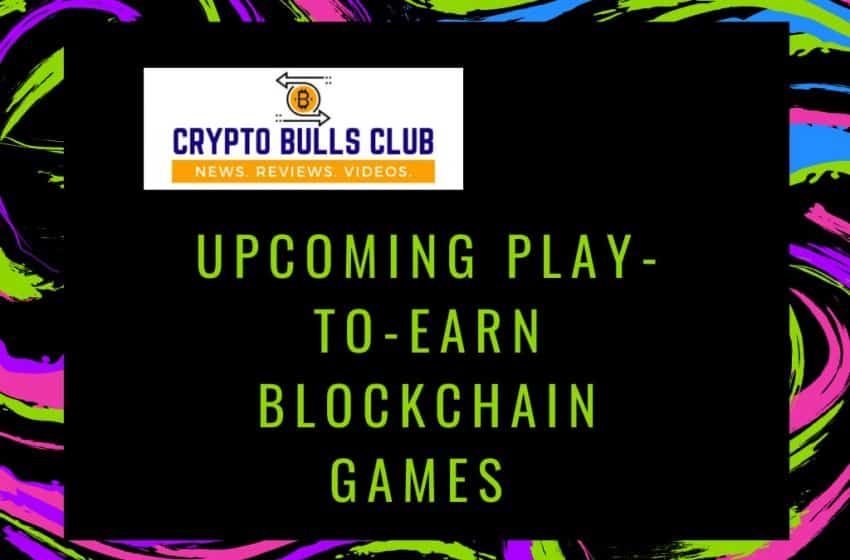 Blockchain play to games are hot. We have come with a list of hottest upcoming play to earn games that are going to be launched very soon.

The word “Play-to-earn” must be familiar to every gamer and probably an obvious term to understand for any potential player. It means a user plays a game in order to earn money and the best part of blockchain game is that you don’t have to share your reward with any middle-party. The blockchain games can either earn you cryptocurrency or items that can appreciate over time. This is literally the craziest way to earn a passive income and get monetary rewards to do nothing but “Play”.

How to Find the best Upcoming Blockchain Games?

Look for them on twitter, discords, and IGO platforms like Seedify. You can also look at other IDO platforms.

According to the whitepaper of Step Hero, “It is an ecosystem and the perfect combination of NFT gaming and DeFi that enables users to have fun and earn profit simultaneously.” The gaming platform runs on Blockchain and is made up of a fantasy-themed game. The vast ecosystem consists of Step Hero RPG games, Heroes Farming and NFT marketplace.

The platform is not limited to being a gaming stage, it is a place where users can earn and invest in order to earn money by playing. The plot of the game is based on Post-apocalyptic war. The users are required to play the heroes of the war who will fight against villains while collecting in-game rewards and also earning STEP coins.

GameFi is a hub for “Play-to-earn” games. The platform serves the blockchain gamers, traders and investors a common association to earn, invest and play blockchain based games and enjoy a launchpad exclusively for games. With GameFi, the users can access games and gaming assets, purchase game items from NFT gaming marketplace, participate in game-specific launchpads, play minigames and get accustomed to NFT’s. 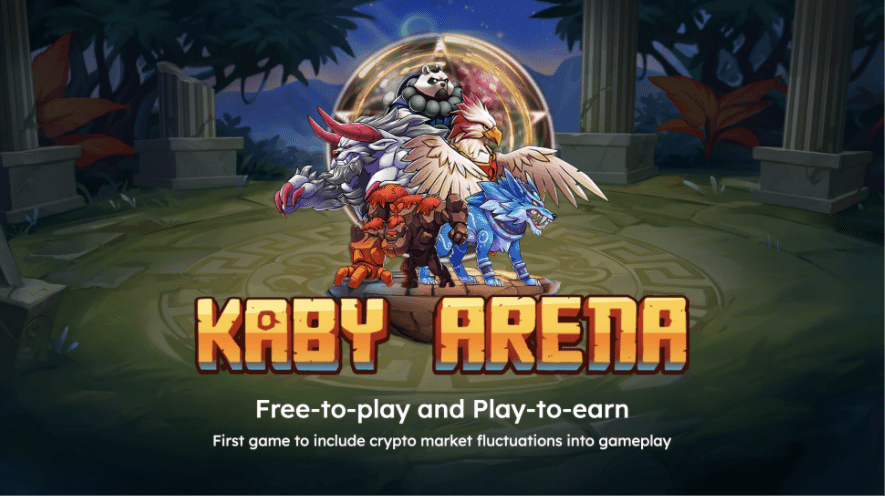 Kaby Arena is a Free-to-play RPG NFT game. It is the first Blockchain game to include the crypto market fluctuations into gameplay. It is a multiplayers RPG which combines Free-to-Play and Play-to-Earn in order to provide an open economy for every user. The game involves Crypto war in which the users can earn in-game advantage by predicting the future of the crypto market. The users can also rent their assets by solving blockchain and NFT based game problems. In the game arena, the users have to collect, evolve and trade special NFT heroes in order to build the best adventure team. As the user’s rank increases, they can claim tournament events. 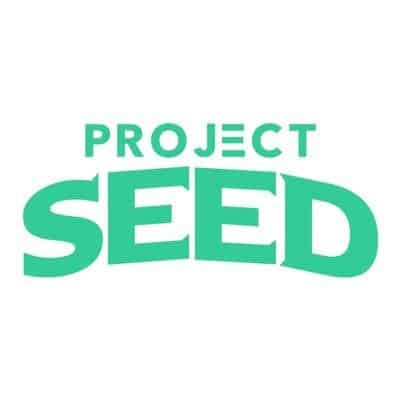 Project SEED is a Play-to-Earn action RPG mobile Blockchain game based on Solana. It is a DAO virtual world governed by the community. The project aims to bring blockchain gaming to mass adoption. Project SEED is powered by the Solana blockchain. The game has a background story and each user is represented by an interesting in-game avatar. The avatar’s can be updated by using different beasts’ special abilities. The beasts, also called Zeds, are the soul of this game. The users have to use their beasts and their powers to defeat the opponent. The project has its own native token called SHILL which is used as an in-game currency for staking and the coin is earned as a game reward. It is one of the best upcoming Solana play to earn crypto games of 2021. 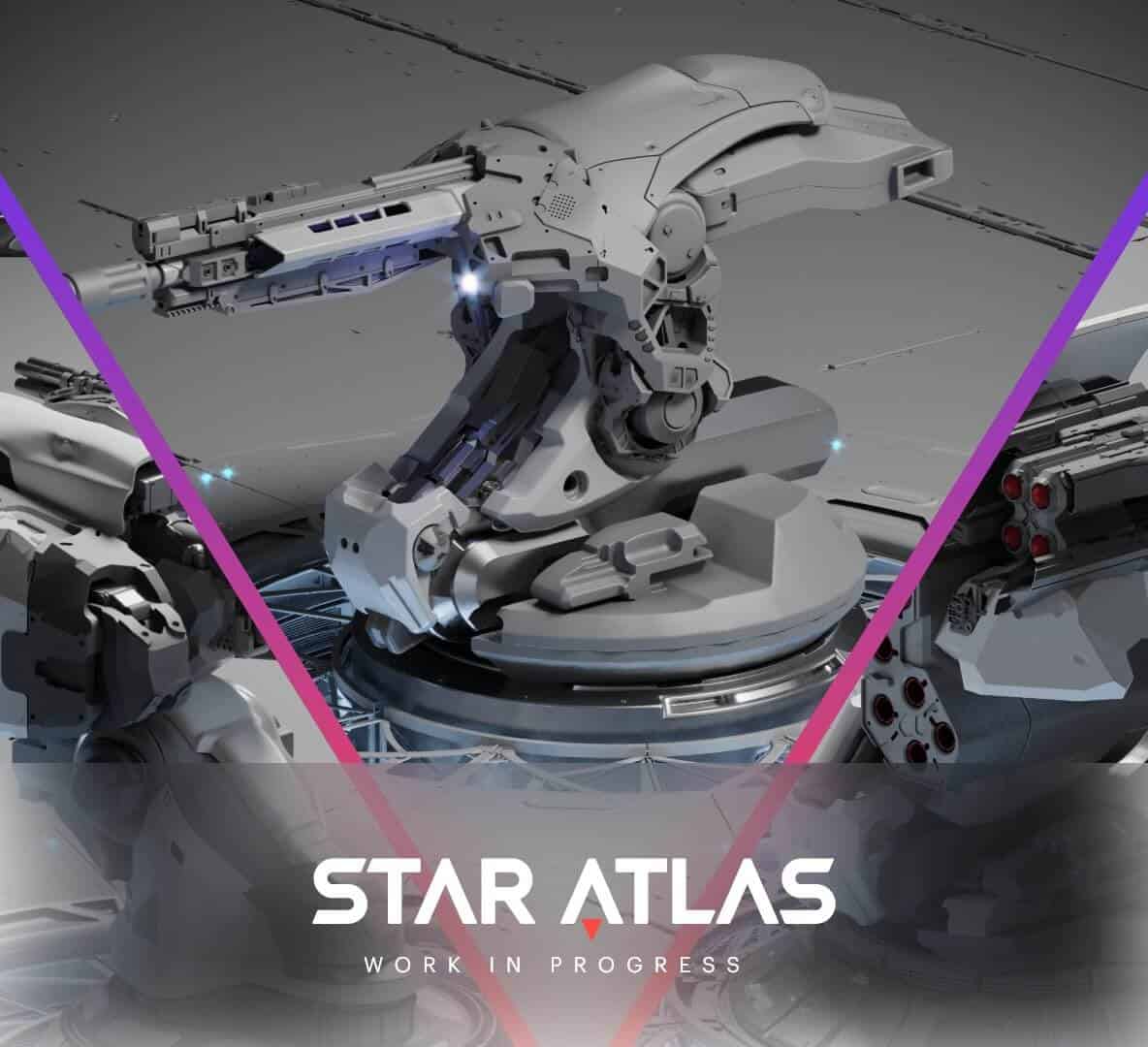 Star Atlas is a grand strategy Blockchain game of space exploration, territorial conquest, political domination and more. It is a huge multiplayer virtual gaming platform based on the future. In this future, three major factions have emerged and are in a current struggle for resources, and conquest. The user is a citizen of this platform and has the ability to influence the result of this aggregated conflict.

Meanwhile, the users can also create opportunities and earn rewards for their contribution. The metaverse of Star Atlas has introduced a unique gaming experience by combining both traditional games with blockchain technology.  It is basically a space-themed video game which serves your interstellar adventures.  It is one of the best upcoming play to earn crypto games I am waiting for in 2021. 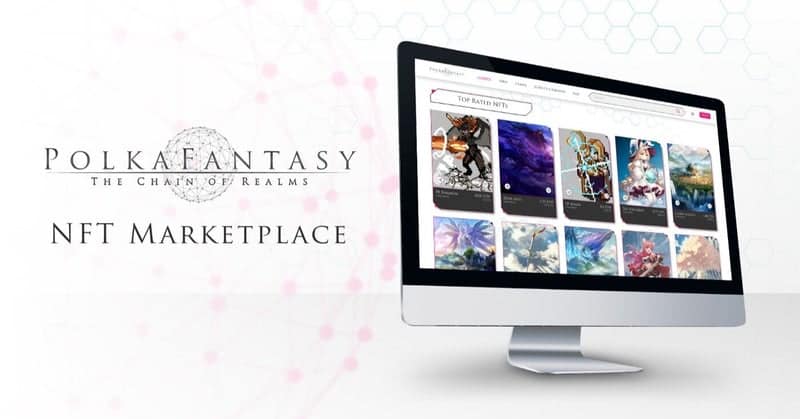 PolkaFantasy is the best Japanese NFT marketplace and multiverse Blockchain game. It is an NFT marketplace that offers different services across a cross-chain marketplace with highly low transaction fees. With PolkaFantasy one can create, share, view, trade and stake NFT’s in order to unleash their full power. It is a place with wide appreciation for Japanese Animation, Comics and Game (ACG). The Q4 launch phase will include the NFT based gaming platform. The official PolkaFantasy game will be playable through this platform. This is the origin of a global scale Decentralized Gaming (DeGaming). The users can play quality games and the loyalty of the users will be rewarded. 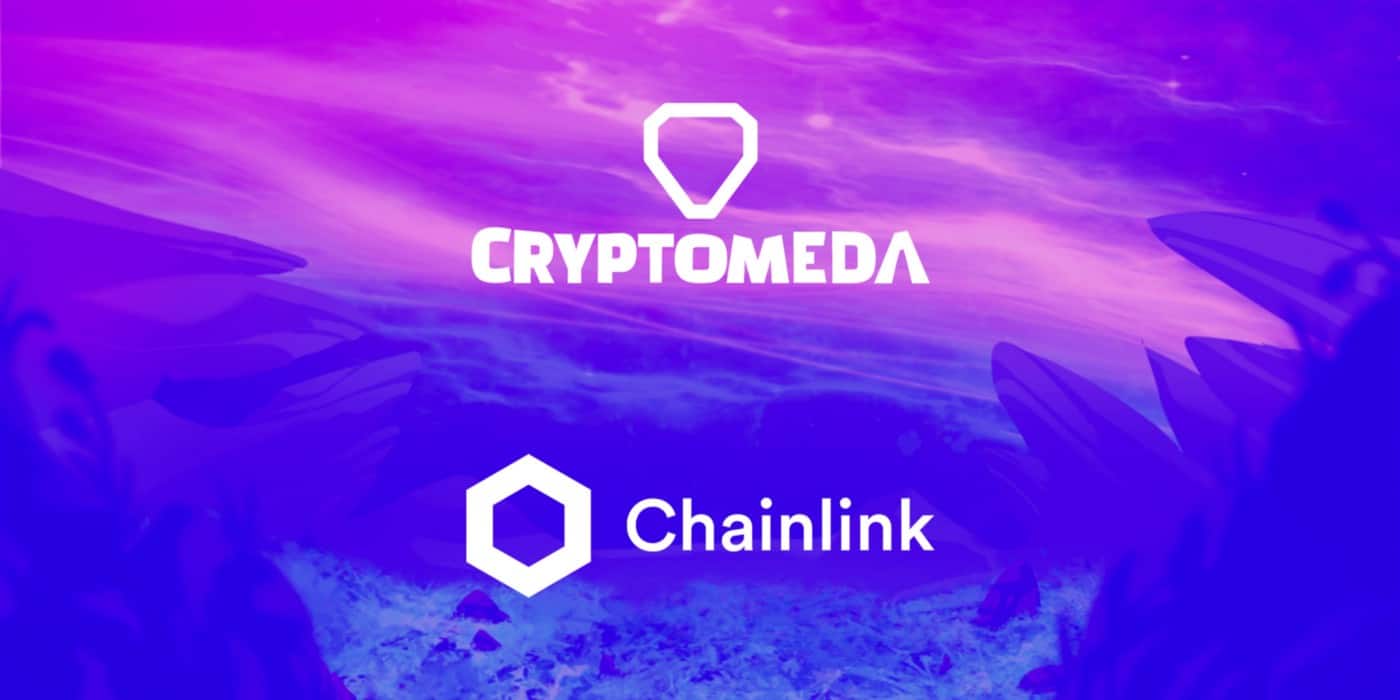 Cryptomeda is a unique fantasy world of NFT’s to interact with the crypto community. It is a gaming ecosystem that uniquely blends with NFT collectibles, DeFi mechanics and iconic crypto characters. Players with different experience levels can enjoy the Blockchain game and explore the platform with a motive of finding various opportunities to earn rewards. The users can find rare collectibles, participate and win prize pools, receive rank awards for the player’s contribution or acquire an ultra-rare Revolution card. The cryptomeda gaming platform is highly fun and a great source of passive income. The fantasy world runs on a unique currency called TECH. 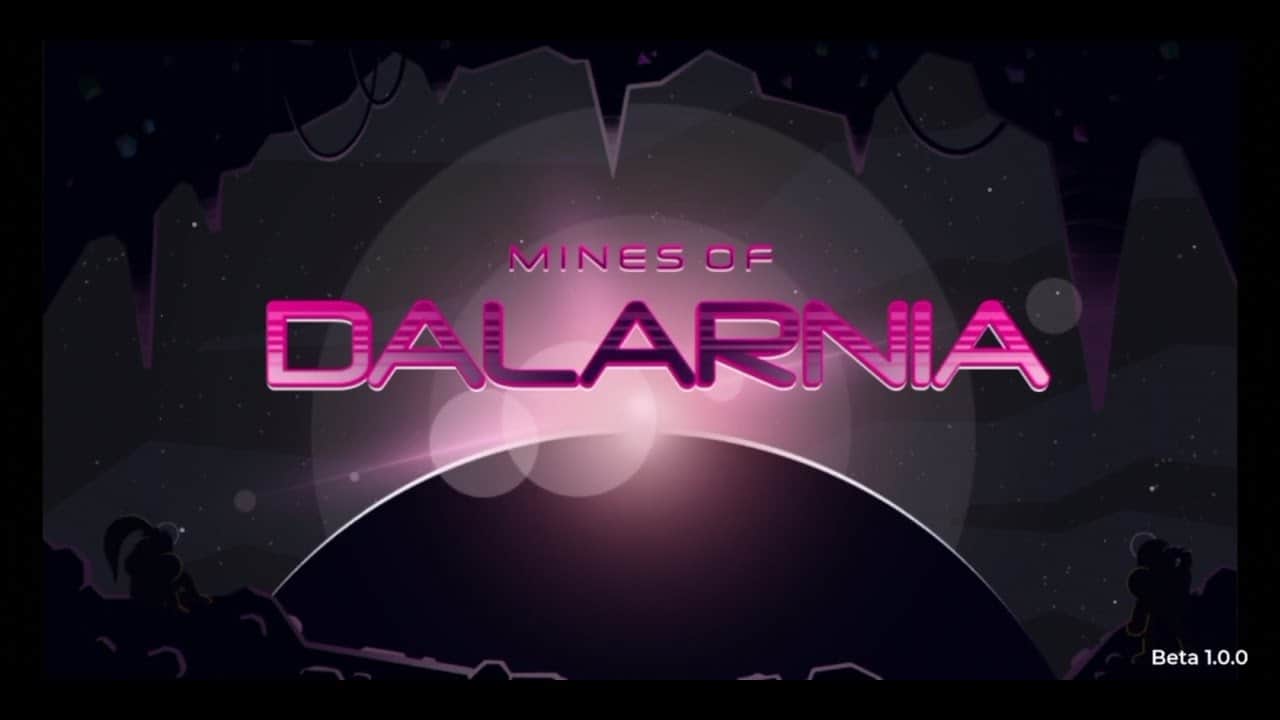 The platform is as exciting as the name sounds. Mines of Dalarnia  is a free-to-play and play-to-earn action-adventure platform-mining Blockchain game. In the game, the player controls a character and guides it through different levels. The user is supposed to mine through various blocks of earth in order to discover and collect minerals and multiple rarities. The player is supposed to go into a dark mine, collect minerals and use these minerals to upgrade their in-game characters. The in-game characters can buy or rent land and earn rewards while they rent their mines to other players.

Yay is a Decentralised Gaming marketplace designed for gamers, traders and farmers. The players can earn rewards in the form of crypto by in-game mining, trading and farming. The platform aims at popularizing the Defi world interconnected with crypto. It has combined the world of gaming with Decentralised Finance to enter into the sphere of DeGaming.

This Blockchain game has introduced an in-game mining system while playing games. The hub contains a huge variety of games including Board. Cards, Predictions, Action, Arcade, Strategy, and Virtual reality. The rewards are based on prize pools, milestones, number of games played, participation in tournaments and inviting your friends. 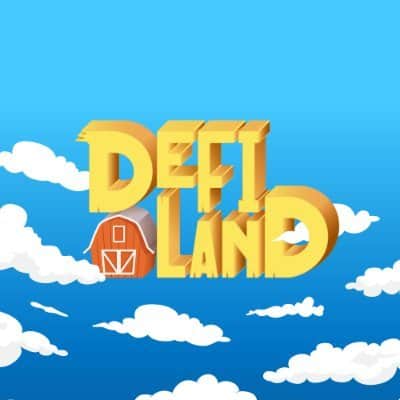 DeFi Land is an upcoming multichain play to earn agricultural simulated virtual Blockchain game which is created to bring the game section to the world of Decentralised Finance. The gaming platform combines traditional gaming with Decentralised Finance. The essence of all the absolute conventional games is gathered in one place and is ready to resign your way of interacting with Decentralised Gaming. The users can play games and own unique NFT’s while playing to earn by achieving milestones, completing tasks, winning battles, participating in unions and collecting in-game assets.

Among all the above mentioned 10, which one is your favorite upcoming Play to Earn blockchain game? Share with us under the comments.