Role of Blockchain Technology in Protecting Digital Identities on Web 3.0 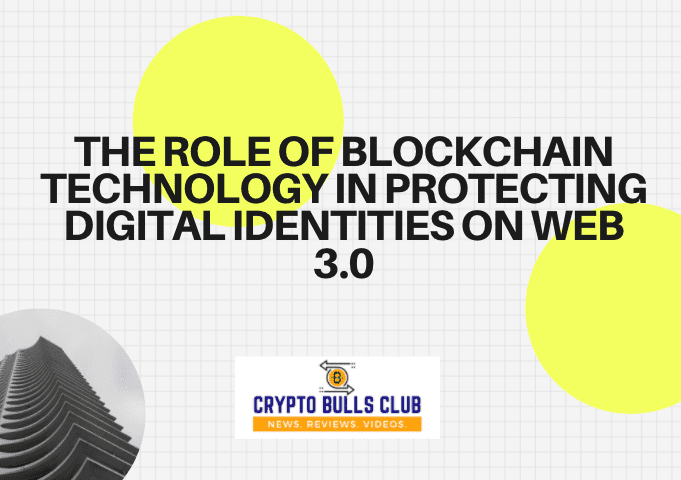 The global tech bias is shifting towards Web 3.0, or the decentralized internet, as users get acquainted with blockchain technology, artificial intelligence, and everything else being built in the “metaverse”. The developments on Web 3.0 are increasing at an astonishing pace with every home device on its way to being connected in the new decentralized virtual world. Nonetheless, data privacy remains a key issue in contention among stakeholders as big companies scramble to control the massive swabs of data that will be created and shared on Web 3.0 applications.

The global focus is on the growth of Web 3.0, the formation of digital identity verification systems in the incoming world of Web 3.0, and how individuals are forging their own identities and reputation in the metaverse. In this article, we focus on the burgeoning cases of data privacy breaches in Web 2.0, and how blockchain technology is changing how individuals manage and control their own data and digital identities in the new evolution of the internet, Web 3.0.

Over the years, Web 2.0 has been associated with a number of problems associated with digital identity and personal information. At the top of these issues is how little control people have over their own data that is shared with corporations. All big firms collect sensitive data from their consumers for identity verification, which is then locked up on a central client-server. These companies use opaque algorithms to collect more information from their clients and use it for their own benefit. All this is done without the client’s knowledge on how their information is used and who it’s shared with.

The network effect on data is taking off, with big corporations gaining additional value/ profits as more people give up their data. This has led to the rise of the big data industry, with many companies, like Facebook, facing the public’s backlash for sharing sensitive data with third parties. Companies are incentivized to collect as much information as possible about the people using their services which, of course, leads to privacy and security concerns as centralized systems no longer possess the power to keep user data safe.

Finally, on Web 2.0 most of the data is stored centrally, which raises issues such as the sensitive information being hacked, edited, or lost.

The rise of Web 3.0 protects users data and gives them full control over their digital identities on more distributed, interoperable, and self-sovereign applications.

The biggest difference between Web 2.0 and Web 3.0 is the decentralization aspect of the latter. As the next evolution stage of the internet, Web 3.0 focuses on intelligent information accessibility, whereby search engines will return personalized information based on your interests. Additionally, it does away with centralized data repositories like Google for a more peer-to-peer internet with no single authority controlling data on the network.

One of the major solutions Web 3.0 is bringing to Web 2.0 is giving back control of data to the user. As alluded to, big corporations have profited and misused users’ data, breaking the codes of privacy by sharing users’ digital identities and interests with third parties. Via Web 3.0 tech such as blockchains, users regain control over their data hence avoiding major data breaches and unwarranted use of their data by centralized corporations.

Although not unbreakable, blockchains have grown into one of the most secure forms of transacting and operating systems in the digital network realm. One of the leading projects credited for its digital identity security is SelfKey, an Ethereum-based digital identity solution network that empowers individuals and corporations to truly own, control, and manage their identity data.

Founded in 2017, SelfKey cryptographically secures users’ digital identity allowing them to securely interact with Web 3.0 applications in a secure, non-custodial wallet. The platform uses a tokenized model that entails users staking the native KEY token to verify their digital identities. SelfKey introduces a new ‘Proof of Humanity/Individuality’ consensus algorithm that ensures the whole identity verification process is decentralized. Simply put, the proof of individuality is a method by which a user can join the dApp only one time by proving their individuality, and those who attempt to join multiple times could be detected and stopped.

Additionally, the platform offers a passive income stream for users who choose to stake their KEY tokens. Web 3.0 brings about new earning opportunities for users in this regard.

As seen above, Web 3.0 is championing the protection of users’ digital identity privacy and control via platforms such as SelfKey. Nonetheless, Web 3.0 has still faced opposition from some of the biggest names in the financial world today. Earlier in December, Elon Musk, one of the loudest proponents of blockchain, tweeted his opinion on Web 3.0 stating “Web3 sounds like b*llsh*t”.

Most critics of Web 3.0 side with Musk, with the third iteration of the internet yet to fully gain real-world applications. However, in the future, decentralization will be key to protecting the consumers’ interests and their data, shutting off the big data companies’ monopoly over consumer data. Moreover, blockchain technology decentralizes the internet removing the single point of failure that could be compromised. As a result, systems or sites that access control and storage of data are no longer in a single location.

Blockchain technology will have a big role to play in the growth of Web 3.0 applications and platforms. As digital identity becomes more decentralized, control and management of personal data will remain at the hands of the user. This will increase the trust consumers have in the big corporations while enhancing the security of Web 3.0 applications.