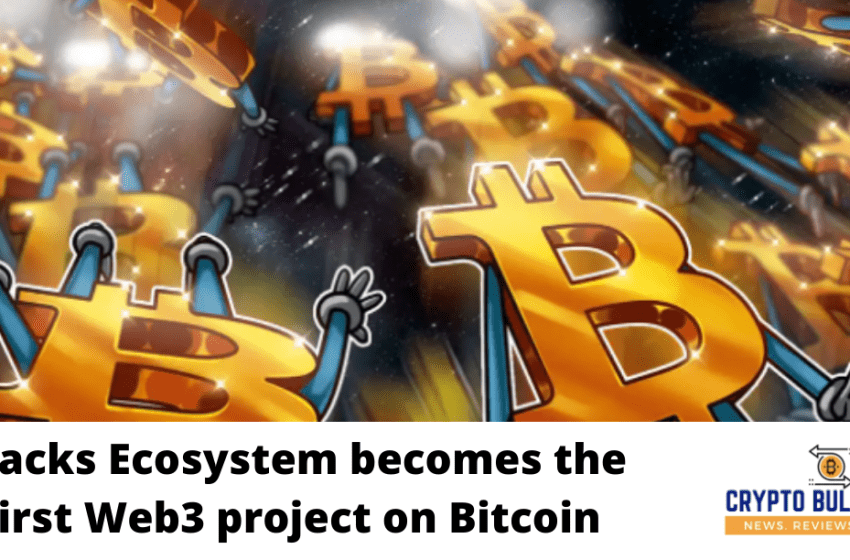 Bengaluru, January, 17th 2022: The Stacks blockchain (STX), that intends to make Bitcoin (BTC) programmable, reached over 350 million daily API requests, 40,000 Hiro wallet installations, as well as 2,500 Clarity smart contracts on its first anniversary. These figures make Stacks the largest Bitcoin project, as per a research by Electric Capital, a venture capital company that focuses on cryptocurrencies as well as fintech.

Stacks is a blockchain which is connected to Bitcoin by Proof of Transfer, a consensus method which bridges the two chains. This allows Stacks to take advantage of Bitcoin’s security while also allowing Stacks applications to access Bitcoin’s state, despite the fact that Bitcoin is a different blockchain. Stacks supports decentralised apps, which operate on the Stacks blockchain rather than a centralised server, allowing fresh use cases which did not exist previously.

Most of these statements are incorrect. The Stacks ecosystem is a 1- layer blockchain system that employs a distinctive mining protocol, which is known as PoX.

Decentralized financial, or DeFi, developments on BTC have also been established through Stacks, as per the report. Wrapped Bitcoin (xBTC), the Arkadiko borrowing and lending protocol, as well as Bitcoin Lightning decentralised swaps, which allow users to exchange STX for Bitcoin, stablecoins, including altcoins, were among them.

How did it become the fastest-growing Web3 project on Bitcoin?

New York City’s as well as Miami’s CityCoins were the very first ventures to debut on Stacks, each raising $50 million for their respective city finances. On Stacks, over 140,000 NFTs have been minted, demonstrating the demand for art created by and for Bitcoiners. Eventually, Hiro popular customer’s that includes Arkadiko, ALEX, Sigle, Layer, as well as Moonray have raised more than $24 million in total.

On Stacks ecosystem, over 11,000 members receive over 100 Bitcoin every month, with over $50 million in total incentives distributed to members in the Stacks consensus mechanism, that has topped $1 billion in total value locked.

During its first year, the Hiro Wallet, became the most popular wallet in the Stacks Ecosystem, receiving over 40,000 installations. Users may get access to over 50 apps and services with this wallet as well as can engage in stacking to receive monthly Bitcoin rewards.

“In a single year, the Stacks community has demonstrated the immense potential of Bitcoin smart contracts, from DeFi to NFTs, city coins to philanthropic endeavours, portable identities to new infrastructure. All of the necessary resources and technology are available. Builders with foresight determine what happens ahead.”

Stacks seems to be the fastest-growing Web3 initiative on Bitcoin as of December 2021, as well as Hiro’s tools have enabled truly unique use cases of smart contracts on the world’s first blockchain, that is ranging from Bitcoin DeFi, DAOs, as well as gaming to portraying Bitcoin culture through Bitcoin NFTs.