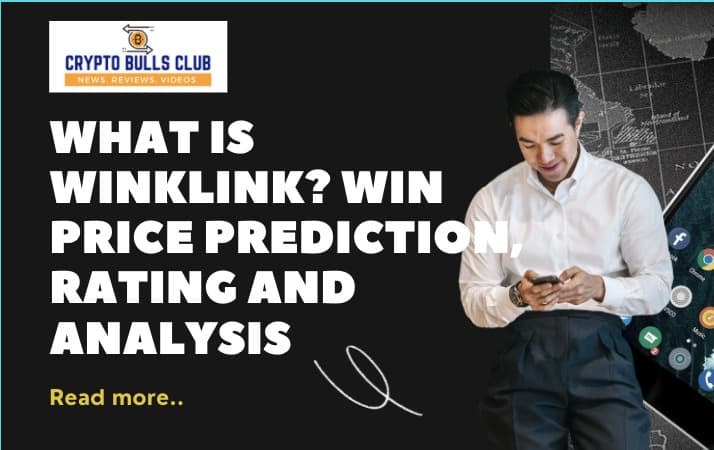 Wink coin is a cryptocurrency used for the payment of fees and to enable transactions on the Wink platform. Wink is a leading gaming platform based on a blockchain network which can be utilized to create decentralized applications or dApps. The platform is based on TRON, providing various tools for game developers in a publicly transparent manner.

The value of the wink coin stems from the users who purchase currency on games enabled by Wink.

The token can be traded on popular exchanges such as Binance, KuCoin, Poloniex, HitBTC.

What is WIN Token?

WIN is a TRON-based TRC20 token and a BEP2 token. It is is a governing token of the WINkLink oracle network.

Previously known as TRONBet, users use the wink tokens to place bets and complete transactions within the platform.  The company believes that staking wink and related coins can be converted through the TRON blockchain which can provide sizeable profits to holders. The annual percentage yields (APY) in double and triple digits.

The smart contracts that empowers Wink’s games can be viewed by users ensuring credibility as well as transparency of its entertaining alternatives.

Popular games offered by Wink are Dice, Moon, Ring and Duel, and more games that are familiar with casino style games like table games like blackjack, poker and slot machines.

WINk is the seventh token to be offered on the Binance launchpad through an Initial Exchange Offering (IEO).

It is the largest dApp in terms of transaction as well as users volume.  WINk’s partnership with TRON will provide a considerate advantage to the ecosystem of gaming.

WINk tokens have the following uses:

WIN tokens are utilized to incentivize participation from developers and nodes.

Behavioral mining, innovative economic architecture are a few examples of incentive mechanisms supported by the platform.

A wide range of tools for developers and APIs are provided by WINk from which users can build games or new projects from scratch. WINk also has a special token ecosystem and reward distribution mechanism known as WinDrop.

The project offers an opportunity to interact with stablecoins and fiat currency. WINK has planned to add new functions such as a content analysis mechanism, an updated management model, an ecosystem fund in the near future.

The security of the platform is ensured by smart contracts which guarantees its fairness. WINK tokens has taken hits previously with a bearish market, but investors believe that the coins will rise in terms of value and popularity in the upcoming future.

How to buy WIN tokens?

Based on the team, ease of purchase, partners, games available to buy, we would rate it 8.5 out of 10.

It was very slowly improving throughout the year 2020 and picked up its pace in early 2021, around February. 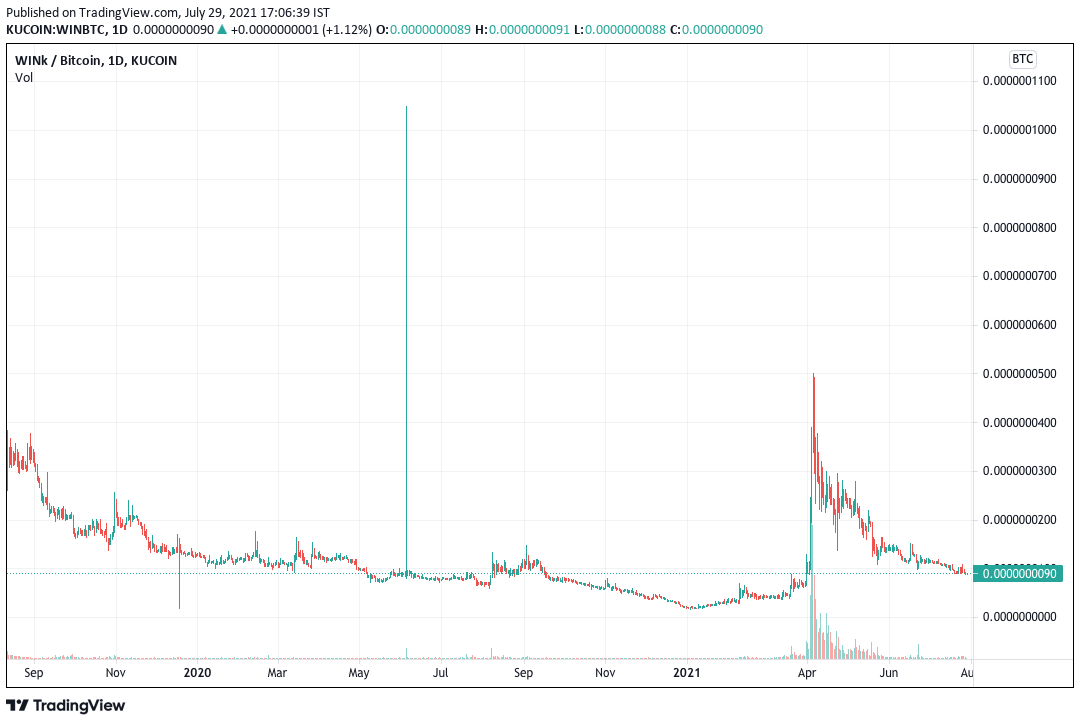 WINk/BTC has been on the falling side. After reaching its 2021 ATH, WINk’s price kept dropping. The price dropped from 500 SATS to 90 SATS. I am expecting the price to keep dropping until we see a reversal. 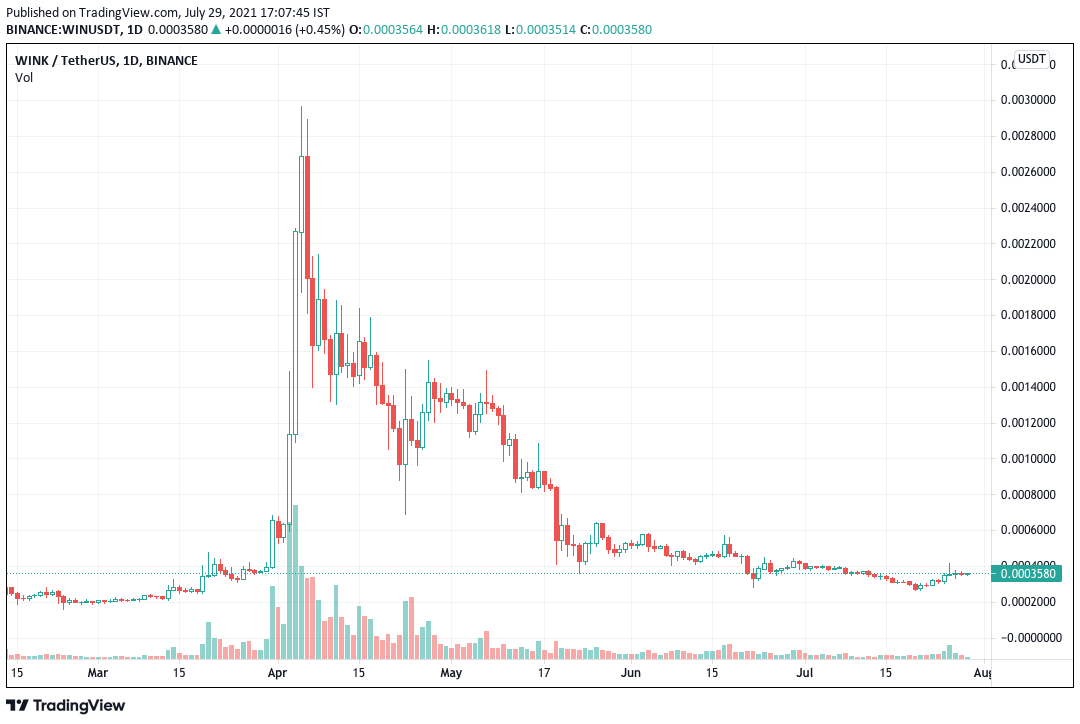 WINk/USDT has been on the falling spree since the second week of April.  The price dropped from a little less than 0.003 USDT to now at 0.00035 USDT. The drop has been more than 90 percent, and it has not stopped yet.

On a daily chart, sentiments are neutral, which indicates the price is near to the bottom. 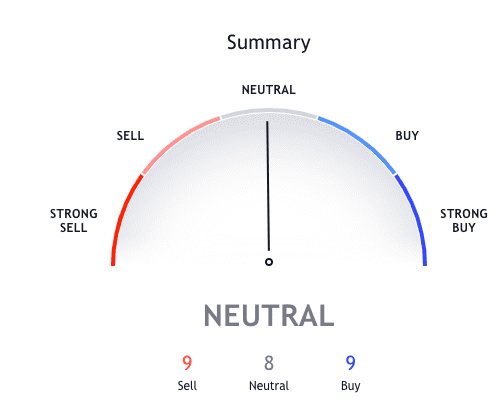 On a weekly chart, the sentiments are a SELL. 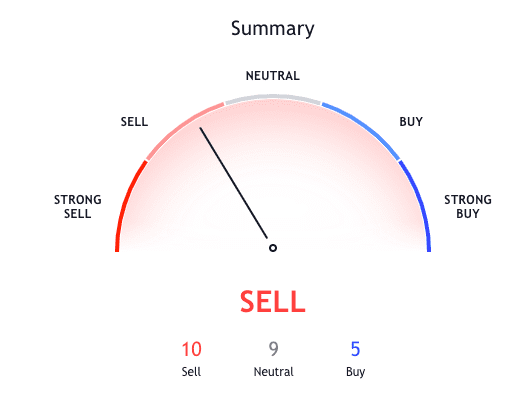 Conclusion: For me, I would not buy WINK at this point. I would be selling it into BTC and wait for the reversal.

Although it is impossible to predict WINK coin’s prices correctly, we can definitely do a short and a long term price prediction.

Disclaimer: The WINk price prediction is just an estimate. This is not a financial advice. Please do your own research before investing.

As I said earlier, though predicting Win’s price in 2025 is easy, predicting it correct is somewhat difficult. I am expecting Wink to have a bull run around 2025, and I am expecting WinK to touch 0.01 USD or 0.77 INR in Indian currency. This is approximately 28x from the current price.

Should You Invest in Wink Coin?

Of all the alts I hold in 2021, Wink is not one of them. I would not invest in WINk coin, given the sentiments are not neutral on daily and bearish on a weekly scale. I would suggest you to watch out for the Bitcoin level, and wait for clear indication from Bitcoin.

What do you think of WinkLink? What is your Wink price prediction for this year and the years to come? Let us know under comments.