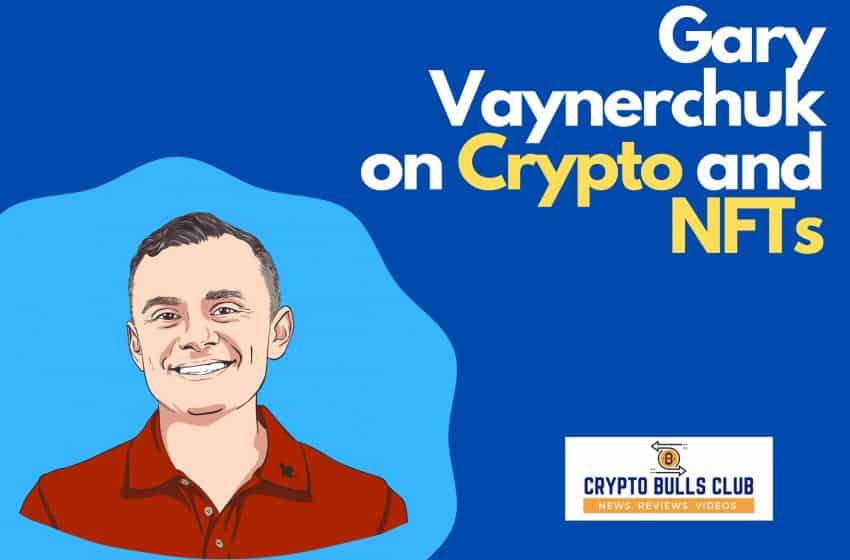 Known for investing early in big names like Facebook, Coinbase, and Uber, Gary Vaynerchuck has joined the NFT craze. The successful entrepreneur recognizes that not everyone understands the excitement surrounding Non-Fungible Tokens (NFT), but he believes that like it or not, NFTs will become a part of everyone’s daily life sooner than many people believe.

Gary Vaynerchuk says NFTs are the new gold standard and that we’re the lucky humans who are here while it’s being invented; adding that NFTs will be a very common and ordinary thing in 80 years and would be utilized for just about everything. In the digital world, NFTs are “one-of-a-kind” items that may be actively traded like any other specific property but have no physical form of their own. In a sense, digital tokens act as digital or physical credentials of ownership. Paintings and other classic works of art are expensive mainly because they are one-of-a-kind. It’s possible to make infinite copies of digital files, however. 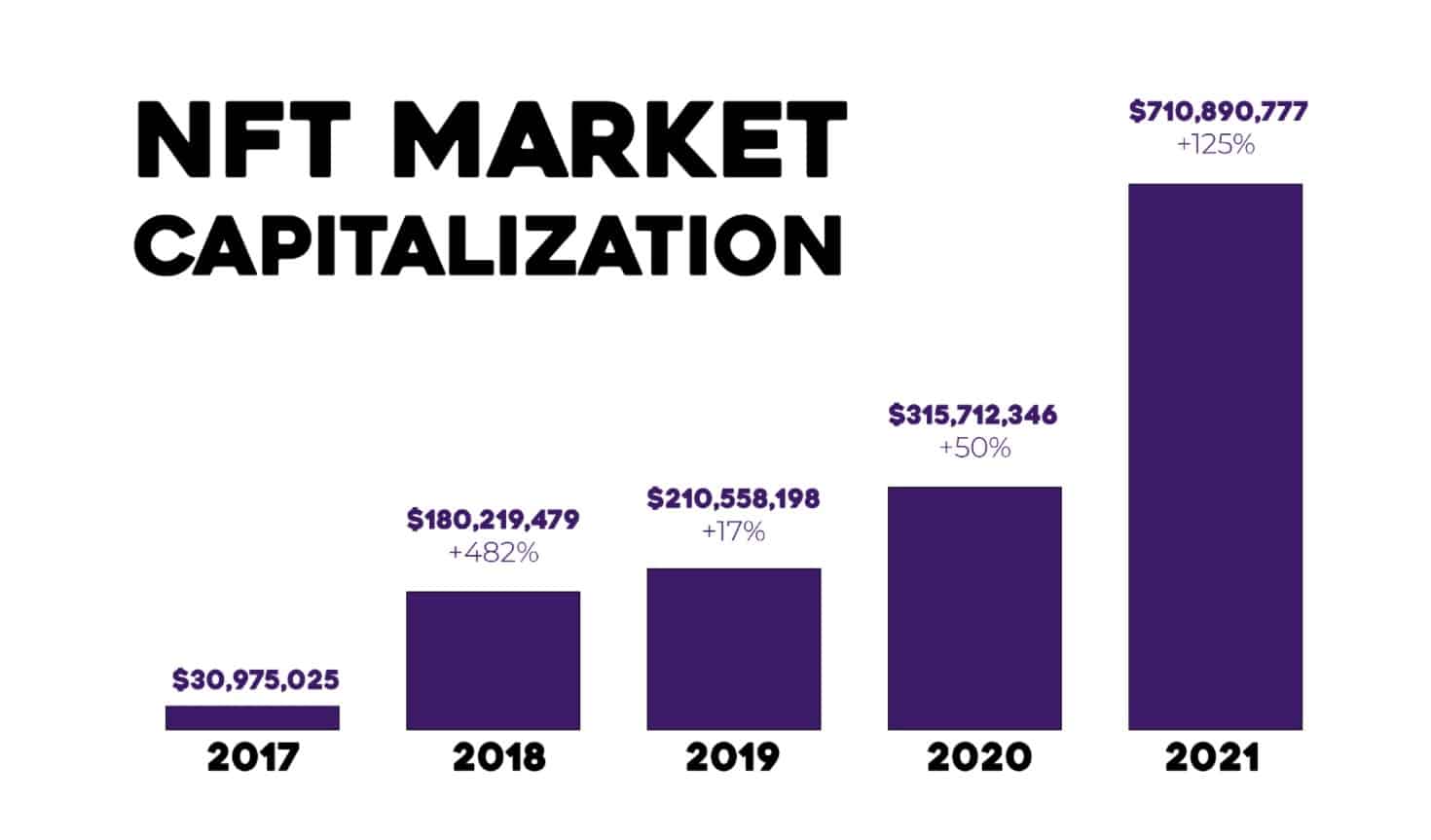 Work of art can be “tokenized” with NFTs, resulting in a digital certificate of possession rights that can be purchased and sold. A record of who owns what, similar to crypto-currency, is kept on a digital ledger known as the blockchain. Since the ledger is managed by multiple computers all around the world, the records cannot be fabricated. Contracts can also be embedded in NFTs, giving the artist a piece of any future token sale.

Since the technology’s inception, people have been arguing that financial records can exist as NFTs. Much of the spotlight on NFTs has been on digital art, with Beeple’s NFT artwork selling for $69.3 million this year as the most renowned example to date. The most notable example of how the world of sports has indeed begun to benefit from selling NFTs is a  LeBron James dunk video remembering the late Kobe Bryant that sold for $387,600 on eBay.

How could NFTs benefit the future?

NFTs, according to Vaynerchuk, are about to rule the world of concerts, live sporting events, exhibitions, etc. Many have speculated that such a digitized token may be used as a unique ticket to a live event, however, he claims that things will go far further The concept is that by attending an event and earning when someone does something exceptional, people will be able to accumulate digital assets.

Vaynerchuk also encourages people to consider what lies beyond the Metaverse. Creativity and innovation are being developed on blockchain at a quick pace, however, most new firms are either creating or selling digital commodities, or improving infrastructure to store or showcase digital goods at this time. While there are certainly prospects in these sectors, Vaynerchuk reckons it’s time to consider NFTs’ real-world utility in a broader sense.

The usage of NFTs in loyalty programs is among the most practical uses. You can make NFTs of your next clothes collection or the food that you serve in your restaurant, whether you operate a fashion brand or a restaurant. Exclusive commodities or privileges, such as memberships or special discounts, may be offered to holders of these NFTs. It’s immediate devotion to you. Additionally, because many owners showcase NFTs in digital wallets or galleries for all to see, you can earn a positive market presence.

Metamask is a very well and widely used Ethereum and other cryptocurrency wallets. Because of NFTs and decentralized finance, this wallet has grown in popularity by 1800% in the last year, with over 10 million users globally (DeFi). Gary wants to give away non-fungible tokens to those who already have a MetaMask wallet but don’t have any NFTs.

Do you have a metamask wallet but dont have a NFT YET? if so reply with your address I want to send a few of you a free FIRST NFT! ❣️💕🔥

Deadheads collectibles, 10,000 of which have been sold on OpenSea and have been exchanged for over 4,000 ETH, with a total worth of roughly $16 million, were amongst the NFTs that Vaynerchuk has distributed. The Fame Lady Squad series, from which 8888 pieces exist and have fetched roughly $10 million, was yet another NFT that was given away.

Following weeks of teasers on social media, Gary Vaynerchuk announced the debut of his first NFT collection, “VeeFriends,” a collection of more than 10 Thousand character units purchasable via Ethereum.

Discord roll call! If you're in our Discord, let Gary Bee know with a 🐝 emoji. If you aren't, go join at https://t.co/92PjWzTMaB and shoot us a 🐈‍⬛ emoji to let us know you're in! pic.twitter.com/exJ7PsD71K

Gary Vaynerchuk’s VeeFriends collection is a hand-drawn NFT collection that offers buyers ready access to the VeeFriends network.  The collection of 10,255 tokens aims to lead by example for those in the industry by giving access, interaction, and real-world value via a smart contract. The cheapest available NFT produced by this project has a market price of roughly $35,500. 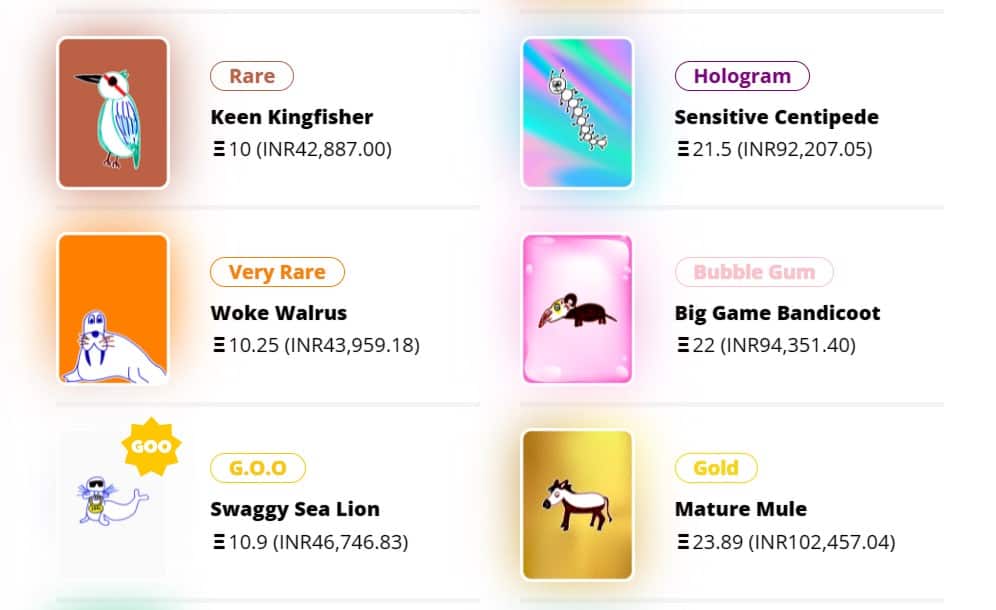 (A snippet of the NFTs from Gary’s VeeFriends)

Gary further claims that each token will come with a “smart contract” with metadata that he can use to connect with customers. Vaynerchuk intends to do so in a number of ways, including hosting an annual business event called “VeeCon” to which token holders will get exclusive membership for three years after purchase.

Vaynerchuk recently released his book Twelve and a Half, which he promoted in an innovative way, resulting in over a million preorders in one day, making it “one of the industry’s largest presale orders for a single book in a 24-hour period.”

Vaynerchuk achieved this by offering a sweet deal: for every twelve copies of the book purchased within a 24-hour period, readers would receive an NFT from his debut NFT collection, VeeFriends. The collection is currently estimated to be worth more than $500 million. It’s easy to see why NFT fans would be tempted by the thought of getting their hands on something comparable.

As Vaynerchuk puts it, there really is no specific or correct way to accomplish things in the NFT scene,   which means a lot of people will make bad trade choices and lose money. He encourages entrepreneurs to engage in communities on Twitter and Discord that are operating on NFT initiatives to learn from them in order to actually innovate rather than be caught up in the emotion. NFTs may give off a comparable impression of complication and may appear out of reach now, just as the Internet did when it was first launched, but what about in the future?

Let us know what you think in the comments section below!