What is NBA Top Shot? Everything You Want To Know in 2022 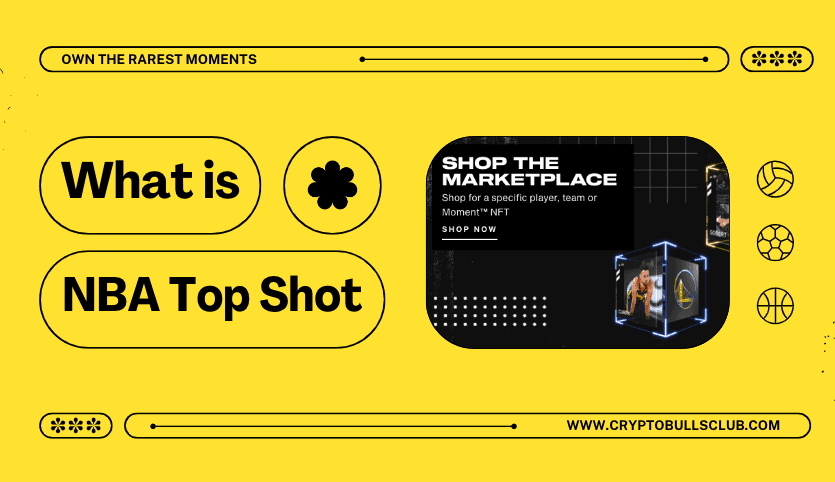 What are NBA Top Shots? It’s a blockchain-based platform where you can own moments from NBA games and your favorite NBA players, all while maintaining blockchain security. It is based on Flow blockchain. Flow blockchain is built for new generation of apps and digital assets.

Top shot moments from your favorite NBA players have been transformed into non-fungible tokens in this collection. An NFT is a digital asset that is used to represent real-world artefacts such as art, music, in-game items, and films.

You can view the moments you like and their prices are available on the NBA Top Shot website. These moments are available for purchase and sale. It appears complicated until you visit the website and discover how simple it is.

These moments are very different from playing cards. The difference between playing cards and these video highlights is that the playing cards are physical rather than being in digital form. This is a stumbling hurdle for individuals who can’t get past the tangible component of things, but that’s just a factor of being old compared to the youth, who have everything on their phones.

What are NBA Top Shot Moments?

NBA chooses the specific clip, and Dapper Labs can then choose which part of the highlight to use. These selected highlights are then numbered and made available for purchase.

After that, they convert each picked clip into a digital pack, which is then sold on their website.

The cost of the packets is determined by two elements. The first is the player’s popularity in the highlight, and the second is the quality of the moment presented in the highlight. You can access your treasures in your highlight wallet once you’ve finished purchasing your pack. This is designed to accentuate the features while also giving you the option to resell them.

How did NBA Top Shots start?

It began as a collaboration between  National Basketball Association, the NBA Players Association, and Dapper Labs in 2019. NBA Top Shot is a groundbreaking new experience in which some really exciting moments and unforgettable highlights become collectibles that you can own forever.

It allows you to own some of the best moments from your favorite athletes, as well as some extremely cool highlights.

Is it Easy to Use NBA Top Shot?

It is really simple to use NBA Top Shot. You won’t have to worry about having your cards graded, shipping them back and forth, or waiting to see if what you think you’re receiving is indeed what you’re getting. Everything you need to know about each moment you’re interested in is available on the website. For instance, who is it and how many of them are there? What serial number are you interested in? It is always guaranteed to be genuine and in excellent shape, and you will receive it right away. You walk into the marketplace and pick your moment.

If you’re lucky, you’ll acquire a pack; either way, it’ll just take seconds before you have your top shot moments, rather than days, weeks, or months if you’re new to trading cards.

There’s also the nostalgic appeal of opening a pack of moments. You might remember opening a pack of playing cards in your childhood. It’s similar to the sense of not knowing what you’re about to get from the pack of cards.

How to Begin Collecting Your Favorite Highlights (Guide)

The NBA Top Shot website’s sets page offers a comprehensive menu of everything related to NBA Top Shot. This page displays the various collectible moments that have been made to date. You can begin collecting your favorite highlight by purchasing NFTs as per your need. You can either buy moments from different SETS. Before we understand, how you can get one for yourself, let us first understand what are SETs and Moments.

A compilation of all of your NBA Top Shot Moment NFTs is called a set. As you buy packs or trade with others on the marketplace, you can track your progress. For further information visit SETs page here.

There are two types of sets:

First is the base set which can be found in almost every pack. Some of the lower-cost packs only have two items, whereas the higher-cost packs can have up to six or more. Aside from superstar players, low serial number moments are the most collectible moments in the base set.

The most important thing to understand is that if a product is labeled as a limited edition or has a specific edition size, no further units may be made, which is exactly what the blockchain prevents. When a new play from the same player is rotated into the base collection, moments can be called retired or labeled as a limited edition.Each moment on the NBA Top Shot was coined in a specific order, which is represented by a serial number. The number one serial LeBron James, for example, is extremely rare because it was the first of its kind ever made.

When you click on it or to the left of it, you can know which moment is retired by the LE or limited edition sign as well as the edition size. Because this is one of a thousand, it sells for much more than the non-retired moments. The circulating count of retired moments is now represented by the cc symbol, but not the overall count. As a result, even the most basic set moments can be worth a lot more than the price. So you can search for any moment you like and buy it.

What are the different types of packs and Moments?

Moments are divided into four categories. You can obtain these moments with the help of packs. You can buy it any moment you like:

Go to the Marketplace to buy NBA Top Shot Moments.

You can use the drop-down menu here to see the prices of the moments. Users determine the prices, and it’s easy to see which ones are the cheapest. However, keep an eye out for low serial numbers or unusual numbers, such as a serial number that corresponds to a jersey number. These are well worth the extra money. It’s simple to pay using your credit card, Ethereum, Bitcoin, or other forms of cryptocurrency once you’ve found the moment in the serial number you wish to acquire.

The rare packs are represented by the gold border around the moment. It’s also unique due to the four gleaming corners that surround the border. Because the rarity and pack price are in balance, rare packs are good value. When you buy a rare pack, you also get several base set moments. Because each drop has a limited number of packs, you’ll want to keep an eye on the website and your email to know when a rare drop is approaching.

Also Read: What are the best NFT marketplaces in 2022?

What can you do with Moments once you own them?

Once you have a Moment, you can keep it as an investment, sell it on the peer-to-peer market, or use it to compete in Top Shot contests to win prizes. These challenges are based on actual NBA games and allow you to win both online and in-person rewards, like free trips to the NBA Draft, Finals, and in-person events with famous players featured in your favorite Moments. NBA Top Shot allows fans to relive their favorite highlights, connect with other basketball lovers, and get closer to the game. A few clicks will get you into the future of NFTs and digital collectibles.

Is there any money in these purchases for the players?

The NBA licenses Dapper Labs for NBA Top Shot, the footage from the games that are used in the moments. Even on the secondary market, the league receives some cash from each transaction, and that revenue is equitably split to the franchise for basketball operations, which can include money for players. But how much of the $6 you paid for Lopez’s dunk moment goes to him? It’s impossible to say because sales revenue hasn’t been made public, and it’s unknown how much money goes to the teams, then how much to the chevaliers.

Learn about: What are NFT Scams and how to Avoid Them?

It’s a little surprise that it’s gotten so much attention this year in the league. Josh Hart was the first player to embrace the top shot, but Tyrese Haliburton, Damien Lee, Terrence Ross, and a bevy of other players have since followed suit. It was discovered that the NFTs had evolved from a digital to a physical entity.

The Top Shot experience is filled with intense highs and lows. There were millions created. Countless millions were lost. It’s an unusual situation that’s still a mystery. With practically limitless resources and funding, I believe the NBA Top Shot has a bright future in the coming months. As a result, Top Shot moments are a fun and unique way to show off your best plays and collectibles.