Tesla announced 1.5B investment in Bitcoin; Is Apple next? 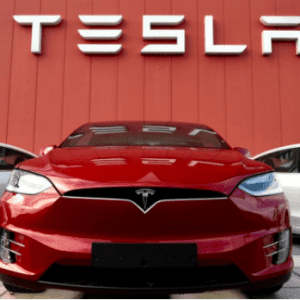 Tesla, on Monday, announced that it wants to start accepting Bitcoin as a part of payment from its customers.

Tesla has announced, in its SEC filing, that the company has acquired 1.5 billion worth of Bitcoin for more flexibility in order to further diversify and maximize returns on cash.

The recent purchase is to provide liquidity in order to support Bitcoin as a medium of payment.

According to Tesla, this was just a small purchase for providing liquidity to limited customers.

We think Tesla may further buy more Bitcoin in future.

Musk has been tweeting a lot about Dogecoin and Bitcoin in the recent times.

Last week, in Clubhouse, he appeared on a show and said he is a supporter of Bitcoin and he thinks Bitcoin, at this point, is a good thing.

The price of the Bitcoin shot from 38000 to 44000 USD in a matter of seconds once this announcement of Tesla buying BTC was made public in its SEC filing.

Popular crypto exchanges like Binance, Bittrex crashed and was unresponsive for quite some time before being back to normal.

Is Apple next? According to RBC, Apple could be the next company to invest in Bitcoin. RBC Capital Markets also suggested that Apple should add crypto wallet and enter the exchange business which could spike the valuation of Apple by 25 percent.

Apple has been very cautious with cryptocurrencies, banning crypto wallets in 2014, later revoking the ban, now allows them.

Apple has a user base of more than 1.5 Billion, and it could really benefit adding crypto to their wallets as a service.

If Apple buys Bitcoin like Tesla, what do you think will the price of Bitcoin become?