Tether Deemed as a Threat to Financial Stability by U.S. Fed Official 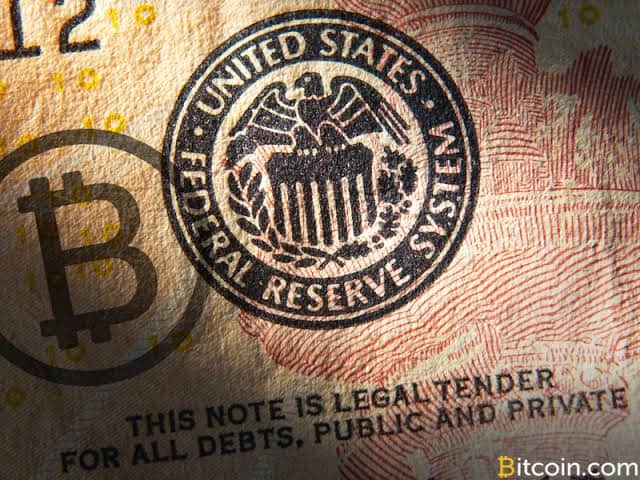 A high-ranking U.S. Federal Reserve official stated that Tether’s USDT stablecoin is a threat to the system’s financial stability. The President of the Fed Bank in Boston – Eric Rosengren – entered Tether as one of the risks to financial stability that has been under the U.S. central bank’s watch.

According to Rosengren, the “new disruptors to short-term credit markets” are what the stablecoin is comprised of.

He further explained this statement in an interview, and said:

“The reason I talked about Tether and stablecoins is if you look at their portfolio, it basically looks like a portfolio of a prime money market fund but maybe riskier. Tether has a number of assets that, during the pandemic, the spread got quite wide on those assets.”

When spreads widen, it simply means that yield difference between two bonds increases. In this case, one is a risky asset and the other is seen as safe.

Rosengren is worried that the market of stablecoin is presently very much unmonitored or uncontrolled as it keeps growing and makes up an essential part of the economy. He further said that attention is to be paid on the consequences of when people take flight from such instruments quite fast.

Caitlin Long, the 22 year old Wall Street veteran and founder plus CEO of Avanti Bank and Trust, found the observation quite striking.

Long noticed and saw that it’s pretty compelling how Eric Rosengren is now calling Tether by its name, whereas previously it was referred to as “stablecoin” by Chairman Jerome Powell and Federal Reserve governor Lael Brainard. She sees that as growth.

She also observed that the Fed was raw this time with their statements, as almost every time they present their views in carefully framed sentences so that the matter could be perceived from their vision. She said, “But today the Fed escalated. Rarely are they so explicit like they were today.”

Stablecoins are fashioned to trade equally with fiat currencies like the dollar or rupee. However, Tether’s backing has long been questioned and it was the focal point of an investigation by the New York Attorney General’s Office that was resolved by the firm this year.

In spite of the skepticism and doubts that surrounded Tether’s finances, it is true that since it came into play, USDT has traded at $1 since then.

USDT even persists to be the largest stablecoin by market cap in spite of rivals appearing with a better history.

A deliberation paper defining the Reserve’s point of view on virtual settlements, consisting of threats as well as advantages of central bank digital currencies (CBDC), will be put forward this summer, as confirmed by Powell in the previous month in a speech.

Intriguingly, Rosengren gestured that his attention hasn’t deviated from the lesser known stablecoins. He referred to the TITAN Token that collapsed abruptly from $65 to $0.00000003, and said that the Fed actually witnessed last week that a stablecoin went through financial difficulties.