NFTs are the rage and craze right now, they are everywhere. NFT collections have been very popular and the trend was started by CryptoPunks. We have written an article on Punks already which you can check here. One of the Cryptopunk was also purchased by Visa. Later NFT collections like Bored Ape Yacht Club gained massive popularity. It has become so popular that a set of BAYC NFT was sold for 24M.

What is a NFT Collection?

Let us check the list of top 10 NFT collections in September 2021:

Best NFT Collections to collect in 2021

Let us have a look at the top 10 NFT collections in September 2021 in detail.

CryptoPunks are considered to be one of the first ever digital collectibles to exist on the Ethereum blockchain network. CryptoPunks was developed by Larva Labs in 2017, in New York by two Canadian software developers, namely Matt Hall and John Watkinson. Among the 10,000 digitally pixelated characters (known as CryptoPunks),  6,039 of which are male and 3,840 are female. The rest of the “punks” are aliens, zombies, or even apes. CryptoPunks has ensured that each of these punks are unique and have allocated a certain set of attributes to each punk.

During its early days, these NFTs were free of cost for everyone, with only gas fees that was required, in order to acquire them, however around 1,000 punks were claimed by Larva Labs. These punks obtained by the developers are known as Dev Punks. The demand for these NFTs rose, so did the price and the largest bid so far was on  March 11, 2021, Punk #3100 at an exorbitant price of $7.58 million USD.

The Bored Ape Yacht Club is a limited NFT collection where the digital collections also serve as membership to a yacht club. Bored Apes can be purchased by using Ether (ETH) on OpenSea and other exchanges. Each Bored Ape is unique and programmatically generated from more than 170 possible traits, including expression, head wear, clothing, and many more traits. All apes are considered “dope”, but a few of them are rarer than others.Just two months after its launch, Bored Ape Yacht Club has revolutionized NFT communities and projects. Few apes have been sold for a whopping value of six figures. The NFT project has attracted celebrities, influencers, and famous athletes, like the NBA Rookie of the Year LaMelo Ball.

The Bored Ape Yacht Club started from a mere 0.08 Ethereum mint price to a $1 billion market cap. In August 2021, the Bored Apes’ awaited Mutant Ape counterparts was released, and the Mutant Ape Yacht Club was created. Mutant Apes are developed by Yuga Labs as derivatives of original apes, using M1 and M2 serums, distributed to all Bored Ape owners, some of which are now available on the secondary market.

After the serums were distributed, public minting for 10,000 additional Mutant Apes opened, starting at 3 Ethereum. Just a few days later, the floor of Mutant Apes was at 5.5 Ethereum. M1 was the most commonly available at a total of 7,500, M2 was rarer at 2,492, and the rarest of them all was the Mega Mutant Serum, with only eight that were available.

“From the moment we launched the BAYC, the culmination of Roadmap 1.0 has been clear—the introduction of Mutants,” Bored Ape Yacht Club calimed in a statement on their website. “We have always envisioned Mutants as a second (and final) tier of club membership.”

Meebits are 3D characters that are algorithmically generated and were developed by Larva Labs (the same team behind CryptoPunks). These characters were launched in May 2021 via a Dutch auction, starting at a value of 2.5 ETH. A marketplace is coded into the Meebit smart contract, which allows the owners to trade Meebits with each other, free of any cost. This marketplace can be accessed via the official website of Larva Labs.

Meebit owners get access to an asset pack that includes the full 3D model. This model is meant to be utilizes as an avatar in the metaverse. It can also be imported into a majority of 3D modeling and animation software. Note that IP rights are not included with the NFT’s ownership.

Loot for Adventurers is a NFT collection that is barely a week old , but has created ripples in the NFT community. The sleek and simple design is filled with utility, or at least NFT collectors have found huge value in the list of characteristics each Loot NFT is assigned with. It runs on the Ethereum blockchain and was launched on August 27th. According to the official website, this is a selection of “randomized adventurer gear generated and stored on-chain”. All visuals, stats, and power indicators are purposefully omitted, this remains significant in attaining the main goal of Loot which is to give collectors a chance to interpret their NFT, in any way they desire.

Each Loot NFT represents a “bag” of characteristics, with a total of 8,000 NFT Loot bags that are available for the primary sale. Each bag is allotted with a number, allowing collectors to identify their NFT. Every single Loot NFT consists of 8 characteristics, pertaining to the following: chest, foot, hand, head, neck, ring, waist, and weapon. The interpretation of the combinations is left entirely up to the community. 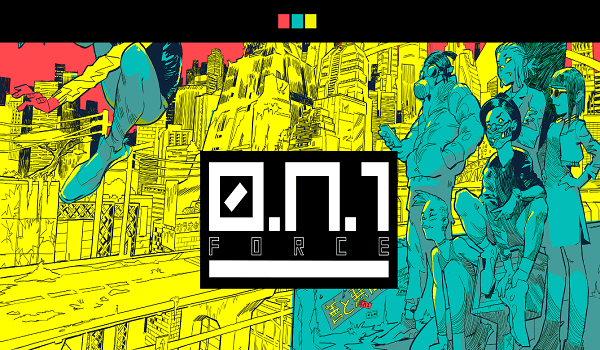 The 0N1 Force is a group of nearly 7,777 generative side-profile online characters with over a hundred features, that are drawn by hand and battle for survival.

The initial one of which is involved in a collective RPG that entrances players in the 0N1verse. The On1 Force Project is employed with unique features for people with impairments, with about 200 different attributes, so the collectors can relate to its characters on another level that is based on instincts, primarily.

Hashmasks is a living digital art collectible that was created by over 70 artists globally. It is a NFT collection that consists 16,384 unique digital portraits. It was created by Suum Cuique Labs from Zug, Switzerland.

By holding the artwork, the collector accumulates the NCT token on a daily basis, which allows them to pick a name for their portrait on the Ethereum blockchain. This is an opportunity for NFT enthusiasts to be among the first to take part in one of the largest collaborative NFT art projects to ever exist. On June 19th 2021, the Bored Ape Yacht Club announced its second ever drop, reserved only for members. The first drop was exclusive merchandise, the second drop gives every ape their own NFT dog for free (plus gas fees). This came to be known as the Bored Ape Kennel Club.

One of the unique features that these dog NFTs have is that the royalty fee is 2.5% for the first six weeks, after their launch. All proceeds generated from these fees will be donated to numerous no-kill animal shelter charities. 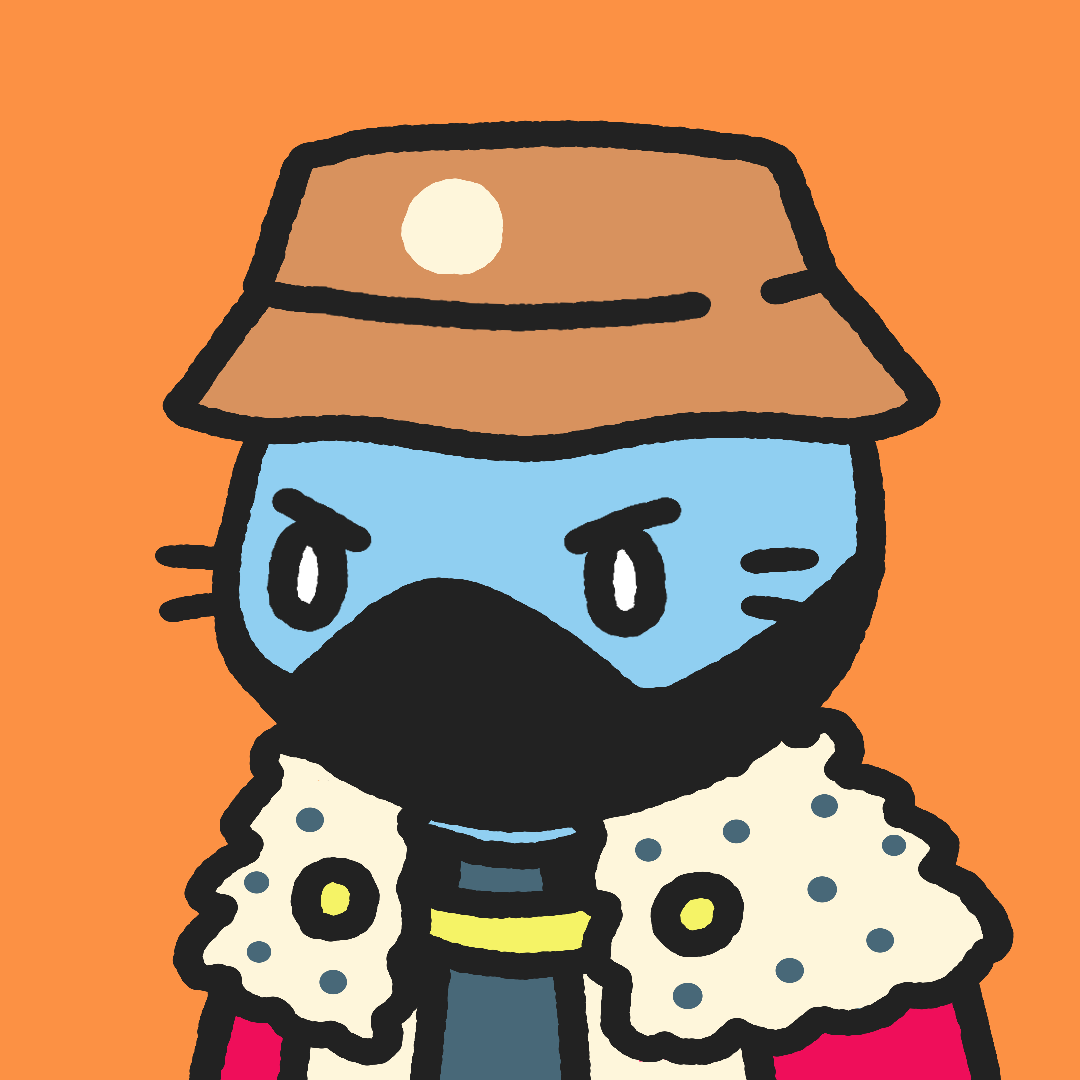 Cool Cats are a NFT collection of programmatically that are randomly generated NFTs on the Ethereum blockchain. The first generation consists of 10,000 randomly assembled cats from more than 300k total options. Cool Cats have a variety of outfits, faces and colors, the collection claims that all cats are cool, but completed outfit cats are the coolest. Each Cool Cat consists of a unique body, hat, face and outfit.

Cool Cats are valued between 3 to 10 points. These points are determined by the items each Cool Cat is made up of. Common items like a beanie or a hat are worth fewer points, when compared to more rare items like a computer head or an ape outfit.

Which NFT Collection is your Favorite?

Do you collect NFTs? Do you have NFTS from any of the NFT collections we have mentioned? Which NFT collection do you think is the best? All these collections are available on Opensea for purchase. If you are new to NFTs, and would like to buy an NFT from the above collection, do let us know under the comment section.

Before you purchase your first NFT, know that the value of the NFTs are driven by the community. If there are no buyers, it may not be possible to sell your NFTs. So invest wisely.