NFTWorlds: This Metaverse Project Has The Potential to Give 10X Return by 2022 End 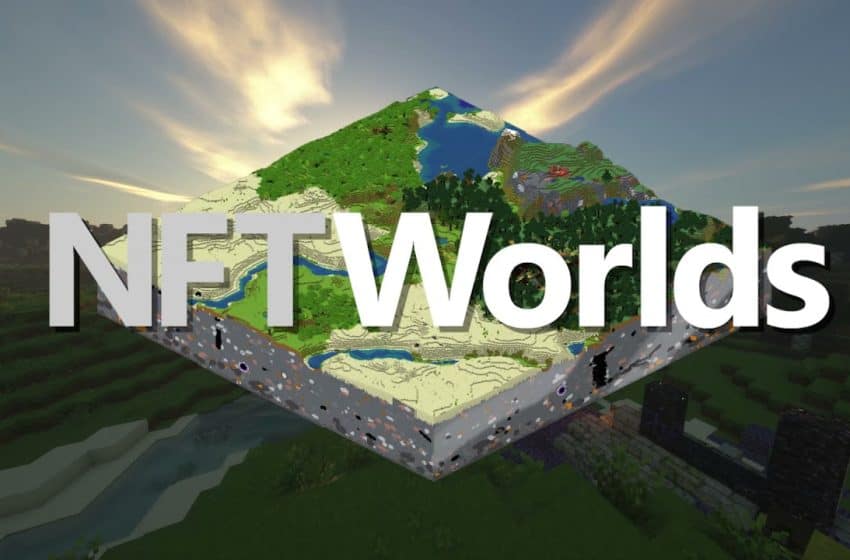 Can you imagine owning a WORLD? And not figuratively like you are the queen of the world or something. Rather literally, like there is proof that authenticates your ownership over that world? Better yet, even others know that yes, you are the owner.

Okay, next question. Can you imagine multiple worlds that can be traversed as per your wishes? Can you imagine creating games in your world and making them accessible to other players?

Well, all of this is possible with this new Metaverse Project NFT Worlds.

In this article, we will try to understand in detail what exactly NFTworlds is, how it is different from other gaming platforms, learn more about its native token, and much more.

So let’s delve right into it!

What Are NFT Games?

Before going into NFT World, let’s talk a little about NFT games.

So what are they? NFT games are basically play-to-earn systems that use blockchain to prove ownership of game assets.

The difference between traditional NFT games and the recently in-market NFTworlds lies in this ownership aspect. The assets in NFT Worlds are the world themselves. Players can buy and own NFTs for each world!

NFT Worlds is primarily a Metaverse project that is based on Minecraft and uses the Ethereum blockchain. This new Metaverse is essentially a collection of 10000 unique Worlds or plots of land. It is a Metaverse game that is completely decentralized, and open to players for them to create novel experiences and possibilities in each world.

Each NFT is tied to a unique piece of land where you can build on and customize your experiences for that user base. 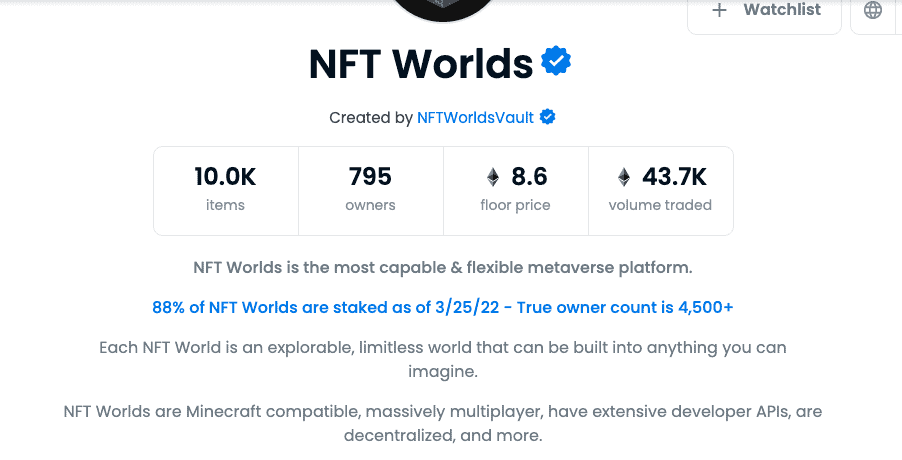 Presently, there are about 4500+ owners that own atleast one plot of land from NFTWorlds. The current floor price is 8.99ETH and more than 43400 ETH volume has already been traded. By Floor price, we mean, the cheapest land on NFTWorlds is available for almost 10000 USD.

For anyone who does not know about Minecraft, it is a video game with more than 100M users. It is featured by players required to create and break apart blocks in three-dimensional Worlds.

Why basing this project on Minecraft is actually an asset for the builders, we will discuss later in the article.

How Is NFT Worlds Different From Sandbox (SAND) And Decentraland (MANA)

The SANDBOX and DECENTRALAND are the presently most popular NFT projects. But NFT Worlds has the potential of giving them tough competition because of its unique design.

So one of the biggest differences and advantages that NFT Worlds has over the other popular NFT games is that the NFT Worlds can be played on different gaming consoles like XBOX, Playstation, and Nintendo Switch Station. While Sandbox and Decentraland can be run only on Windows, Linux, and OSX. (Sandbox runs only on Windows). This becomes very important because the traditional gamers and the huge gaming community sit on these consoles.

NFT Worlds is also playable on smartphones, tablets, Android-iOS, iPhone, and many web-based platforms as well. NFT Worlds is almost the same as the other two, but is more flexible and therefore exposed to a wider base of consumers. 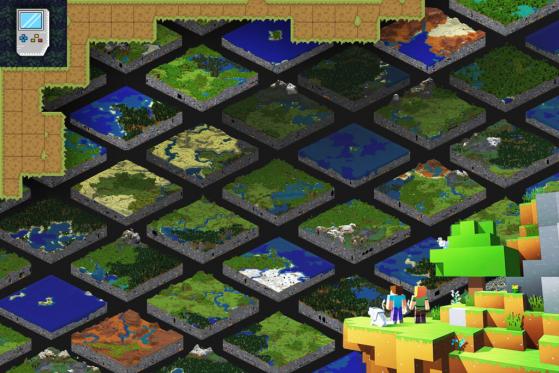 Now, coming to the second difference is the NFT Worlds’ use of Minecraft. That means that this project is not built on something novel, nor are they starting from scratch. Rather NFT Worlds is a unique project that is built on an already existing powerful, popular platform that is all open source.

Okay, so what is open source? Open-source software is something where the users can use and change stuff at their own discretion. Let’s connect it to NFT Worlds now.

The NFT Worlds Servers is supposed to be open-sourced. That means when someone buys a world in the NFT Metaverse that automatically gives full control of that world to the owner. Now this world owner, if he wants, can host this world as a playground for other players.

NFT World server works after the owner of the world has finished launching it and has enabled the world for multiplayer access. This is done by assigning a server routing configuration through the NFT world server router smart contract.

The Worlds that have this server router configuration on this smart contract will show playable and they will also appear in the NFT Worlds play option.

What Is A Smart Contract?

So, in general, the concept of smart contracts came into play much before cryptocurrency ever entered the market. It was back in 1997 when computer scientist and law scholar Nick Szabo came up with it.

The smart contract is sort of a distributed ledger to store contracts. They are just like real-life contracts only digital. It is actually a small computer program stored on a blockchain. What do I mean by that? Let’s take a simple example.

The best part? No one controls the money and smart contracts are more trustworthy than any other fundraising platform. This is because it is stored on blockchain making it immutable. Being immutable no one can change the particular code of your contract. And because it is distributed the output of said contract is validated by all.

Remember the invalid server router configuration will be ignored by the smart contract and thus it will not be shown as playable. This makes the NFT Worlds a little more decentralized and authentic.

What is meant by this? Certain portals within the world connect one world to another. This opens numerous possibilities for the players as they can go between Worlds exploring and finding new stuff.

How does this Portal system work? So once the player reaches a ‘portal’ the game client does a lookup for connection details of the world on the smart contract to where the players will be transported to. If the lookup succeeds then the players are connected to the new Worlds server and thus placed in place in the new world with particular location coordinates. 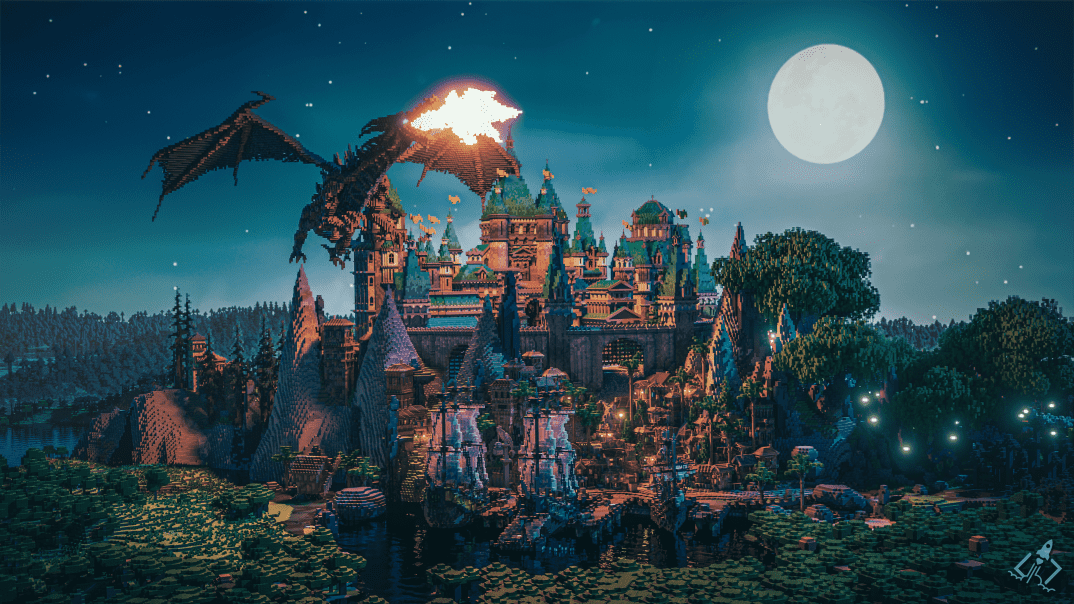 This concept of portals and player transports allows world owners to collaborate on world designs, systematically designing worlds to make them more interesting and imitative of the real world.

(Note: The game client is a network of computers that connects the user directly to the game’s main server. It allows the players’ scores and all to be made available to other players as well.)

This feature further decentralized the entire concept of NFT Worlds. So what happens in traditional NFT games that are centralized? All of them are hosted by that same central server so the problem is if that goes down the entire game will crash. The player’s progress and NFT assets on the game would be lost for that session.

But NFT Worlds game launcher prevents that. It automatically installs the Minecraft mods, a blockchain-specific unique ID among other stuff that is specific to NFT worlds.

Players can use this launcher when they play.

This launcher interacts with the smart contract allowing the game client to know where a particular world server is hosted and how it can be connected to.

Logic Behind NFT Worlds on Minecraft

The maximum supply of $WRLD token is 5 billion. Now 50% of this supply will be given away in play-to-earn (P2E) rewards. That means any player who plays a game in the NFT Worlds will have a chance to win this token. This distribution will go on for over a timeline of 5 years. This is great news for NFT Worlds because this way the $WRLD token can be adapted to many projects who can then redistribute it to its players. This way the token will have a high utilization value. 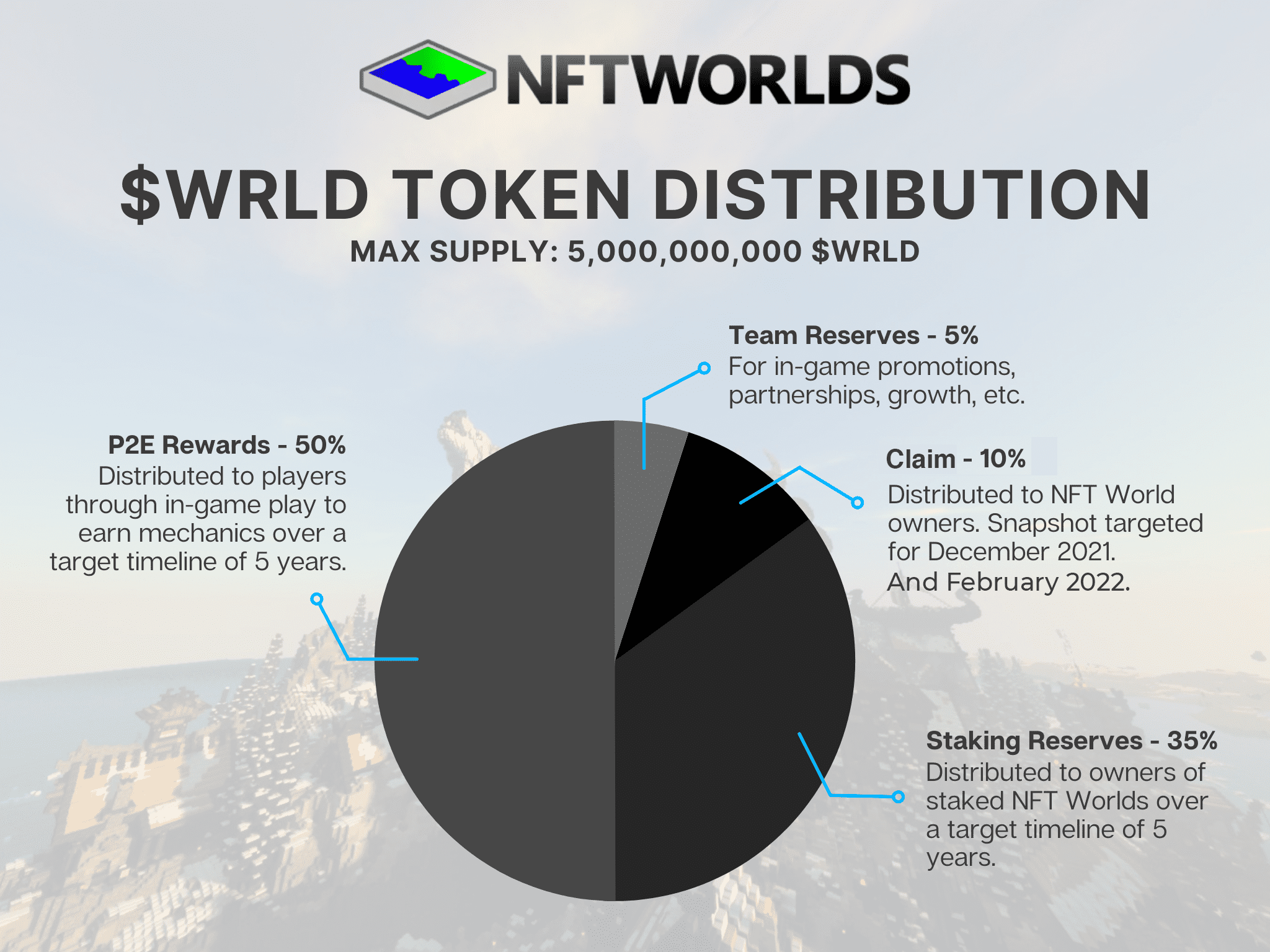 About The WRLD Tokens

$WRLD Token is the currency used for transactions inside the NFT Worlds games. It can be operated on the Ethereum and Polygon networks.

(Note: Using Polygon Bridge WRLD can be bridged between Ethereum and Polygon)

This also makes it simple for world owners because they can build on existing infrastructure that allows Pay-to-earns, and in-game transactions for players all connected to the blockchain. 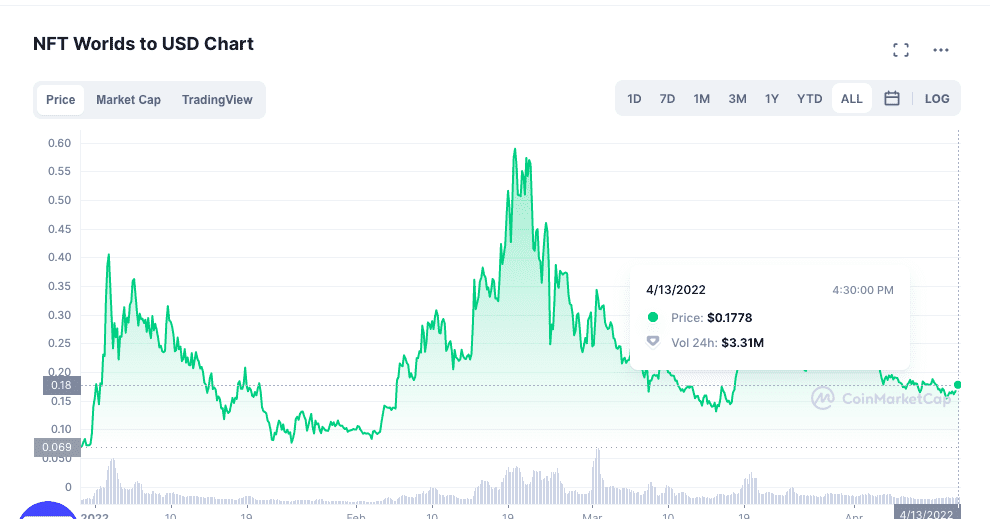 NFTWorlds token is trading at 0.17USD at the time of writing.

How to Buy NFTWorlds (WRLD) token?

You can buy NFTWorlds token from Uniswap, Quickswap and MEXC.

How To Earn Money In NFT Worlds?

Only last month the NFT Worlds introduced staking. Here, owners can stake their world NFTs and earn interest in the form of WRLD Tokens.

If you stake a world NFT, depending on how many unique features your asset exhibits you will be paid the WRLD token accordingly at regular intervals.

The latest news about NFT Worlds as reported by their Twitter account says that they would be releasing their NFT Worlds launcher sometime this week.

Though for the past few weeks the value of NFT Worlds has decreased, it is expected to rise again.

Thus NFT Worlds project has become a popular Metaverse where NFT and crypto are possible. Players can play and earn money. They can also purchase NFT assets and make profits by selling them.

Like any other Metaverse or crypto project in general,  this project comes with own risk. The price could further go down, but if we see the chart NFTWorlds is trending almost near the support, and is likely to give multiple returns. But the fact cannot be denied that NFT Worlds is the latest gaming Metaverse all set to take on the tech industry by storm!

Disclaimer: Crypto is very volatile, and this is not an investment advise. I personally liked the project and shared for educational purpose only. Please DYOR before investing.