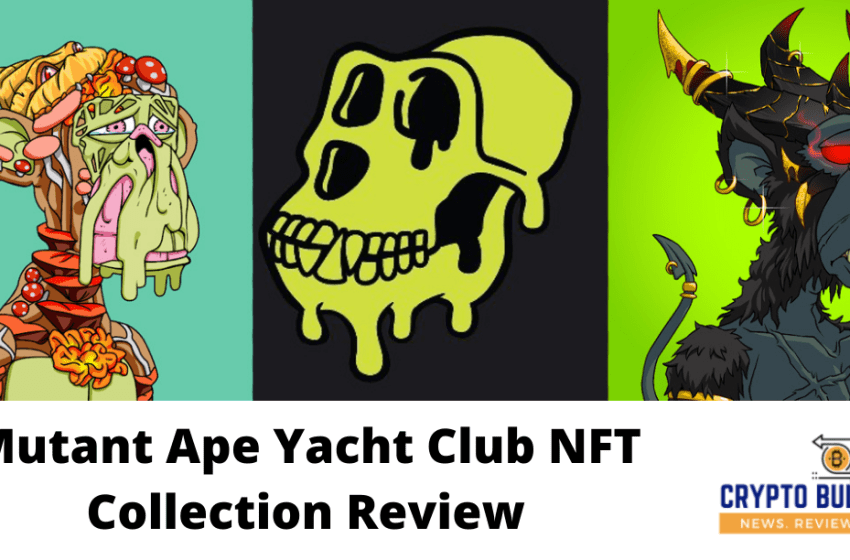 In this article, we will dig a bit deeper into this project so you can see why it is one of the best and also most dominant NFT collections available in the Metaverse. So, read all the way through to the end so you do not even miss any of it.

Before we begin our Mutant Ape Yacht Club NFT review, it is crucial to understand the backstory.

MAYC NFTs, or Mutant Ape Yacht Club NFTs, are a group of 20K mutant apes. Those same NFTs cannot be obtained normally because the bored ape NFT must be exposed to a vial of Mutant serum. The other method is to buy them directly from OpenSea.

Mutants are the membership’s final tier as well as the end of BAYC’s Roadmap 1.0. Moving forward, BAYC’s priority was to provide utility as well as “member-only benefits” to Bored Apes, followed by Mutants.

The build-up to the absolutely crazy drop was shrouded in secrecy – while the community knew anything big was on the way, no one realised what it was.

BAYC wrote on twitter early Friday morning, “MAYC Tomorrow 8/28/21.” It also declared the time for a screenshot as well as the airdrop of Mutant Serums. BAYC did not indicate much more about MAYC or Mutant Serums, having left the community in the dark but ecstatic.

Initial mint price was set at 3 ETH. And over the course of 9 hours, the price would then gradually fall to 0.01 ETH.

Users would get the same impression seeing the same location if you visit the Mutant Ape Yacht Club webpage. The only thing that is different would be that the mutants live within an arcade machine instead of the basement of a bored ape yacht club.

How to purchase Mutant Ape Yacht Club NFT on Opensea?

Mutant Ape Yacht Club’s all-time average price seems to be 12.5 ETH, so expect to have to pay around that amount to assure an NFT in the acquisition:

What Is the Mutant Ape Yacht Club NFT Vial?

As per the website, the Bored ape would have the same expression after being subjected to M1 as well as M2 serums. But it’s unclear just what would actually occur with the Mega Mutant serum. A Bored Ape NFT owner could use serum to obtain a new NFT while keeping the old one. The Mutant serum’s creators have not placed any restrictions on its use. The BAYC holders, on the other hand, were not permitted to use the serum till the Mutant Ape Yacht Club public sale was completed.

So, what can Mutant Ape owners hope for?

Mutant Apes, as per the new roadmap, becomes an essential component of future utility for the entire Bored Apes ecosphere.

The most intriguing historic moment on the roadmap is indeed a highly anticipated Bored Apes versus Mutant Apes contest.

Mutant Ape owners, it appears, should also be able to reap the benefits from 3D recreations of their avatars. 3D Apes were one of the most future expected advancements for the collections. Holders of a 3D Mutant Ape would be able to use their Ape character to gain entry virtual applications. Consider VR Chat, Somnium Space, as well as other digital worlds that allow VRM suitable avatars. 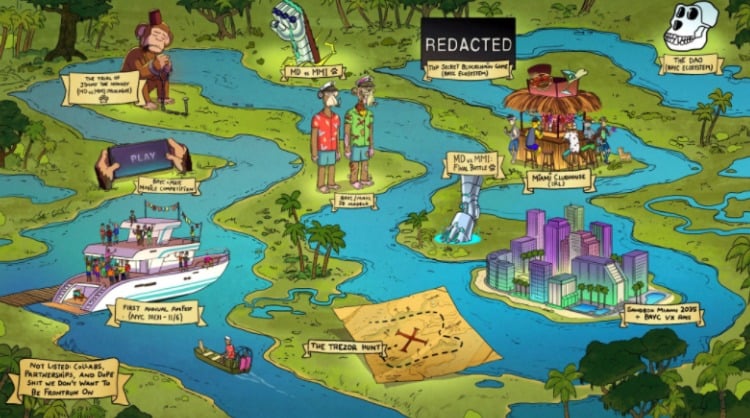 Aside from MAYC-themed events, the devs team was sticking to its promise of the exclusive advantages for initial Bored Ape holders. The Trezor Hunt was one of the most thrilling unique BAYC milestones.

The Trial of Jimmy the Monkey was another intriguing new component revealed in the roadmap. Jimmy was the main character in its most latest treasure hunt, which ended on September 14th. According to the plan, Jimmy continued to play an important role in the BAYC story. Several events also took place in his honour in the months ahead.

If users did think Mutant Apes as well as Mutant Serums were indeed a lot to process in, wait until you see what’s next!

BAYC also released the Mutant Ape Arcade game, which is only available for 3 days.

Curtis, the founder of BAYC, is the main character of the game, which is established in a BAYC-inspired sewer world. The aim of the game is to beat The Mutant Ape as well as escape MAYC. If you are the winner, you would be asked to enter your wallet address. Three days later, BAYC would then airdrop a POAP to commemorate your victory over the Mutant.

We’ve been bullish on MAYC NFTs ever since beginning, as well as we keep hoping you can see why. So, if you really want to start an NFT project and also have a lot of money, you should consider purchasing Mutant ape yacht club NFTs. There is indeed a good chance of upcoming airdrops with large giveaways – as well as the price is probable to skyrocket.

So, well before prices of these NFTs rise dramatically, you could perhaps want to get in on the ground floor!

MAYC has one of the greatest whale distribution ratios in the cryptocurrency space. This indicates that there is a substantial collector community behind the project. MAYC is clearly expanding at a rapid pace, attracting interest from all over the world. It isn’t too late to jump in on a BAYC or Mutant Ape NFT.

Want to read about another Bluechip NFT Collection? Click here