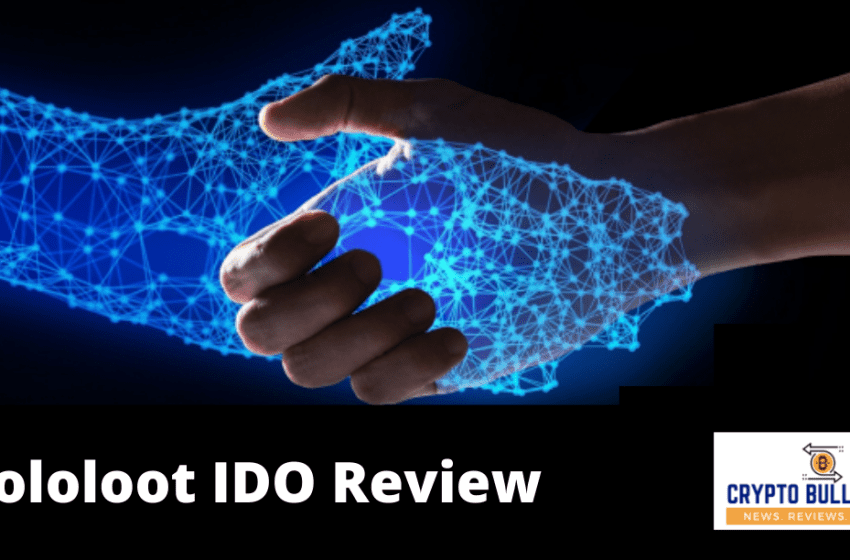 Although NFTs are taking the world by storm, one sector of the market is still in its infant stages, augmented reality.

In a year filled with Metaverse narratives promoting a future in which the virtual reality world, augmented reality, and mixed reality systems are always as common as regular mobile phones, the quietness from AR platforms has already been deafening.

This creative ecosystem allows the user to select as well as create user-generated content while also adopting personalities in its virtual environment. Continue reading to learn more about this Hololoot IDO, tokenomics and its roadmap.

It was created by AR industry professionals as well as combines the most recent advances in 3D modelling with the special characteristics of NFTs to develop an application that is both effective and simple to use.

The lootbox mechanics found in many current games will be implemented in Hololoot. Several scientific studies have shown that gamification can encourage users to return to the application on a routine basis.

At the very same time, if it is planned in an ethical manner, it is non-invasive and has no effect on the overall experience if someone wanted to opt out. NFTs airdrops as well as Tokens help the users of this ecosystem to take the benefit.

Users can collect tokens in order to successfully complete various in-app tasks, such as sharing a hologram image on social media platforms or just by minting an NFT.

You must be thinking about what the project is attempting to accomplish and what are its goals.

The goal of Hololoot would be to introduce 3D content from the metaverse to existence using its specialised AR smart technology, enabling creators by giving access to a simple and powerful codeless ecological system that will enable convenient as well as simple AR NFT creation.

Another intriguing aspect of Hololoot is its gaming environment, which incorporates the well-known Play-to-Earn framework (P2E). P2E allows players to earn rewards for playing their favourite games while also giving them more control over the in-game economic system.

What Exactly is Augmented Reality?

Augmented Reality (AR) is an innovation that augments our physical reality world by superimposing digital data on top of it. Unlike Virtual Reality (VR), which generates an artificially created environment to replace the real one, augmented reality (AR) has a clear view of an existing environment and augments it with sounds, clips, or graphic elements.

With developments in AR technology, these aren’t all that dissimilar to what you might already have on your mobile phone.

In the near future, they are intending to support four types / tiers of NFTs:

The most common and essential type. These could be 3D models or photogrammetric scans of any kind.

You just have to simply post it to the platform, fine-tune the metrics with the Generator, simply mint it as an NFT, keep it in your Hololoot’s wallet, as well as post it in the AR application.

After doing these, you have successfully joined the mobile Augmented Reality NFT marketplace.

This NFT was created by gamers, for the gamers. Their strategy is to approach gaming companies around the world as well as encourage users to post their 3D resources as collectible NFTs. The very first step is to become involved with Enjin’s developers, and then go beyond that. Consider all of the playing games assets, including such weapons or characters, that you might make a reality.

AR NFTs that are linked to Physical Objects

This is a more advanced concept. This form of AR NFT necessitates a direct link between the metaverse as well as reality. Their  best bet is a QR Code or an RFID Chip, but there are also other options that we are investigating. It can be a physical work of art with a digital counterpart. You have the option of owning both or just the one.

AR NFTs based on locationWhen they will have a sizable community as well as a sufficient number of assets on their Hololoot IDO marketplace, then they will intend to launch a location-based type of NFTs. Do you remember Pokemon GO? What if you could own the digital twin of a statue in a specific city that the other marketplace users could engage with? If they think it’s beautiful, they might purchase it from you. Consider airdrops that you’d have had to discover by moving around your city. That’s their plan.

The Token would be used to build, strength, as well as sustain a long-term eco – system for Augmented Reality furniture NFTs. To that end, the team has developed a tokenomics framework that ensures both sufficient Token liquidity at every stage of project advancement as well as a healthy token release rate that’s also recompensed by a built-in token burn method.

The native token of Hololoot IDO is $HOL and it will be distributed to the holders with IDO:

Private Price: 0.1USD, 10 percent at TGE and then linear over next 1 year.

The $HOL token will include the following features: 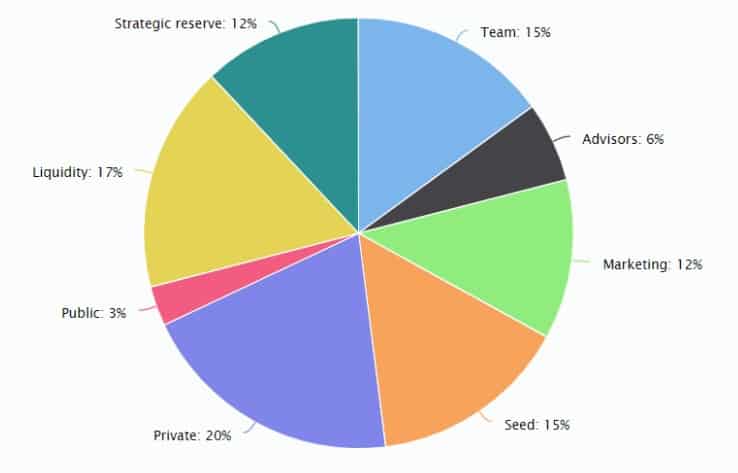 $HOL will be available on three IDO launchpads: Seedify, Synapse, and Enjinstarter. The sale will take place over three days, from December 10 to December 12, for just a total raise of $600,000 BUSD at a price of $0.20 BUSD for every token.

The TGE is scheduled for December 13th.

Public vesting is in effect: 30% released at the TGE, followed by a 14-day cliff as well as linear order to unlock over a month.

Seedify is an IDO platform that enables gaming projects to fund raise via their launching pad. The trend of play-to-earn is bringing in a completely new era for the blockchain gaming community. The new types of benefits provided by blockchain, such as acceptance, commitment, prize models, as well as NFTs, are obstructive new forms of actual gameplay. Seedify’s platform facilitates Initial Game Offerings (IGOs), helping quality blockchain projects in acquiring crowd – sourcing financing and also aiding them in community building as well as marketing. Seedify has the most launch allotment, but that shouldn’t fool you. Their launches have such a history of selling out rapidly, but there aren’t an endless number of spots in the pool.

Synapse is indeed a cross-chain layer protocol that enables frictionless blockchain inter – operability. Synapse authorities integral blockchain activities including such asset transfers, swaps, as well as generalised messaging with cross-chain features by providing decentralised, permissionless transactions at all between the L1, sidechain, or L2 ecosystem – and in doing so, it enables new primitives based on its cross-chain architectural style. Synapse registration has already begun at 09.00 UTC on December 7, this means you must make preparations for whitelisting in all this time so that you’re ready while registration opens.

Synapse explained how to participate in their rounds. Make sure to carefully read all of the specifics:

EnjinStarter is a startup accelerator specialising in blockchain game play, NFTs, as well as Metaverses. They  focused on developing an ecosystem for Enjin as well as Efinity, bringing together such a community of creative designers as well as content creators to formulate strategies for utilising digital resources in their games as well as projects. It was created on Enjin’s Jumpnet.

Their TGE is scheduled for December 13, only after sale rounds have concluded. Don’t buy any $HOL until they announce the DEX listing, but even then, always cross-check the contract. 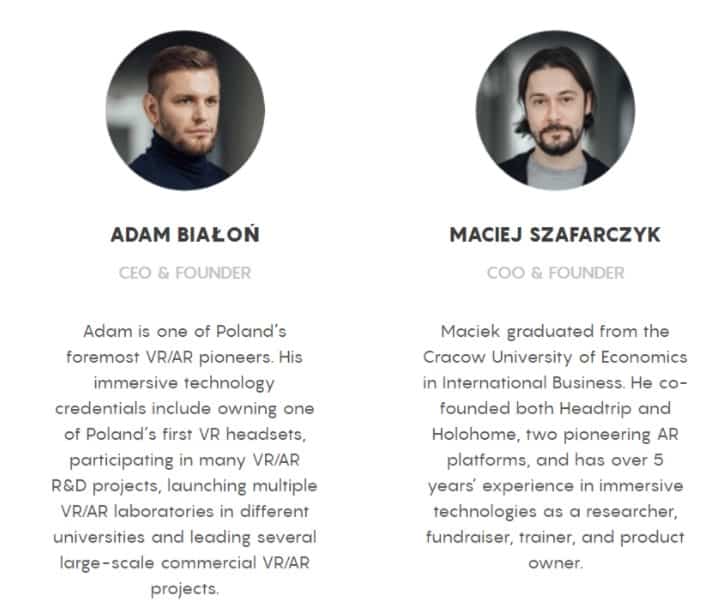 Let’s look at the roadmap of Hololoot. 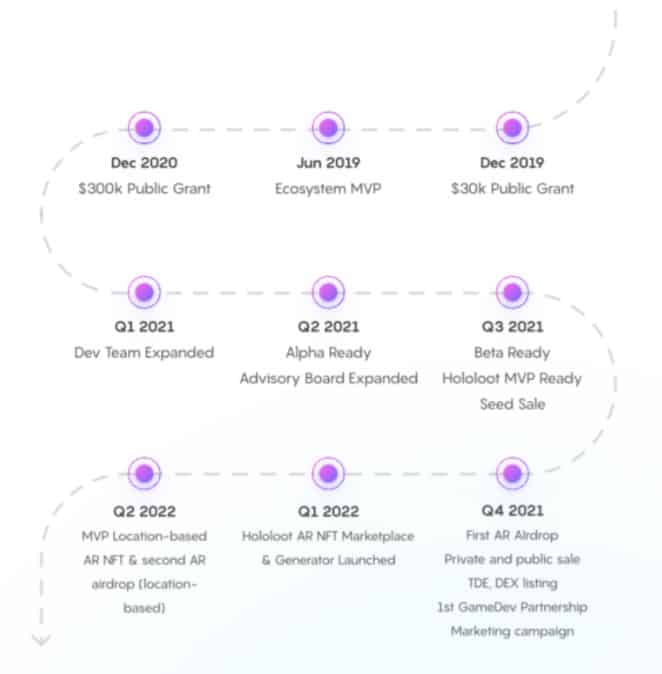 The following are key components of Hololoot’s gameplan:

After managing all these things, the team released the World’s First AR NFT Generator as well as Marketplace.

My Personal Thought on Hololoot

Hololoot  has indeed teamed up with many other gaming projects to coordinate unique AR NFT drops, as well as the Metaverse expands, users would be able to create AR NFT from 3D models as well as scan through Hololoot’s cloud service, start games with AR NFT through AR application, mint, export Copy, purchase and sell AR NFTs.

Looking at the versatility and hype, Hololoot is a project I think is worth investing.

As the cryptocurrencies and NFTs in general are risky investments, one should not put all of their money into them. However, based on our research, we believe that the Hololoot IDO may return multiple-Xs. We also mentioned Hololoot as one of the top IDOs to invest in December.

Please do let us know if you sincerely think something is missing from this review, or if you simply want to provide feedback or discuss the above article with others. If you have any general questions about the topic, please post them in the comments section.