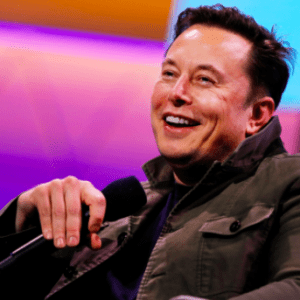 Tesla, in their annual filling report last quarter had reported that they added Bitcoin to their balance sheet. They made an investment of 1.5B investment in Bitcoin. Soon after the news spread, we saw a major jump in the Bitcoins’ price. Today it is trading at 53,596 USD or 40 lakh INR, at the time of writing.

Tesla recently announced in their Q1 earning’s result, they liquidated 10% of their Bitcoin holdings for $272 million.

Many, in twitter, did not seem to have liked Elon’s selling Bitcoin news.

Dave Portnoy was found tweeting to Elon, ”So am I understanding this correctly? @elonmusk buys #bitcoin. Then he pumps it. It goes up. Then he dumps it and make a fortune. Listen I own 1 #Bitcoin but #bitcoin is exactly who we thought it was. Just don’t be last 1 #HODLing the bag.”

To which Elon replied, ”No, you do not. I have not sold any of my Bitcoin. Tesla sold 10% of its holdings essentially to prove liquidity of Bitcoin as an alternative to holding cash on balance sheet”.

Elon’s tweet not only confirms that he sold only 10 percent of Tesla’s holdings to prove liquidity of Bitcoin as an alternative to holding cash on the balance sheet, but it also says he personally holds BITCOIN and have not sold any of it.

Later, Dave Portnoy clarified, ”Elon and I did not fight. As a true believer in #bitcoin and proud owner of 1 Bitcoin it’s my duty to defend against all lettuce handed threats no matter big or small, real or perceived.”

I personally think there is nothing to panic. Tesla still holds 90 percent of their Bitcoin they acquired last quarter. My personal opinion is that Tesla could add more Bitcoins in future. Not just Tesla, many other prominent companies could be adding Bitcoin to their balance sheet in the next couple of quarters. This was just an exercise to validate that BTC could be liquidated whenever you want, if needed.

Elon keeps posting about Bitcoin and Doge on Twitter. Doge surged to ATH recently, mostly because of Elon’s tweets. He also have purchased Dogecoins on his son’s behalf. He believes Dogecoin started as a joke, and what started as a joke could become the future currency.