How China played a part in the 2021 crypto crash 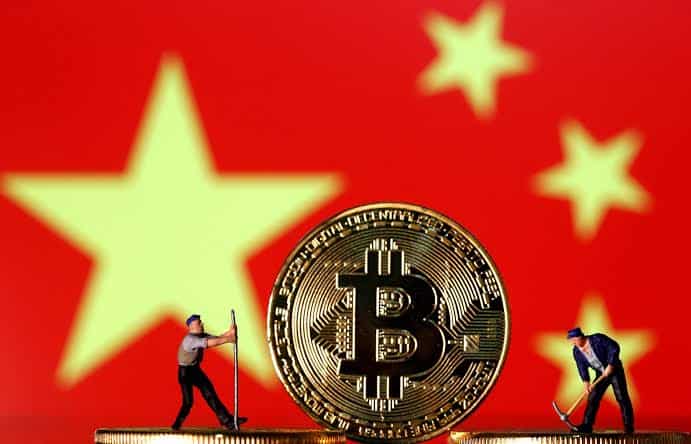 China’s new clampdown and strict regulations regarding crypto mining and its operations caused a major decline in prices of major cryptocurrencies including Bitcoin. This clampdown has compelled a number of miners to close or sell their machines in hopelessness and leave the business. Some are said to have been moving overseas to places such as Kazakhstan, as claimed by a Reuters report. This same crackdown could be the reason for 90% of crypto mining to be disconnected in the country.

However, as of now, the bears are definitely on the winning side as some of the major cryptocurrencies’ value hasn’t been recovering since it was in the red since 18 June, 2021 according to coinmarketcap’s data. How is the world’s largest cryptocurrency by market cap not recovering? And how does the decline apply to other major currencies as well? The simple answer is: China. Let’s dive deeper.

China has had a hostile relationship with crypto for a long time. Way back in 2013, when Bitcoin’s prices rocketed from $100 to $1,000 in just a few months, the country’s central bank had put a stop to financial institutions managing Bitcoin settlements. In 2017, fundraising via Initial Coin Offering (ICO) and domestic Bitcoin exchanges were also made illegal.

In the last few months, the Chinese government has been even more firm regarding rules against crypto trading and mining, and vigorous attempts on the crackdown are being made. Earlier in June, Sina ‘Weibo‘, a Chinese microblogging website launched by Sina Corporation on 14 August, 2009, took down roughly a dozen cryptocurrency accounts, leading to a fall in cryptos.

Beijing’s fresh crackdown in May this year made it more tough for people to facilitate cryptocurrency exchange and was expected to impact miners’ business. Apprehensions about this abolition had been weighing on the market since a few days, and the price of Bitcoin and other cryptocurrencies fell significantly after the event. The move was assumed to be a sign of a further clampdown on crypto by the Chinese government.

The new measures made it clear that no organization is to indulge in any kind of payment in terms of cryptocurrency. It is now prohibited for institutions to accept virtual currencies or use them as a means of settlement. Crypto-related information facilities were also made illicit. Payment companies and banks were also strongly advised to step up their monitoring of money flows in cryptocurrencies and pay close attention to similar risks.

Shortly after the Chinese Vice Premier Liu He and the State Council sent out a notice regarding the clampdown, many crypto miners including BTC.TOP and HashCow ceased almost all of their operations in China in the previous month. This step had massive consequences as Chinese miners are said to comprise 70% of worldwide crypto mining.

On June 20 2021, the People’s Bank of China (PBOC) admonished a handful of domestic banks as well as payment companies including Alipay, to make the restrictions more rigid on crypto trading. They were also told to halt the facilitation of crypto settlements.

This clampdown has compelled a number of miners to close or sell their machines in hopelessness and leave the business. Some are said to have been moving overseas to places such as Kazakhstan, as claimed by a Reuters report. This same crackdown could be the reason for 90% of crypto mining to be disconnected in the country.