y00ts were originally going to be called Duppies but a leak on twitter just days before the launch caused the project to be cancelled. It was as the team said, ‘they tried some shit, they learned some shit and now they are trying some new shit.’

The y00ts mint t00b project is more than just your average collection that builds up on the success of its previous collection.

What Frank and the DeGods team are doing is building up a completely new NFT project from scratch. The art, the website, the social media accounts, everything is different about this project. It is not an extension or successor of DeGods in any way.’

Even though DeGods has become the one of the top NFT collections on the Solana blockchain, it does not guarantee the success of y00ts, in any form. However, it certainly gives the collection an edge over the others. 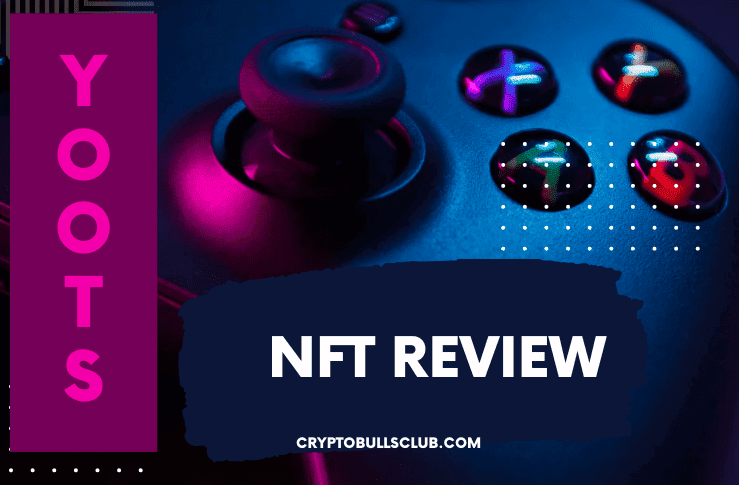 How did the y00t mint happen?

Being the most hyped upcoming collection on Solana means that it was not easy to get your hands on a y00t at the time of the mint.

The team behind y00ts has been really clever when it comes to making the y00ts community as exclusive as possible. To get a y00t you needed to either be a holder of a DeGod which would have given you the opportunity to mint one y00t at the time of launch by spending 375 DUST.

The second way you could have gotten a y00t is by getting on the y00tlist, a waitlist for which you needed to apply for the y00t scholarship. Users needed to submit an application and get hand selected by the y00t team. On the instance you did get selected the official y00ts account would have announced the same as well.

The y00tlist has its own twitter account as well to maintain complete transparency about the project and who are its holders. However, getting on the waitlist was not easy since there were certain requirements that you needed to fullfill. People who made the waitlist had to bring something to the table such as skills or an influential following on social media.

Even after making the list or holding a DeadGod, to buy the NFT you must have had 375 DUST which is the token of the DeadGod verse. This is equivalent to a little more than $1300. The only way to earn DUST was by staking your DeGods or DeadGods NFT. If you did not qualify for any of these then at the time of writing this you can potentially get a y00t on the secondary market like Magic Eden or Opensea.

The real value in owning a y00t is not because it is made by the same team that made DeGods, it is in the way the y00t’s IP is going to be set up. To understand how this whole system is going to work we need to first understand what is the y00t store and how the copyright is going to work.

Instead of the traditional copyright logo, the y00ts NFT will feature a different logo with the letter ‘y’ in it. The team is very transparent about this system and is open to criticism and and suggestion by the community since this system is going to completely new and experimental in nature. What most NFT projects do is that the IP is owned by the holder of the NFT. What y00ts is trying to do is something known as Creative Commons or CCO. It is an alternative way to license IP and allows for the holder’s assets to be owned by the public domain.

This means a y00ts holder can create sub communities or businesses based on the NFT they own and even commercialise that particular NFT through fan art and sub DAOs. Such sub communities can increase the public engagement and interest in that NFT and the project itself increasing its value.

Now let us talk about the most exciting part about this project, the ‘y00ts store’, this store is going to function as a place for artists to submit and list their own customised version of traits that can then be purchased by other holders to use in their own NFTs. The concept of a store is brand new in the world of NFTs and once again shows the innovation that the creators of this project are trying to bring to the table.

To answer the question of how this is going to work the answer is simple, the store is like a marketplace where anyone can customise any of the y00ts traits and list them by getting them approved by the team. To get approval the trait must fit the same space and metadata as the original. After approval the artist will own the IP to it and can collect royalties on it, if the artist chooses the trait an be free as well.

It is important to note that holders can only apply one customised trait per month. The customised traits cannot change the size, shape or name of the trait for example, a t-shirt cannot be changed into a fur coat or increased or decreased in size. Also as mentioned earlier the meta data cannot be changed as well. Moreover, the sub communities created by the holders can earn a % of royalties when sales happen or charge SOL for other people to join these sub communities.

How to customise your y00ts?

To customise a y00t, holders will need to first stake their NFT for a month to obtain one ‘y’ token that will be embedded in the meta data of their y00t. For every month that their NFT is staked the y00t will collect one of these tokens if the token isn’t used and stack it. The benefit of the stacking feature is that if an NFT has the maximum number of tokens stacked it can potentially sell for a higher than The maximum number of tokens that can be stacked is six. After accuring one of these token you can choose to change one of the traits of your y00t. However, one should be careful while doing so because you will have to wait another 30 days of staking before getting to choose another trait to be customised.

Application Of  These features

There are several ways in which holders and non-holders can generate revenue via these features. For non artists and holders of y00ts its simple, they can find an artist through the y00t store and proceed to have a set of traits customised for themselves, then they can create a sub community around their NFT and list these traits which can be brought by other holders. If the NFT with these customised traits sells they can earn royalties off that sale. There are a lot more such ways to monetize these features and traits.

You can buy y00Ts mint t00b from Opensea: Click here

There are more than 7.1k owners with a total volume of 358.6K Solana in less than a month.

The use cases of all these features and the project itself looks massive. I feel there is a current hype with this project. The project could become a bigger success than DeGods. It all comes down to the execution of the project and the continual support of the community around it. I will be surprised if y00ts do not end up being a one of a kind project that could potentially surpass the other big names in the NFT space. One of the reasons y00ts could surely succeed with this collection is their team.

Who is the creator behind y00ts?

How many NFTs are released?

15,000 NFTs is released in the yOOTs collection

What symbol will be used instead of the copyright symbol?

The symbol that is going to used is ⓨ

What is the current floor price of y00t’s toobs?