Rise of Rhelegus (ROR) NFT Project Review: To invest or not? 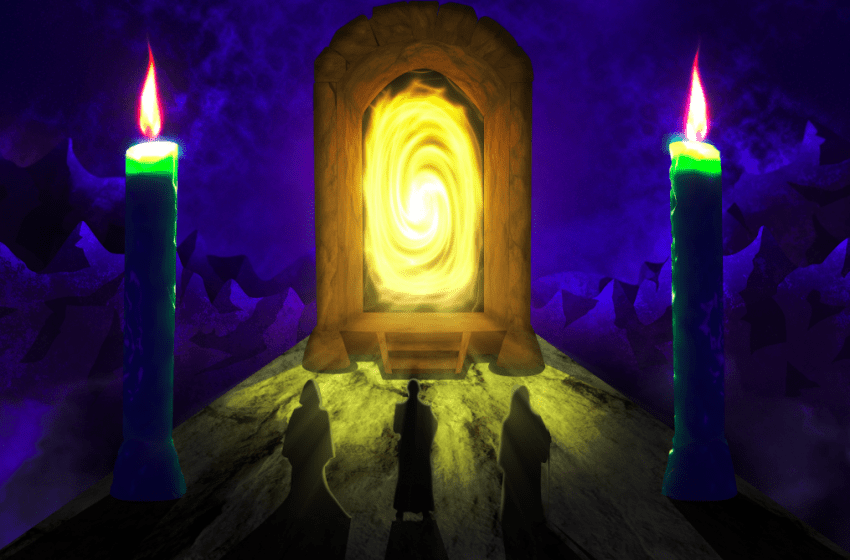 The NFT market appears to be booming in tandem with the resurgence of the crypto market. NFTs (non-fungible tokens) are anything digital that uses blockchain technologies to create an authenticated and public proof of purchase, such as doodles, music, game merchandise, video content, as well as other types of digital files. The majority of NFTs are 2D or 3D artwork of a specific type that is released in sets or collections. While the majority of these NFTs lack a compelling backstory, Rise of Rhelegus, an upcoming NFT, is known for its rich and detailed storyline that revolves around human greed. Rise of Rhelegus (ROR), which is set to be released by the end of November this year, has already piqued the interest of many NFT collectors and avid readers. The story is still developing, but it has a fantastic plot so far.

Before you read more, if you are new to NFTs, read this article first – What are NFTs and how to invest in them?

The Storyline of Rise of Rhelegus

Planet Xorbin is a flourishing planet much further away in the galaxy. The Xorbans (Xorbin residents) are content and prosperous. There are no wars or conflicts, and everyone continues to follow the Xorban set of values and beliefs, ethics, and fraternity to the letter, but not for too long. It is the year 2501.

Few massive corporations have made huge progress in the field of advanced technologies and space invasion on a different planet – Earth. They are now searching to colonize and capitalize Xorbin, ready to wipe out the entire alien population, after destroying the population of several planets such as Zorto and Gelwaq.

This looming threat has been brought to Xorbin’s attention. They are well aware that they are outmatched, and have no probability of surviving in the face of the powerful humans from Earth. As a result, they come to seek advice from the True Gods of Xorbin & find a solution.

The True Gods predict that humans will arrive in Xorbin in the next two decades. On Xorbin, time moves quickly; 20 years on Xorbin are equivalent to 6 months on Earth. The earthlings will invade Xorbin, and the Gods can only provide one remedy – Oxyzers.

The Oxyzers are 7777 immensely evolved and powerful creatures that existed on Xorbin for well over 170 million years. Oxyzers contributed to the current state of Xorbin by mutating and expanding its population in order to expand the planet’s resources. They went to unbounded Sleep after completing their mission.

So now is the time to reawaken them so that they would plan ahead for the impending war, which seeks to destroy Xorbin and its entire population. By minting every one of these 7777 Oxyzers, the Xorbans have the opportunity to save Xorbin.

Which type of a fighter are you ? Choose your #NFT weapon wisely🔮Magic or sharp attacks ? pic.twitter.com/OK6QGBzLaP

There are 7777 remarkable NFTs of the heavenly beings of Xorbin – Oxyzers on the ETH Blockchain waiting to be awakened.

Although all Oxyzers are extremely powerful, a select few have special powers that set them apart from the rest.

How much will ROR NFT cost?

Owning a Rhelegus NFT also grants you full commercial privileges to that character. All are valued at ETH 0.077, which is a very reasonable price for a project of this magnitude and with this much hype.

Possible utilities of the Rise of Rhelegus

Do you want to be part of planet Xorbin and join the #Rhelegus 🛸 ?

Citizens are discussing their sightings of the earth on the streets. Fear, anger, hope and especially uncertainty is displayed in their faces 😱

Three things I liked about the ROR NFT Project

ROR will be launching a Play2Earn game, which is a hot buzz now. Anyone holding ROR NFTs will be able to earn like Axie Infinity.

ROR is working on multiple NFT projects under their brand name. They will be building a metaverse for ROR NFT holders. A social economy will be built inside ROR metaverse.

Though the team is anonymous, there is not much red alert. The team and the project unlike other anon crypto projects, is backed by a reputed VC, Kent.Capital. We are sure they have done their due diligence. So the risk is certainly very less. Also we can see that Kent.Capital has invested in some solid projects which has given great returns, like Nakamoto Games, Project Seed, 2crazyNFT and Trustfi. We are expecting similar returns from the Rise of Rhelegus NFT project.

Rise of Rhelegus NFT: To invest or not?

The ROR NFT project should give good returns to the investors, given they are able to enter the project early. Whitelisting has not started yet, so it is important readers join their discord and stay active as they have announced a giveaway of 10 NFTs as well. By purchasing and participating, you will have a voice in the Rise of Rhelegus community and can share your viewpoints regarding the later stages of the project like breeding, the future of the descendants, and much more. Sounds like a steal deal to us. Let us know your thoughts in the comments section below!

How to invest in ROR NFT project?

Since it is early stage, you have higher chances of getting into this project. Best way to invest in this project is to join them on their Discord and stay active, ask questions etc. Also follow them on their twitter. Currently, the launchdate is not announced, but this is expected to happen by the end of this month.