QANplatform is a hybrid blockchain platform where the next generation dapps can be built in multiple programming languages in less than 5 minutes. Their framework is built in a quantum proof way, which means even if the quantum technology is built tomorrow, the platform you built on QAN will still be secure, making it the first company to do so. It relies on a new protocol: Proof of randomness.

QANplatform: What problems are they trying to solve?

Blockchain is not quantum proof, neither Bitcoin, not Ethereum or any other crypto. There is a risk of quantum computers getting built in future which could literally kill the whole concept of blockchain by doing the mathematical calculations in nano seconds. If quantum computers become a reality, the private keys can easily be figured out in nano seconds, the algorithms that are the base of current encryptions, can be broken easily. RSS and ECC, the encryption being used email, bank transactions etc would fail. You see the problem here?

QANplatform is trying to solve the exact problem by making the blockchain QUANTUM proof.

QAN is a quantum proof blockchain where you can write smart contracts, build Dapps, launch your Defi and NFT project. It is going to be the infrastructure on which various dapps would be made. You can code in different languages like Rust, Typescript, C, C++, Go, Lua. It is not just a private blockchain or public, but a hybrid blockchain.

QANplatform: Who Should use it and why?

In the last 3-4 years, a lot of dapps have been built, mostly on the most preferred Ethereum platform. While Ethereum is anyone’s go to platform for making dapps, there are problems as well. Network congestion and scalability is a concern, as of now.

For industries to use blockchain, it needs to be quick, easy, scalable, and highly secured. QANplatform is exactly what the next industries are looking for. It makes easier for you to make a defi smart contract or any dapp easily in less than 5 minutes on a quantum proof energy efficient platform, in a less complex way, bypassing the limits of Ethereum.

Qan is trying to built a 5G friendly hybrid business blockchain platform that is less costly (in some cases, almost zero), fast, scalable, enterprise ready transaction speed, and is energy efficient. They are getting ready for the the next industry shift that is about to happen in the world of blockchain, making it rewarding for developers and node validators and other participants. Transactions also comes with a fixed price in FIATs, which would be preferred by many industries over high and unpredictable gas fees.

QANplatform is IOT friendly. It makes it possible for all IoT devices to interoperate and communicate between each other

QANplatform: Who is Building it?

For any project to be successful, the very ingredient of the idea being a success is the team. Silur, who is one of the co-founders of QANplatform had worked with Monero, Ethereum, ZCash.

Other members bring in their experience who earlier worked with top companies like Bitcoin.com PwC, IBM, Uber and Deutsche Telekom.

The team looks experienced and have been working on building QANplatform since 2019.

How does QAN reward the developers?

Developers building on QANplatform get an incentive to write reusable code modules. When the code is being used and deployed by other developers, the original developer is rewarded and incentivised. Qan makes it possible for newly written codes to become an investment in itself for each developer. Cool, right?

QANX is a utility token that can be used for paying of contract deployments, executing methods for deployed contracts and pay for fees for transferring of tokens (or gas fee) much like ETH.

Let us look into the tokenomics. 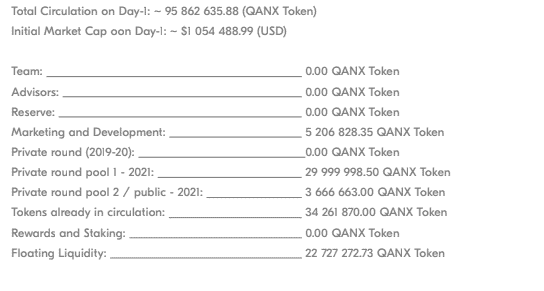 The QAN project started in 2019 and they have been building the platform since then. QAN private blockchain was released in October 2020.The public blockchain test-net will be ready by Q2 2021, followed by 6 months test. 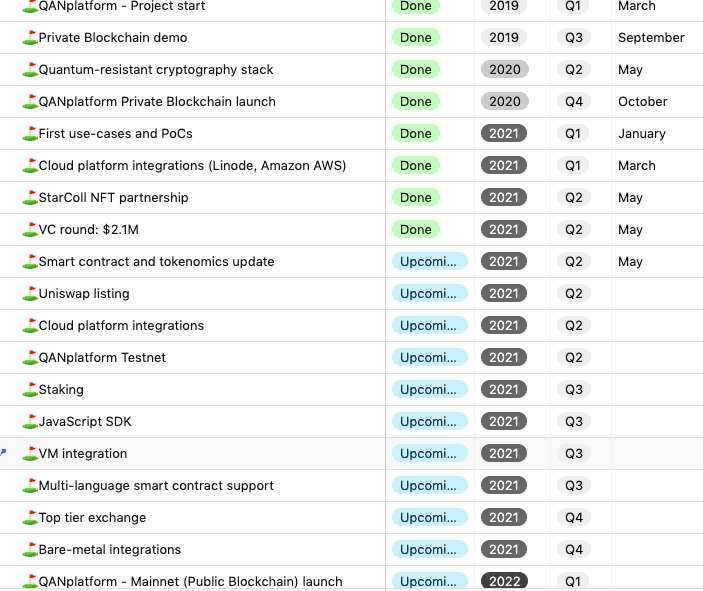 800+ limited edition Star Wars collectibles will be released as NFTs and they will be secured by the QAN blockchain platform. 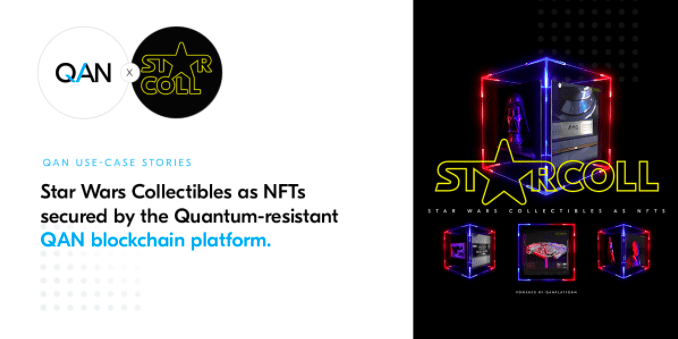 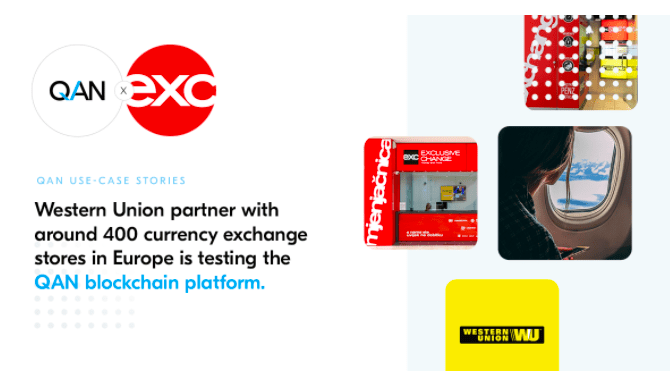 QANX Listing on Uniswap and Pancakeswap

After knowing about QANX, I personally feel there is a lot of market demand and need for QANplatform in 2021. The Quantum function makes it different from its competitors. The team is excellent and highly experienced which is what I look at before investing in any project. They have been working since 2019 building the platform. They have got investments from heavyweight venture capitalists. The partnerships have been impressive. I can’t wait for them to get listed.

QANX is not a quick flip coin and should be a long term hold. We very rarely see projects like QANplatform.

P.S. This is not a financial advice.