Harmony Blockchain Hacked: 100M lost to hackers – How did this happen? 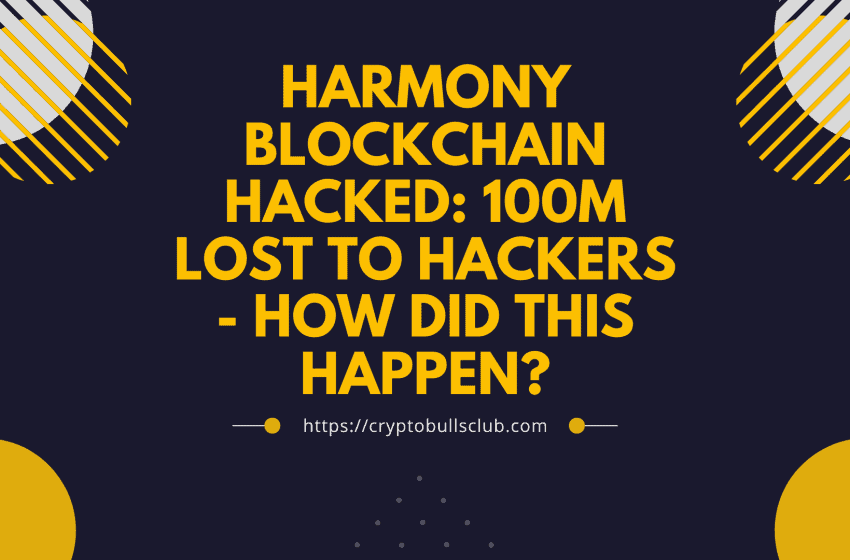 As part of the most recent significant theft in the decentralized financial realm, hackers have taken $100 million in cryptocurrencies from Horizon, a so-called blockchain bridge.

What exactly happened with Horizon?

According to a blog post on Friday by Harmony, the American cryptocurrency startup that created Horizon, it was informed on Thursday of a malicious attack on its exclusive Horizon blockchain bridge. More than 100M was lost to this hack. 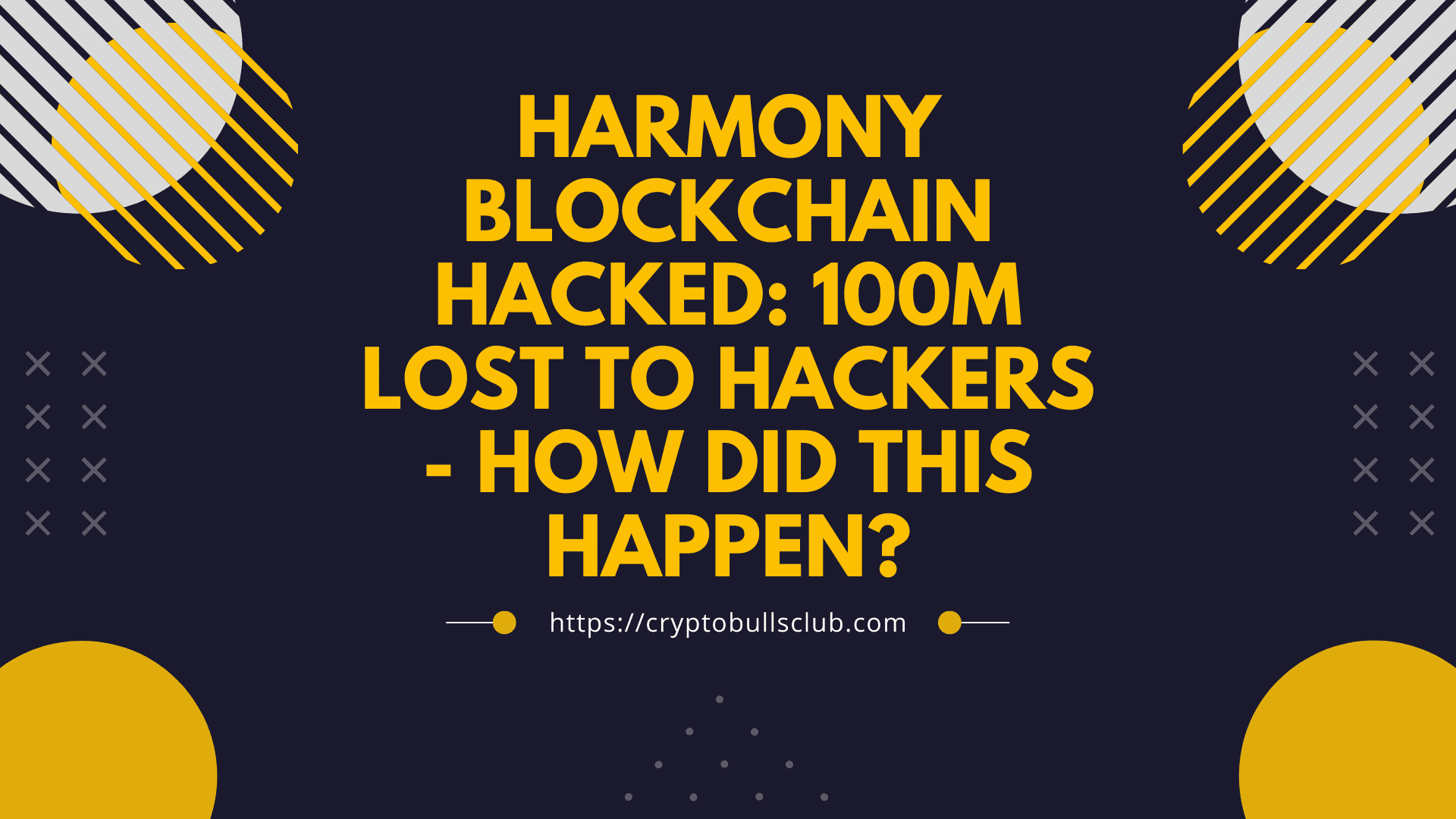 How did this happen?

Bridges between blockchains sometimes referred to as cross-chain bridges, make it possible for users to transmit assets from one chain to another and to communicate with other blockchains. Users can transfer assets between the blockchains of Ethereum, Binance Smart Chain, and Harmony using, for instance, the Horizon bridge from Harmony. These assets include tokens, stablecoins, and NFTs.

Between around 7:08 and 7:26 ET, the bridge was used in 11 transactions for a variety of tokens. The cryptocurrency hackers began sending tokens to an alternative wallet so they could exchange them for ETH on the decentralized market Uniswap (DEX). The actors then transfer the ETH back to the wallet from which they first got their hands on the tokens.

What do the team have to say about this 100M Theft?

To find the perpetrator and recover the stolen funds, we have started cooperating with national authorities and forensic experts, the start-up said in a tweet late on Wednesday.

In a subsequent tweet, Harmony stated that it is cooperating with the Federal Bureau of Investigation and numerous cybersecurity companies to look into the incident.

The team has also made an effort to get in touch with the hacker by including a message in a transaction addressed to the offender.

The Horizon bridge had been shut down by Harmony in order to halt additional transactions. The bitcoin bridge for Harmony was unaffected.

The Function of the Blockchain Bridge

In the DeFi market, blockchain bridges are important because they give consumers a mechanism to move their assets between blockchains. In the instance of Horizon, users are able to transfer tokens from the Ethereum network to the Binance Smart Chain. A different bridge for Bitcoin was unaffected by the hack, according to Harmony. Due to flaws in their underlying code, bridges have become a top target for hackers, just like other aspects of DeFi, which aspires to recreate conventional financial services like loans and investments on the blockchain. Assets are locked on one blockchain and unlocked, or minted, on another in order for people to use bridges to transfer their monies.

The theft continues a recent trend of unfavorable news for cryptocurrencies. As a result of a severe decline in the value of their assets and a consequent liquidity crisis, cryptocurrency lenders Babel Finance and Celsius froze withdrawals.