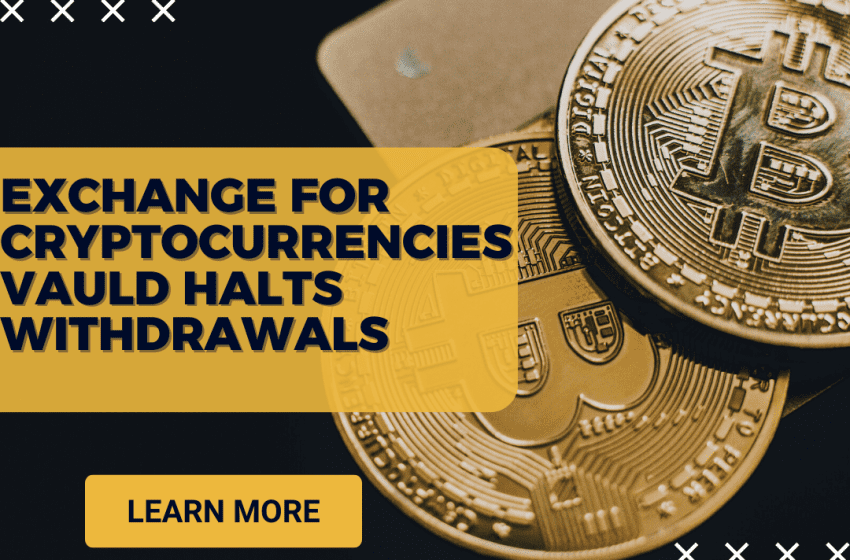 Singapore-based cryptocurrency exchange Vauld announced that it has halted all trading, deposits, and withdrawals on its platform owing to the unstable market and financial challenges that its partners are experiencing, which are now affecting it as well.

Why have withdrawals been stopped on the platform?

The exchange has experienced a marked spike in customer withdrawals, according to the business, which blamed it on the state of the market. Withdrawals from the exchange have surpassed $197.7 million since June 12th, 2022. 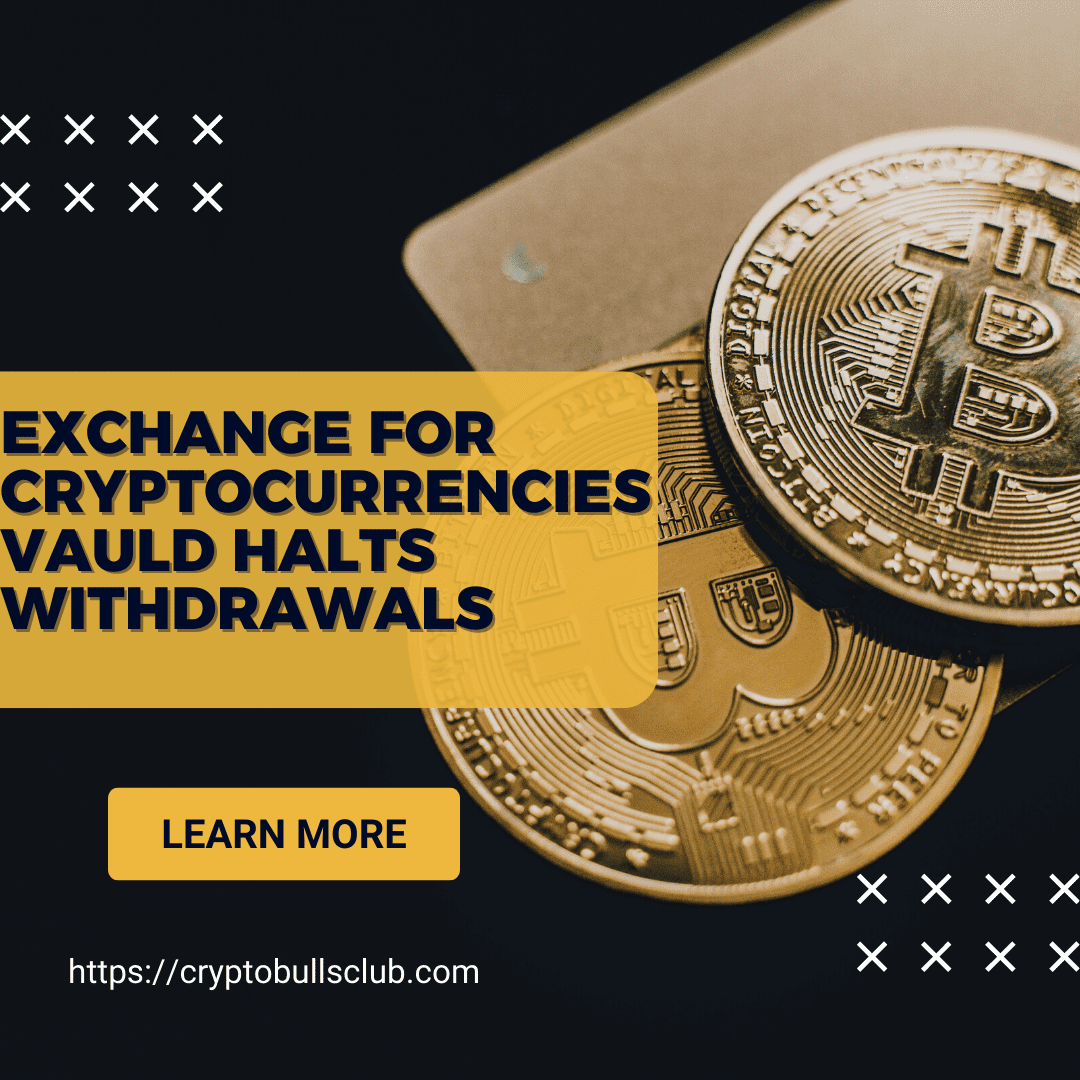 What is the company’s opinion?

We think this will make it easier for us to explore if alternative restructuring solutions are appropriate, in conjunction with our legal and financial consultants, the company wrote in a blog post. Vauld announced that it has retained Rajah & Tann Singapore LLP in Singapore as its legal counsel, Cyril Amarchand Mangaldas in India as its financial advisor, and Kroll Pte Limited as its legal advisor. The exchange gave its users the assurance that preparations would be made for deposits in the event that some customers would need to make them in order to pay margin calls related to secured loans.

With prospective investors in the Vauld group of firms, the company has begun talking. In order to give us time to carry out the proposed restructuring process, we plan to ask the Singaporean courts to put a stop to any legal action being taken against the concerned businesses or to delay its continuation, Vauld added.

Funds Raised by Vauld So Far

In July 2021, Vauld completed a $25 million Series A financing. Vauld’s CEO, Darshan Bathija, stated in an interview that the exchange has a million customers, most of whom are headquartered in India. Additionally, he had stated that Vauld’s business revenues had increased tenfold over the previous 12 months.

Investors in cryptocurrencies can choose from a number of services provided by Vauld, a business created in 2018 by Bathija and Sanju Kurian. These services include financial assets and systems for asset-backed borrowing and lending. Vauld reported in June that 30% of its staff, most of whom were situated in India, had been let go.

Three Arrows Capital, a long-time supporter of Web3 firms and a crypto hedge fund, has filed for bankruptcy. According to reports, the crypto lender Celsius network, who were the first top tier lending platform to stop withdrawals on their platform, has let go of 150 staff and is looking into transactions and reorganizing its liabilities.

The collapse of Terraform Lab’s UST stablecoin, the suspension of withdrawals by the Celsius network, and the loan defaults by Three Arrows Capital all contributed to the greatest drop in the history of the cryptocurrency market in the months of May and June. The price of Bitcoin dropped below $20,000 for the first time in the previous ten months. Approximately $800 billion of value in the market is thought to have been lost by the cryptocurrency sector in the previous month.