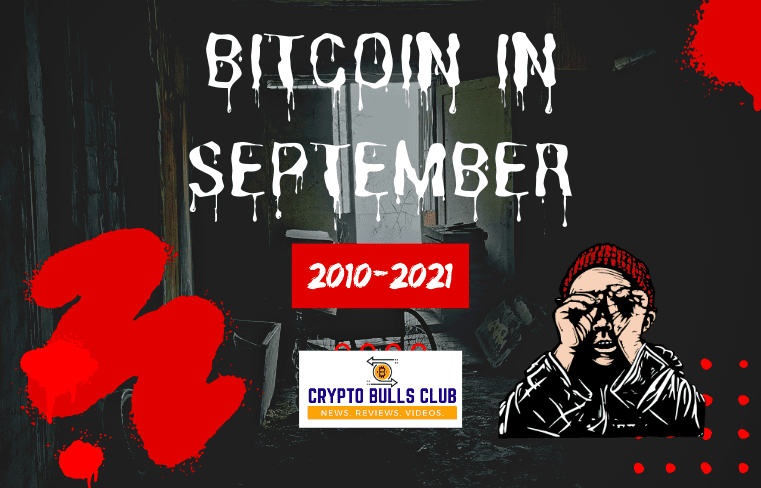 Bitcoin is the first and the most popular cryptocurrency. It enables peer-to-peer exchange of value through a decentralised blockchain. It is a must-have crypto coin in any crypto investor’s portfolio. BTC is reliable, safe and trustworthy as well. Bitcoin was launched in 2009 and it has seen a massive amount of fluctuation in the market. Let’s have a look at Bitcoin Prices in September every year so that one can have an idea about BTC’s position in the Q3 phase for this year. If you are an investor who is looking forward to investing in Bitcoin, do check out this article to get a clear idea about the performance of Bitcoin in the month of September.

Bitcoin was just launched in the market and people were not very accustomed or aware with the concept of Digital currency, so the prices of BTC kept fluctuating between $0.05-$0.06. It was the beginning of the growth of Bitcoin.

The prices of BTC was $0.6 at the start of the month but it increased to $0.8 by the end of the month. This was a green flag for BTC in the September month.

The prices hiked up and a substantial amount of growth was noticed in a year. The price of BTC was around $11 in August but it witnessed a major fall in September and further fell down to $4 by the dawn of the month.

The price of BTC went down from $6 to $4 in the same month. A fall in the market value of Bitcoin was noticed.

The word spread around and the world started participating in the rally of Bitcoin and some of them started accepting the coin as an alternative of traditional currency. This resulted in the price of BTC soaring up to $12.29 on 26th September.

A growth was noticed in the prices of BTC when it went from $10 at the beginning of the month to $12 by the end of the month.

2013 was the year where Bitcoin finally started getting listed on various exchanges. There were special exchange platforms created to trade BTC. As a result, the price of BTC hiked up, especially in the month of September when it touched the $120 mark.

In 2014, people started creating songs and documentaries about the digital coin and this resulted in major awareness among the mass. Hence, the price of BTC was recorded at $479.33 on September 01. This was the bearish stage of BTC where it was experiencing a major downfall which lead to a crash.

The price of BTC went from $474.88 on 1st September to $378 on 30th September. This was surely a red flag for Bitcoin in the month of September.

The year 2015 was not very good for BTC either. The government soon started to interfere and issue statements against the decentralised currency. This led to the price of Bitcoin falling down to $230.94 in September with no signs of recovery.

This month proved to be a bit better for BTC as the prices witnessed a rise from $228 to $232. Thr growth was evident.

The regulations were constant but BTC witnessed soaring prices in 2016 due to Bitcoin halving. The lack of supply made people buy and store more of BTC. This halving resulted in an increase in price and it was recorded at $615.24 on September 05.

The price of Bitcoin was recorded at $572 on 1st September and $609 in 30th September. This month proved to be a green flag for BTC.

After a three year slump, Bitcoin hit $1000 in 2017. The soaring prices were an outcome of lenient policies and the rise of numerous cryptocurrency exchange platforms. The prices were on a rally and it hit the $4000 mark in September followed by slight volatility.

Bitcoin prices went down in the month of September. The coin had a major fall and it went from $4892 to $4338. This was a sign for an extremely bad month for BTC.

2018 was a rough year for Bitcoin. The price of BTC went down more than 70% due to the allegations and distrust from the central authorities. There were also hacking events which scared the masses away. The price of BTC in September was $6576.61 which was considered a downfall.

The price of BTC on 1st September was $7193 and it witnessed a crash and ended up at $6601. This was another red flag for BTC in the month of September.

The year 2019 was a rollercoaster ride for Bitcoin. The prices of BTC constantly fluctuate and even though a slight hike was noticed in the beginning of the year, it didn’t last long. It was not dead but merely surviving. The price of BTC was recorded at $8085.71 in September.

2020 is one of the most extreme years for Bitcoin. BTC rose strongly and then experienced a terrible March crash. But it came back with a bang and witnessed a 185% hike in the prices. The price of Bitcoin in September was $10764.28. The bounce back of BTC was strong and important as well.

The price of Bitcoin was $11970 at the beginning of the month and it gradually decreased to $10784 by the dawn of the month. This was again a red flag for BTC.

2021 saw a bull run for bitcoin as well as other cryptocurrencies with Bitcoin reaching an all time high. The month of September started strong with Bitcoin at $48,000 slowly increasing and reaching a high for the month on 6th September at $52,000. From here the price kept fluctuating around the $40,000 to $48,000 range. Overall this was a very important month for BTC overall as it kept the momentum of the bull run and allowed BTC to reach an all time high of over $65,000 later in the year.

2022 has not been a great year for Bitcoin because of the steep fall in price after the bull run of 2021. Initially the price still hovered around the $40,000 range but after April prices seemed to keep decreasing hitting a yearly low of less than $19,000 somewhere around that time. The crypto market overall has been very bearish this year.

For 2022, Bitcoin’s price at the time of writing this article has been hovering around the $18,000 to $20,000 range. For the next 2-3 weeks Bitcoin needs t stay in this range. If the current resistance falls below the 18,500USD mark, it could be heading towards 15,000USD figure. Given the fact that, sentiments are not that high at this point, the market conditions could worsen due to inflation and an upcoming predicted recession. For now, September 2022 looks like a red flag. To me, history is going to be repeated, and Bitcoin may end up RED by the end of September 2022.

What is your price prediction of Bitcoin for the month of September 2022? Share with us in the comments.