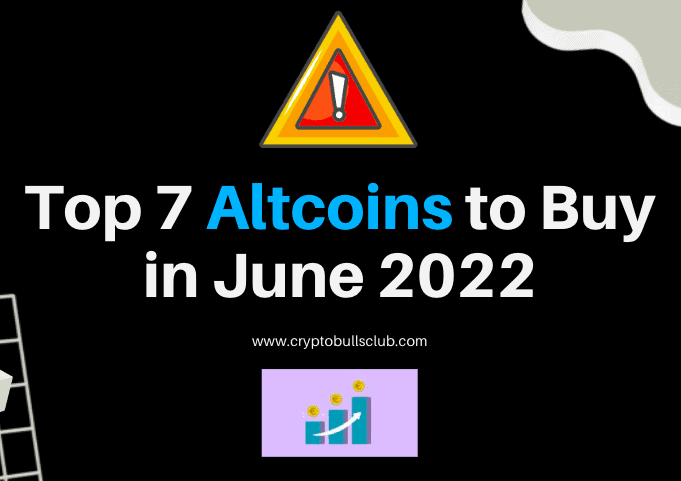 May 2022, we have seen Bitcoin’s downfall dragging the altcoins down with it. While BTC have corrected a little over 57 percent from its ATH, major Altcoins have dropped by more than 80 percent. Solana, which was the talk of the town last year has seen a drop by almost 85 percent. Similar corrections were seen in Dogecoin, Shiba Inu and infact more than 99 percent of the altcoins. Holding altcoins in your portfolio can play it out both ways. Since the market has already correct by a huge margin, it is time to start adding some Altcoins in your current portfolio. But before we do, let us learn what are Altcoins.

Bitcoins are the world’s first decentralized cryptocurrencies which are off the charts as of now.

Altcoins came into force either to get overnight success like Bitcoins or to fix the problems that persisted with Bitcoins. As the time flies, experts suggest that Altcoins are currencies apart from Bitcoins as Bitcoins make nearly half of the market.

Although more than 90 percent of the Altcoins will fail, it is wise to look into the top Altcoins that can be added in this dip.

After understanding Altcoins, let’s expand our knowledge about the best Altcoins to add to your portfolio:

Built by Alexander Skidanov and Illia Polosukhin in 2018, it’s ecosystem’s indigenous token. Before co-founding NEAR this pair had served companies like Microsoft and Google. NEAR is heading towards creating a decentralized permission-less open web, meaning that no authority will have the right to shut it down. It is aiming to build a platform where user’s data is in their control. A platform which is scalable and accessible. The project is backed by reputed expert venture capitalists which proves that this currency is worth buying however  as it is early on development it will be better to keep an eye on it before investing.

CETO stands for crystal elephant tokens. These tokens are highly volatile because as soon as someone buys these token their price shoots up while if someone sell these tokens it’s price goes down however, apart from being volatile these debentures provide high returns as whenever some transactions take place like buying, selling or transferring this token, a considerable part i.e. 10% of the amount is taxed and proportionately distributed as dividend.

The aim of algo currency coming to life is to create an open borderless economy where anyone can participate. The fact that these currencies are transferred instantly without any transaction cost makes this currency more attractive and opens up new possibilities of transferring money to not only one person but a group of persons. Also as this currency works on the principle of blockchain, it makes transferring of funds safe and secure with every transaction being recorded.

KCS stands for KuCoins Shares, the fact that these currencies are exclusive to KuCoins exchange make it a bit unattractive. However if that doesn’t hold you back then these shares are a good deal as they offer benefits like discount on trading fees, daily dividend on 50% of trading fees received and other such perks.

Old Luna has been renamed as Luna Classic. Launched back in 2018 it is the native token of the original Terra Blockchain. After its launch in 2018 it was one of the best performing currency while in the recent crash its value has fallen considerably occupying 214th position as of 1st June, 2022. Our recommendation is to buy the new Luna (Luna 2.0) which is currently trading lesser than 7USD.

Solana is a platform with faster transactions and minimal fees, SOL is native to such blockchain. Solana is for investors who like to take high risk as there is no cap on maximum tokens and it acts as an inflationary currency. Launched in 2020, this currency was at its highest in 2021 and became a competitor of Ethereum. In terms of market capitalisation it is the second largest project on blockchain.

Devised in 2013, Ethereum stands second to Bitcoin in terms of market capitalization. Ethereum is not the most expensive cryptocurrency which confuses people as they think that as it is affordable it is the right choice for investment however that’s not true, Ethereum is a high  risk bearing security and is not suitable for everyone. One advantage that these coins provide is that they are thriving hard to make technology used more efficiently, eliminating harmful effects this technology has on the environment.

How to buy These Altcoins?

You can buy these altcoins in all major crypto exchanges.

I mostly use Binance to buy cryptocurrencies as I like their App. If I were to use my laptop to buy any crypto, I use Kucoin.

If you are an Indian, and looking to buy altcoins with INR, here are some recommended exchanges.

Am I Personally Going to Invest in These Altcoins in June?

Personally speaking, I was never a big fan of alts. However, looking at the recent drop, I am considering adding some of these altcoins to my portfolio. Once the price of the altcoins correct by another 50 percent, I might go heavy into investing with altcoins.

For instance, I am waiting for ETH to touch 1000USD and Solana to touch 20USD. This will be possible if BTC continues the downtrend and reaches 20k USD, which is very much possible looking at the current downtrend.

Risk involved in Investing in Altcoins

The first and foremost risk that any cryptocurrency possesses is that they are not legal tenders i.e. they are not backed by the government. But that’s not the point here. There are other risks in investing in Altcoins that can erode your wealth.

Let’s get deep inside of the risks involved:

People lack proper information which leads them into investing in wrong currency. Say for instance, whenever we see a coin below 1 USD, we think it is cheap and affordable and will give better returns that Bitcoin. But we do not know that we do not need to buy whole Bitcoin or any altcoin, which means we can buy 1USD worth of any coin. So, our focus should not be on investing in low price affordable altcoins, but better altcoins with major usecase.

These markets are not regulated by any authority, and marketcap of most of the altcoins is very less, and hence are highly volatile. Altcoins can go down by 90 percent or more, so we should not be investing a lot of our money in altcoins alone. We do send weekly newsletter to help you learn on how to invest in cryptocurrencies. You may consider subscribing to it, the form is mentioned at the bottom of the article.

As these currencies are digitally based and are regulated through mining without any backing from government, they possess a threat of losing investors’ hard earned money. Though generally, it does not happen with the major altcoins, some low cap altcoins can go to ZERO.

Also Read: Things to Know Before Investing in Cryptocurrencies

Altcoins being an improved version of the cryptocurrencies are a great option to invest in provided that the investor has adequate and bonafide knowledge of cryptocurrencies. Also as there are a large number of altcoins to choose from, each with its own competitive advantage offering high potential rewards it gives investors a pool of options to choose from. As every altcoins has a different purpose, an investor should (DYOR) do his research and study the altcoins in which he wants to invest.

This article on Top Altcoins to Invest in June 2022 is to help you with your research. Please consult a Financial Advisor before adding any of the Altcoins to your portfolio. As Cryptocurrencies are very volatile, we will not be responsible for any of your losses.