NFT Protocol Metaplex raises $46M in a Token Sale Round 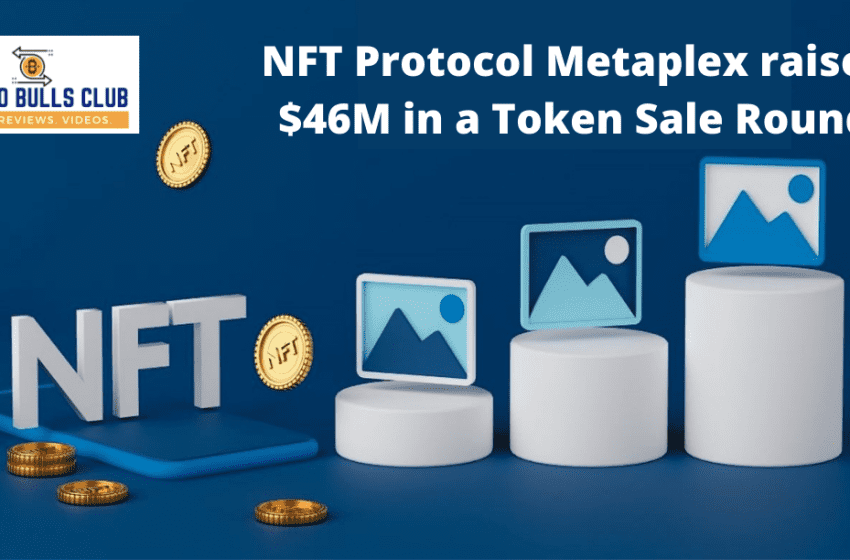 Bengaluru, January 19th, 2022: Metaplex, a non fungible token (NFT) protocol, has closed a $46 million token sale to fund its planned shift into metaverse applications, demonstrating that current blockchain platforms are trying to benefit from Web3 technical advances. Read further to discover why Metaplex is the online community of choice for thousands of Web3 creators.

On Tuesday, Multicoin Capital as well as Jump Crypto headed the token round, alongside significant involvement from Solana Ventures, Alameda Research, as well as Animoca Brands. NBA icons Michael Jordan as well as Allen Iverson were among the over 90 people that took part in the sale. The new funding would go toward “growing support for both gaming as well as metaverse applications,” according to a statement by the organization.

Musicians, sports, artists, celebrities, actors, models, as well as chefs are among those who support the Metaplex Protocol because they seek an NFT network which actively engages their fans without the need of intermediaries. Each one of them brings a unique viewpoint as well as set of experiences to the table, and they’ll all provide essential feedback and guidance in the development of a user-friendly platform.

Starting in the year and, the Metaplex Foundation, that assists the Metaplex protocol’s growth, would be able to increase its assistance for metaverse as well as gaming applications kudos to the token round. Metaplex has been already utilized to generate over 5.7 million virtual collectibles for 85,000 initiatives as an NFT-first protocol, as per the company.

With the help of cryptocurrency exchange FTX, Metaplex launched their NFT marketplace on Solana in June 2021. The platform was created to help the small yet booming NFT community with infrastructure. Despite its recent dip, the NFT industry is expected to expand this year, following a record-breaking year in 2021, when creators made over $17 billion in sales.

After Facebook changed to Meta in an attempt to make money in the growing segment of the market in 2021, the idea of the metaverse, that refers to a broad digital universe that merges technology with real life, became prominent. Vishal Shah, Facebook’s head of metaverse products, said during the time that producers will be free to develop a wide range of virtual objects in the world of metaverse.

Non fungible tokens may offer a certification of ownership or validity to items that belong to the virtual environment, hence metaverses as well as NFTs have a direct correlation. As metaverse apps attract and retain greater users and notions like virtual land grow more widespread, documentation of ownership would become more important.

The market for NFTs is enormous. NFT trading increased from $100 million in 2020 to $22 billion in 2021, as per DappRadar, so it shows no sign of stopping. Adidas, Nike, as well as Gucci are among the major brands that have hopped on the NFT trend. Coca Cola’s partnership with Decentraland generated over $575,000. The NFT is acquiring distinction while also breaking into the mainstream.

Metaplex is a set of tools, smart contracts, as well as other resources aimed at making the task of developing as well as launching NFTs as simple as possible. While their initial focus had been on serving the demands of both the arts as well as entertainment sector, and currently they are more focusing on all use cases in which an NFT could be beneficial.

Metaplex is based on Solana, not just for its scalability, but also for its several other wonderful features, such as “Proof of History.” Due to the sheer Metaplex team’s efforts, Solana has an excellent reputation for launching NFTs.

“The tremendous rise of Metaplex demonstrates that the desire for collectibles as well as NFT-powered games has never ever been higher,” stated Saurabh Sharma, Venture Partner at Jump Crypto. “Metaplex has indeed made an impact in the business, having helped launch dozens of online social groups as well as gaming economies, including Aurory, Star Atlas, as well as Nyan Heroes.”

The Metaplex Protocol would resume its path to maintain an open metaverse available to anyone with this fresh funding from the fantastic Metaplex community.

To learn more, please checkout information from the official website: