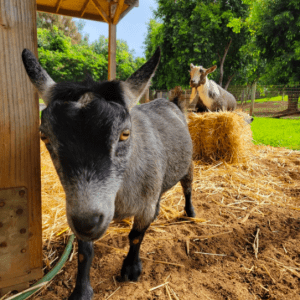 Mark Zuckerberg, the CEO of Facebook, recently posted a picture on Facebook with his two goats, Mat and Bitcoin. The post went viral in a very short time and has received almost 1M reactions and 20000 shares.

Anthony Scaramucci, the founder of Skybridge, recently posted a tweet in which he welcomes Mark in the Bitcoin community.

Anthony has written that he knew Mark Zuckerberg, the billionaire is eyeing on the crypto business and become a Bitcoin-er soon. To run his Facebook’s crypto business, he has recently hired David Marcus from PayPal.

It’s been a snaking road, but welcome Mark to the world of #Bitcoin. Such a great job, David and Zuck. We are pretty much excited to see what is coming up next.

The fifth richest person in the world, Mark Zuckerberg is now going to be a Bitcoin maximalist. Though Mark already showed his interest in the Crypto world, hopefully, this time, Zuckerberg will be succeeding.

The countdown has begun, and Facebook’s shareholder’s meeting has been scheduled for 26th May. World’s Crypto enthusiasts are keeping their eagle eye on the date. People are expecting that Mark Zuckerberg will announce the Bitcoin holding increase.

U.Today reported that social media flooded with rumors that CEO will disclose the crypto onto the balance sheet during earning calls in late April. But that didn’t happen till now. So, hoping it would happen soon.