How low could Ethereum possibly go? 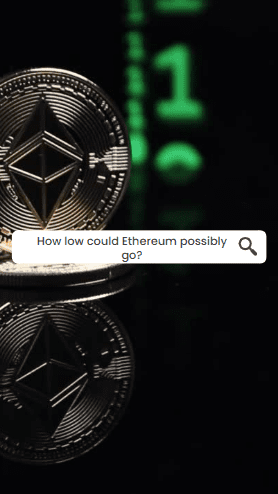 Cryptocurrencies are gaining traction as fiat currencies lose their luster in the recessionary stage of the global economy. Ethereum, often known as ETH, is the platform’s native cryptocurrency and one of the greatest achievements in the world of crypto assets. Algorithms and cryptocurrency tokens with a strong scientific foundation appear to be in charge of the blockchain industry as decentralized finance (DeFi) gains popularity. A safe and extremely secure system of transactions and dealing with intermediaries is provided in addition to their smart contract capability by them. Ethereum, a marvel of Vitalik Buterin’s invention and the most well-known blockchain project among cryptocurrency aficionados, is a node in the cryptocurrency ecosystem and a wonder of technological innovation. 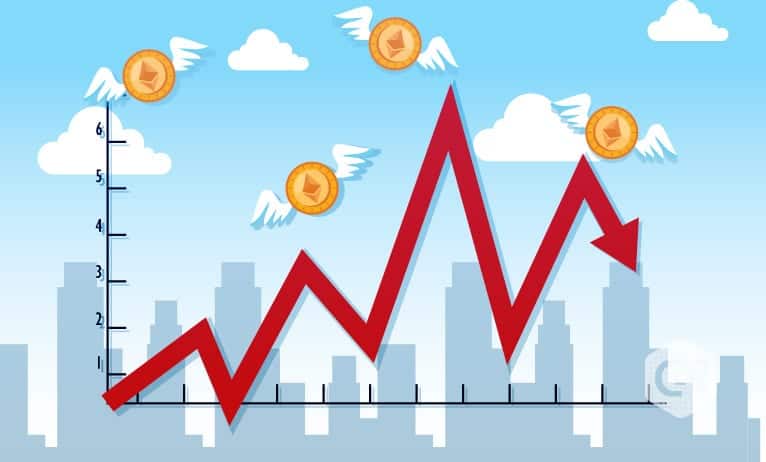 On Thursday, the price of Ethereum dropped 3% to just around $1,530, almost two weeks after it had dipped as low as $900, its lowest point since January 2021. Since a larger market has been moving away from riskier assets over the past few weeks, the price of ether and Bitcoin have been particularly volatile. After a significant inflation report came in below expectations and the Federal Reserve increased interest rates by 0.75 percent, the stock markets plunged rapidly, and the cryptocurrency markets soon followed.

In 2022, Ethereum has lagged behind Bitcoin, which analysts believe may be a result of growing interest in the network’s switch from proof-of-work to proof-of-stake. According to data from CoinMarketCap, ether lost more than 70% while Bitcoin is down roughly 55% year to date. It’s a game changer for Ethereum to switch to proof-of-stake (POS), which could be detrimental to miners who invested heavily in hardware.

According to experts, the crypto market is displaying the increased volatility that comes with conflict, ongoing high inflation, and changing U.S. monetary policy. The cryptocurrency market’s correlation with the stock market, greater public use, and recent price declines are a few other reasons that experts also refer to as having an impact on the current state of the cryptocurrency industry. A government-issued digital currency has even been raised as a possibility by government officials, who have continued to express interest in tightening up regulation of cryptocurrencies. Similar difficult times have recently been experienced by Bitcoin’s price. 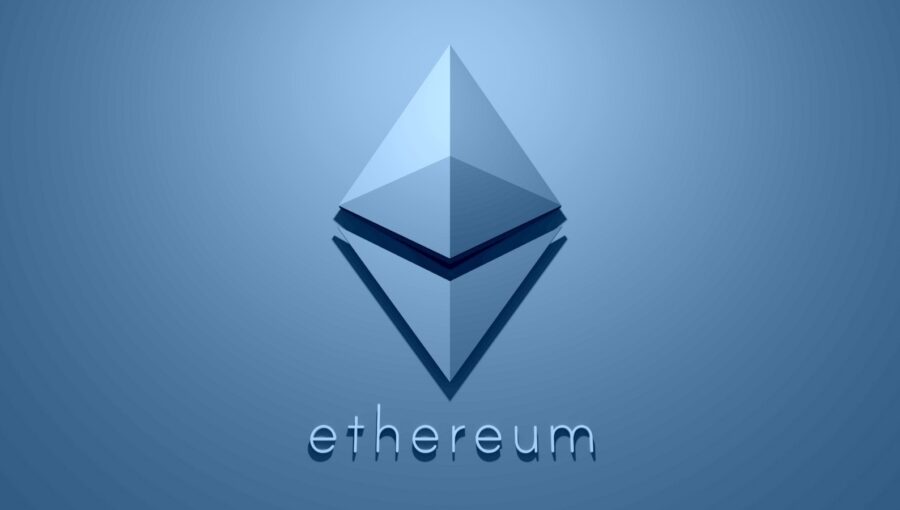 Could Ethereum fall any further?

ETH has experienced extreme volatility since the start of the year and continues to do so this month. The price of Ethereum has been fluctuating over the past few weeks between $1000 and $1550. Even though the price of ETH is currently around $15393.37 and is down 3 percent from yesterday, it is anticipated to rise soon.

2022 Prediction of the Ethereum Price

Ethereum’s price increased dramatically as a result of the news that the European Investment Bank had issued a $121 million digital bond on the Ethereum network. After reaching an all-time high of $4,891.70, Ethereum (ETH) recently saw a severe dip. However, it later regained its momentum that was lost and crossed the $3000 price threshold. But since May, there has been a pessimistic vibe permeating the whole cryptocurrency market, which has caused sharp price declines across the board for all assets. Ethereum may reach $1800 by the end of 2022 if the current price momentum continues.

Having seen a significant dApp usage drive ETH cryptocurrency price behavior. In addition, ETH 2.0, a further extension of ETH, is about to officially launch. Experts in the field anticipate that this will enable the network to support 100,000 transactions in a second, converting the blockchain from energy-intensive proof-of-work to proof-of-stake. Numerous projects have been created on the network due to its enormous popularity.

What Must Ethereum Traders Do?

Like with any long-term investment, experts recommend ignoring the ups and downs. Even though Ethereum has reached a high price, its volatility remains. Since there is no assurance that any cryptocurrency will appreciate in value, experts advise against investing more than 5% of your overall portfolio in cryptocurrencies. Never make investments if doing so means you won’t be able to accomplish other financial objectives, such as paying off high-interest debt or saving for retirement. The wisest course of action is to ignore the hype surrounding new record highs or lows if you have already achieved all of those criteria. The ideal strategy is to set it and forget it, much like traditional, long-term investing.