Ethereum Classic (ETC) vs Ravencoin (RVN): Which one should you buy? 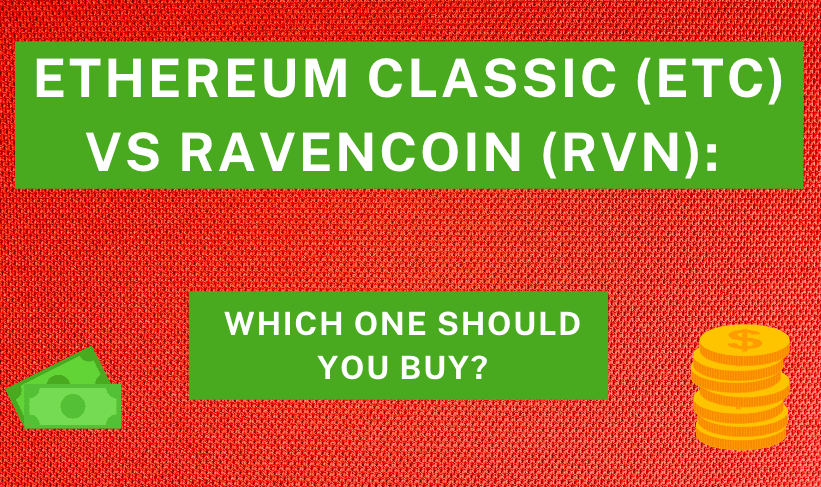 On the 15th of September, the Ethereum blockchain switched from a Proof of Work to a Proof of Stake system to verify transactions. This forced a lot of miners who were previously mining Ethereum to switch to another coin. Now the question which arises is that which coin should they switch to. Hash rate of both the coins – RVN and ETC have gone up by 100 percent post Merge.

There are of lot of coins that can be mined but not all of them have actual inherent value to them. Either they are meme coins or simply a pump and dump coin. The two most popular options for miners after the ‘Merge’ are Ethereum Classic or Ravencoin but the question is which one of these two is the better choice when it comes to mining and which one should you mine.

ETC vs RVN: Which Crypto is Better to?

There are a lot of factors to consider before one can determine which coin is better.

The simple ones are to look at the value of the coin, its market cap, volume, number of coins already in circulation etc.

Other factors that need to considered while mining is how easy/difficult it is to mine the coin. Crypto mining requires you to solve complicated equations and needs a lot of computing power as well. Therefore it is important to figure out which coin uses less computing power and other resources such as electricity.

Both ETC and Ravencoin have seen significant increase in their prices following the merge and even before that since investors likely figured out that miners would be switching over to other proof of work coins.

Both the coins have been steadily increasing in value in the recent months as well. ETC recently entered the top 20 list of crypto currencies as well.

Ethereum Classic or Ravencoin: Which Coin Should You Buy Or Invest In?

Now to answer the most important question which is which coin should you choose to mine or invest in. The answer is both of these coins are not that good according to the current market.

Despite that, ETC is still slightly better than Ravencoin when it comes to practical uses.

This should not be treated as financial advice but investing too much money into any one of these coins is not a good idea due to the current bear market.

For now it is a good idea to still be in BTC and ETH.

However if miners do want to mine they should choose based on the computing power their systems have because Ravencoin currently requires less mining power compared to ETC.

Rahul is a 3rd year Graphics and Multimedia student from St Pauls's Institute of Communication Education (Bandra). His work ranges from writing articles to designing adverts, social media posts and much more.