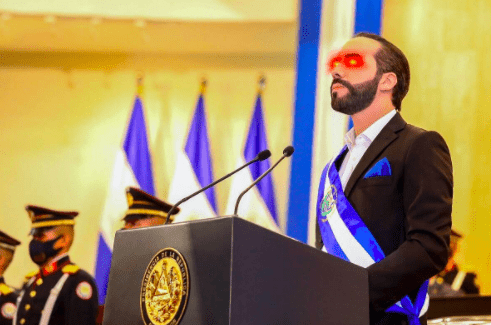 In the world’s largest Bitcoin conference on June 4, 2021, President Bukele stated that he would send a bill regarding crypto being legal tender in El Salvador and would provide the following benefits:

Bukele even tweeted that the Bitcoin Law has been sent to Congress, and also said that in areas with poor connections, he would have satellites infrastructure employed to connect such areas with internet and the Bitcoin network. According to him, this step would improve the quality of life and future of millions of individuals. In the long run, this change would have a huge impact on Bitcoin prices.

Peter Schiff, an American stock broker and CEO of Euro Pacific Capital Inc., however, considered this decision as a ‘non event’ and tweeted that Bitcoin can never be put to use as a method of exchange.

it's a non event. #Bitcoin will never be used as a medium of exchange or unit of account. The sole purpose of the symbolic gesture is to get Bitcoin companies to set up shop, pay taxes and create some jobs, while allowing Bitcoin pumpers to exaggerate the significance.

In contrast, American author Mark Jeffrey thinks the Bill is a “brilliant” idea. Even the Pennsylvania based Android enthusiast Derek Ross wished Bukele and his country the best of luck. It is assumed that more and more countries would want to adopt this method.

In fact, neighbouring countries such as Mexico, North America, are already considering the same. Mexico’s federal government senator Eduardo Hinojosa is likely to cave in a manifesto to the lawmakers with the aim to adopt crypto in the country. Not solely Hinojosa, but even senator Indira Kempis Martinez representing Nuevo Leon converted her display picture to the same as Hinojosa’s – the one with the laser eyes, as a companion to the cause.

Also, the Paraguayan congressperson Carlitos Rejala gave a vague hint about the involvement of crypto in an essential project in Paraguay, which will develop the country in front of the world. He further hinted that he has been in and out with native crypto personalities in order to change Paraguay into a crypto hub for investors across the world.

For a third-world country like India that aims to build a trillion dollar economy, a huge part will be played by cryptocurrency in the near future, especially observing the current state of affairs regarding the new crypto laws and adoption in many countries.

Let us know in the comments, which country do you think will be the next to adopt Bitcoin as a legal tender.