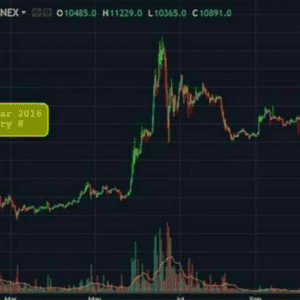 By the time, many consecutive services remain closed, which leads to high volatility in the cryptocurrency. That’s why in this article, we’ll explain the trends and falling of the Bitcoin prices and why it happens. So, let’s start.

Chinese New Year: Does It Lead To Dump in Bitcoin HODLing?

When it comes to the volatile cryptocurrency market, we cannot decide whether the Bitcoin prices drop or fall. However, we cannot ignore the historical fact about cryptocurrency; we’ve seen the constant price dropping in the Chinese New Year holiday weekend.

Even in 2017, before the Chinese new year, we saw a dump in the Bitcoin price.

Chinese New year 2018 was on Feb 16, and we saw a major drop before that and it took more than 2 and half years to recover from the jolt.

So, it is clear that for four consecutive years, the price of Bitcoin drops during the Chinese New Year.

What happened to Bitcoin during Chinese New Year 2020?

Although, the history has repeated itself, and its decline back to USD 8.3K. But the prices remained stationary during the Chinese New Year’s second day. The good news is it recovered and followed the upward trend as soon as the Chinese New Year fest got over.

Due to the Chinese New Year holidays, Asia’s market makers, especially China, will shut all the operations for three to five consecutive days. Although the cryptocurrency and the market assembly can be automated by algorithms and by trading bots, still, it requires the manual eyes to watch out the daily market exchange operations to ensure that there is no malfunctioning happening in the market.

So, due to the closing, marketing operations are limited, leading to the more volatile market.

Cash-Out during the Chinese New Year

Another possible reason for BTC price fall is the marketers withdraw the maximum cash during the Chinese New Year. It happens especially in China because, during the New Year, the lucky packets with some cash are given to the elders and children as part of the tradition. The red packets are the symbol of prosperity and luck, and this is the high time when marketers withdraw cash from their cryptocurrency account. This leads to a rapid decline in the BTC price during the Chinese New Year. You can read about it more here.

From employees to companies’ managers and even the couples, people give cash to their assistants. At the same time, some gift packets are filled with the monthly wages of the employees. Due to colossal cash demand, some marketers are also responsible for raising the BTC sell orders before the Chinese year, as shown in the figure.

China is the significant contributor to Bitcoin mining. So, one can have the expectation that the BTC will be affected during the Chinese New Year. But this is not true because the BTC and Hash rates will hold the steady position this time. Because the BTCF mining will not require any significant manual power to maintain the Hash-rate, the operation will remain the same.

What will Happen to Bitcoin during 2021 Chinese New Year?

Everyone wants to know what is going to happen during 2021 Chinese new year to Bitcoin and how is it going to affect the other crypto currencies.

Most of the time there has been a decline in the price of Bitcoin and rest of the cryptocurrencies before the Chinese new year. However, this year, I am expecting things to be bit different. We are in bull run, and in the mid of the altseason.

At the time of writing, we still have 7 days before for the Chinese new year. I am expecting a massive run in the price of the major alt coins, before we see decline in the prices.

Having said that, I would like to stretch the fact that this is completely my own perspective. That I am bullish on BTC and other crypto is my personal opinion and should not be taken as a financial advice.

However, analysts in Cointelegraph predicts there could be major selloff during the 2021 Chinese new year. We have not seen much corrections yet.

If we look at the charts closely, we would see that it is not on the Chinese New year day, but several days prior is when the price of the Bitcoin starts dropping.

So far, I have not seen any such signs, and are still a week away from the Chinese new year. Most of the coins looks bullish and I am expecting the trend to continue for some more weeks.

However, you are strongly advised to DYOR and then take a call. Crypto is very uncertain and things can change any second. Keep yourself updated every moment. You can expect some volatility, going ahead.

Share your thoughts on what you think is going to happen during 2020 Chinese new year and how it is going to affect the Bitcoin’s price.