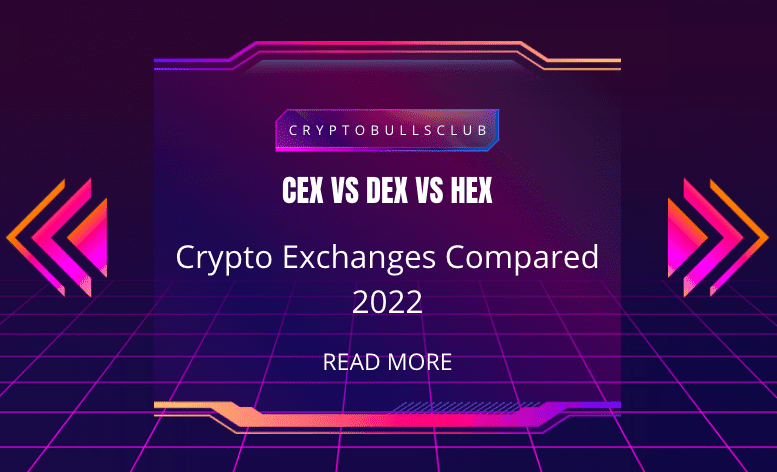 The first cryptocurrency exchanges appeared in the early 2010s as more digital coins based on Bitcoin were born. With the advent of alternative cryptos, known as altcoins, there arose a demand for an easy way for people to exchange different digital currencies with ease.

The first exchanges were fairly simple affairs, allowing people to exchange one token for another, buy in, or cash out with fiat. They didn’t offer much more than that, and neither were they all that secure – as users of Mt. Gox, once the world’s pre-eminent exchange, can attest only too well.

Luckily for us, the world of crypto exchanges has evolved considerably since those early days. Today, the majority of them offer a vast range of secure and highly performant trading services, with features such as market orders, stop-loss orders, limit orders, put options, strike options, and margin/leverage trading to name just a few. They’re modeled after established stock trading exchanges such as the NASDAQ and AMEX and designed to accommodate almost any trading strategy one could think of.

What Are Centralized Exchanges (CEXs)?

CEXs are the most common kinds of crypto exchange today. They’re all about ease of use, giving investors an easy way to buy crypto with fiat, then open positions in various types of digital tokens. CEXs are private companies that profit by making fees from investors’ trades, and they usually maintain custody of the private keys to each user’s wallet. What that means is that users are not ultimately in control of their funds.

Buyers and sellers come together on CEXs, which play the role of the middle-man, enabling them to trade. They generally offer more advanced trading features than other kinds of exchanges and take responsibility for maintaining the high liquidity needed to facilitate instantaneous trading.

CEXs are highly regulated and will demand that customers go through a KYC process before they can start using their platforms. While showing an ID might be an annoyance for some users, it’s due to regulation that CEXs can enable users to trade crypto for fiat currency, and guarantee a high level of trust for users.

One of the most notable CEXs today is AAX, which launched in November 2019. It is notable for being the first cryptocurrency exchange to be powered by LSEG Technology’s Millennium Exchange technology, which is also used by the London Stock Exchange.

AAX offers advantages aplenty, with one of the biggest ones being the high level of liquidity it provides. It facilitates trades on its platform by centrally matching “buy” and “sell” orders from users through an order book system. Its high volume of trades ensures that liquidity is always available, while the LSEG permits traders to fill orders instantly at the best possible prices and with no slippage. The fact that it has so much liquidity also enables it to provide incentives to large-volume traders who provide liquidity for its order books.

Like other CEXs, AAX is known for its ease of use. It provides a clear, easy-to-understand user interface that provides quick access to all of its trading tools. The exchange prides itself on its ability to cater to advanced traders, offering cryptocurrency charting software through its Trading View, where users can access indicators, multiple trading tools, and chart pattern overlays to conduct technical analysis for spot and futures trading. It also offers alerts for things such as perceived market manipulation.

AXX is widely accessible too, available through a desktop web app and Android and iOS mobile applications. Meanwhile, the KYC process makes AAX a favorable platform for institutional investors that are legally required to trade on regulated platforms.

There are some perceived disadvantages to using a CEX such as AAX. One of the main concerns is over ownership, because not all users may be willing to entrust their funds to an exchange’s own wallet. The problem with doing so is that CEXs maintain control over the private keys to all of their wallets. While this relieves users of the burden of managing those private keys, not everyone may want to do this and it does require being able to trust the CEX in question. Not your keys, not your coins, or so the saying goes!

Another troublesome issue for some users is that CEXs don’t list every kind of token they want to trade. While AAX and others do list all of the major cryptocurrencies in circulation, they tend to take a more cautious stance on obscure tokens that might have questionable teams behind them. This is done to ensure the safety of investors, but for those that want to take a chance and trade such tokens, CEXs are not an option.

What Are Decentralized Exchanges (DEXs)?

The second-most common kind of cryptocurrency exchange is the DEX, which adheres to the decentralized philosophy of blockchain. The main difference is that DEXs do not rely on a private, for-profit company to act as the middleman in transactions. Rather, they’re a marketplace where people come together to buy and sell tokens directly with one another, with the transactions being performed by software called smart contracts.

Users don’t need to go through a KYC process to start trading on DEXs. Instead, they simply connect a wallet such as MetaMask and can begin transacting instantly, with no checks.

Because of this, DEXs such as PancakeSwap are more accessible, transparent, and anonymous than CEXs, therefore offering users greater freedom. They also allow users to retain control of their crypto assets at all times.

Most DEXs rely on algorithms known as Automated Market Makers, which match buy and sell orders between different users. That’s different from CEXs, which use a traditional order book.

One of the main attractions of PancakeSwap and other DEXs is that they provide an entrance into the world of DeFi, allowing users to earn money by farming coins, in return for providing coins within a liquidity pool. Depending on the tokens the user provides, they’ll be issued with tokens of a specific type. With these tokens, they can go to the “Farms” section and set up farming of the desired coin.  PancakeSwap also enables what’s known as “staking”, where users stake coins in liquidity pools and earn a percentage of transaction fees.

les what’s known as “staking”, where users stake coins in liquidity pools and earn a percentage of transaction fees.

PancakeSwap has other unique features too, including a lottery and a launchpad that allows whitelisted users to invest in the tokens of new crypto projects before they go on public sale. It’s also known for its wide range of tokens, listing many obscure cryptocurrencies in addition to the major ones.

The biggest downside of PancakeSwap and others is its lack of liquidity when it comes to cryptocurrency exchanges. The lack of liquidity is a big problem for all DEXs, as these platforms don’t see anything close to the same trading volumes as CEXs such as AAX. As a result, they struggle to execute transactions instantaneously and cannot always do so at the desired price, meaning traders need to account for the risk of slippage and unfulfilled trades.

Other disadvantages of DEXs include a lack of trading pairs and fiat deposits/withdrawals. This means users are required to first obtain crypto elsewhere – usually from a CEX – before they can begin trading on such platforms. DEXs are also considered to be less user-friendly than CEXs, as the teams behind them have lower development budgets.

Also Read: CeFi vs Defi: What are they and Which One is Best?

What Are Hybrid Exchanges (HEXs)?

A relative newcomer to the crypto trading scene, HEXs are a new generation platform that aims to provide the benefits of both CEXs and DEXs in one place. The main aim of hybrids is to combine the functionality and liquidity of CEXs with the privacy and transparency of DEXs.

There are very few HEXs at present, with the most notable examples being Joyso, which enables users to trade Ethereum- and Tron-based tokens, Eidoo, and Pryvatex.

HEXs rely on smart contracts to ensure the availability of liquidity that’s needed to process transactions rapidly, while also providing the added advantage of privacy and transparency that’s a key component of DEXs. Platforms such as Joyso also claim extremely high scalability and say they can handle any volume of trading.

Just as with DEXs, customers on a hybrid exchange can maintain full control of their funds. At the same time, however, HEXs also have a centralized authority that implements regulations.

To ensure security, HEXs do not store users’ funds. Instead, users maintain control over their tokens and must connect a wallet to transact.

Another benefit claimed by the likes of Joyso is affordability. Joyso says that because it combines CEX with decentralized applications from DEX platforms, it can enable peer-to-peer referrals that save on transaction fees.

That said, HEXs are still a relatively new idea in the world of crypto and are clearly less developed than CEXs and DEXs, with noticeably fewer trading features. Many of them are still in the operational or beta testing phase and could therefore be susceptible to bugs.

CEX vs DEX vs HEX: Which Exchange Is Best?

CEXs, DEXs and HEXs will appeal to different kinds of investors based on their needs. The majority of traders continue to use CEXs and with good reason, for they provide the easiest way to transfer crypto to fiat, and vice versa. CEXs are also the only viable option for institutional investors that want to trade crypto while staying in compliance. They also provide lots of useful tools for individuals who need to pay taxes on their crypto transactions.

DEXs on the other hand is the better option for users that want to maintain a degree of anonymity and partake in the exciting world of DeFi, where opportunities around staking and yield farming abound. They’re also more suitable for those who don’t want to trust ownership of their coins to a centralized entity. However, users pay the price for these features, with a lack of liquidity meaning slower transactions and high slippage.

For the best of both worlds, users can test the waters of the emerging world of HEXs and see if those newer platforms can live up to their potential.