Can USDT depeg and go to zero? 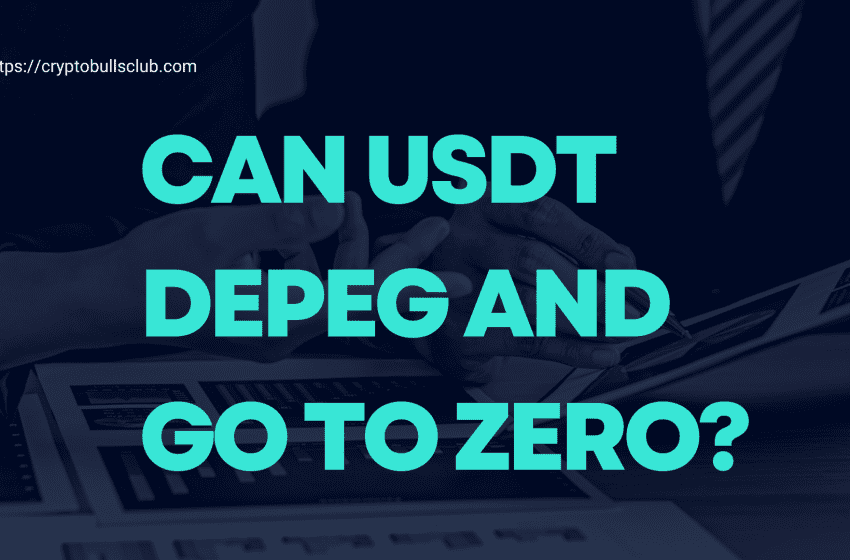 Even after a temporary decline below 95 cents at the beginning of May 2022 due to a DDOS attack by hackers, Tether’s USDT token has maintained parity with the US dollar. As a result of the attack, the stablecoin, which was trading for approximately $0.999 on the day of the attack, fell to $0.9985. It was valued at $0.9987 as of July 18. The USDT token from Tether is meant to be pegged to the US dollar, which means it is meant to keep its value at $1 at all times.

Stablecoins are sort of like the accounts in banks of the cryptocurrency world, created to provide a reliable source that has some value on which investors can rely during periods of market turbulence. The two largest Stablecoins, Tether and USDC, are designed to be backed by a sufficient sum of money kept in a reserve to guarantee that depositors can withdraw their funds when they choose to withdraw them. There have, however, always been questions regarding Tether’s ability to sustain its planned $1 peg with its current assets. The same-named corporation Tether previously claimed that all of its tokens were backed 1 to 1 by dollars kept in a reserve. But following a deal with the attorney general of New York, it came to light that Tether used a variety of other assets, such as commercial paper, a short-term, unsecured loan instrument, to back its token. Tether maintains that over time, it will continue to diminish its holdings of commercial paper even though it has since reduced the amount in its reserves.

What do the creators have to say?

“Multiple black swan events and extremely unpredictable market conditions did not destabilize Tether, according to the company.”

“Tether has never once failed to respect a redemption request from one of its verified clients, not even in its darkest days. Tether will continue to operate in the same manner as it always has.”

Predictions on the price of Tether

The coin may be worth considerably more than a dollar in the next 12 months, according to some ludicrous Tether price projections that have been published elsewhere and are fueled by institutional investors’ appetite. Although quick growth could appear to be a good thing, it could be devastating for an asset that has built its reputation on consistently reflecting the value of $1. However, the likelihood of such a USDT price prediction coming true is incredibly low. The growth of Tether’s market capitalization will be an interesting development.