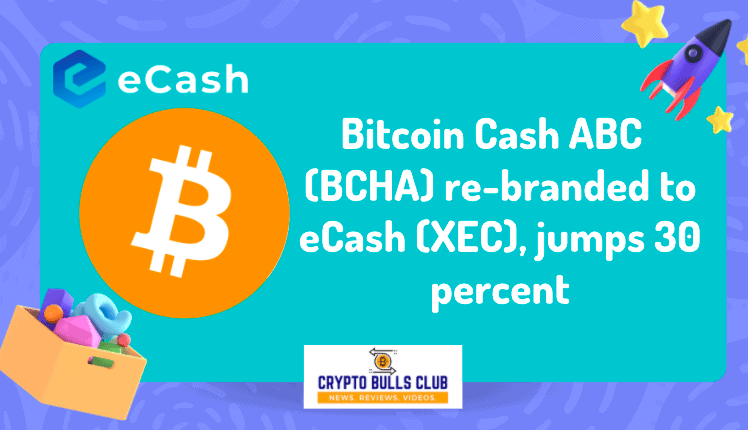 Bitcoin Cash ABC (BCHA), the cryptocurrency project that was forked away from Bitcoin as well as Bitcoin Cash, has now been rebranded to eCash (XEC).

The development plans entail the release of the crypto asset again, under its new name. XEC is set to be integrated with the Proof of Stake (PoS) consensus layer “Avalanche”, which will result in the introduction of newly added features such as staking and faster transaction speed, when compared to its previous speed.

eCash will also reportedly bring down its decimal places down from eight to two. Lead developer Amaury Sechet claimed that no other currency has eight decimal places. eCash is also powered by advanced technology upgrades.

“No other money has eight decimal places. Why should crypto? Cryptocurrencies with a lower unit price also enjoy higher bull market appreciation. Because the eCash team is incentivized by both tech and price improvement, this improvement was a no-brainer,” stated Sechet.

Due to this upgrade, all user’s BCAA coins will be converted to XEC at a specific ratio of one to one million. Wu Blockchain, a crypto media from China reported that the project will most likely be compatible with the Ethereum Virtual Machine (EVM). The upgrade is expected to function with Ethereum DeFi, that is currently under development.

BCAA has faced a hard time after emerging as a Bitcoin Cash fork in November 2020. Members of the community resisted Sechet’s move to redistribute 8 percent of the newly mined coins to fund the company’s growth and development. It is planned that, this will be applicable to Bitcoin Cash ABC in November, this year.